Look at this movie. Burlesque? How does it not scream out “hey everyone, we have scantly clad chicks that will make you all enjoy me!” Well I didn’t. 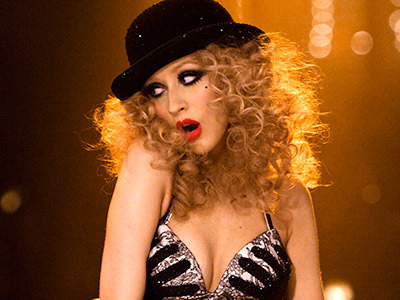 “Enjoy me right this instant, damn it!”

The movie begins with Christina Aguilera being a small town girl who just likes to sing. She hates her life, and isn’t getting paid, so she suddenly she rushes off to Los Angeles to look for a singing job. But she fails. And she then walks into Cher‘s Burlesque club, seeing a bunch of scantly clad women dancing to Cher singing. SHe wants in. Doesn’t get a job. So she just begins waitressing there for free, to get them to notice her.

Christina A has that “can do” attitude! She also ends up moving in with the bartender, Cam Gigadet, because her money was stolen and she feels unsafe. Sure, he has a girlfriend, but theres no way having a girl live there can be a problem.

Oh yeah. Kristen Bell is the star of the show, but the only actual singer is Cher. They just dance and lip sync to already made songs. Why? Because Cher demands it. Doesn’t matter if Kristen Bell can sing too. She wont let her. So eventually Christina gets a job, and thanks to Kristen sabotage, Christina ends up singing a song instead of lip syncing. People love it. She becomes a star.

Now, my problem with this movie is (besides the story being not too original) is that I feel like the movie was actually made just to be a showboat for Christina Aguilera. Since she sings all the songs but like, two (Cher gets those) it is just a movie about how good she can sing. And that is annoying.

When I saw the cast, and heard it was musical, I assume I wasn’t just going to get a Christina concert. Because of how the plot goes, no one else was supposed to get to sing. But damn it, I was expecting a Kristen Bell song or two, and so was she I bet. She was also the star of the show in my book. 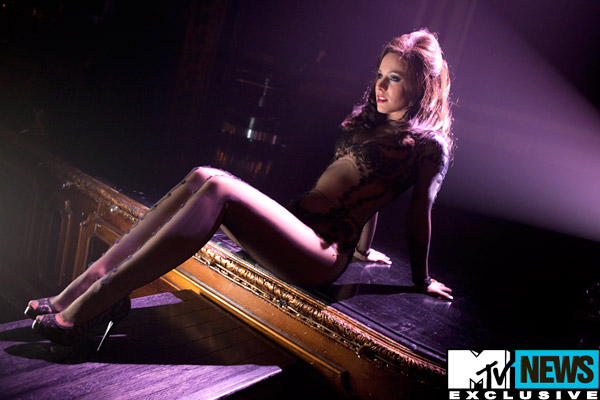 Wait. You’re telling me the fact that she was always drunk was a PROBLEM?

Stanley Tucci is also in this as “stage manager dude” and most definitely the best role. Everything else is a formulaic blah set to Christina and Cher acting like they are the best singers ever.