Skip to content
HomeUncategorizedBronies: The Extremely Unexpected Adult Fans of My Little Pony

My Little Pony: Friendship Is Magic. Such a hated and loved TV show. A reboot of an old toy franchise a few years ago, the series quickly spread across the internet.

The series, a show intended for little girls, quickly attracted them and more. Basically, every other group too, outside of the 65+ crowd. The number of middle aged / teenage men who liked the show and found it interesting became its own entity, and they were called Brony.

No other recent fan group has been as scorned or defiled as the Bronie. People have them assumed to be perverts, or a large gathering of internet neckbeards, known for their inability to not be socially awkward. And on some levels, both of those are true. There are definitely perverts and socially awkward neckbeards who like My Little Pony.

But the movie has a problem with that label. The documentary is about several Bronies, some maybe awkward, who have found enjoyment in the show, or have had the show help them in life some way, and their journy to Bronycon. 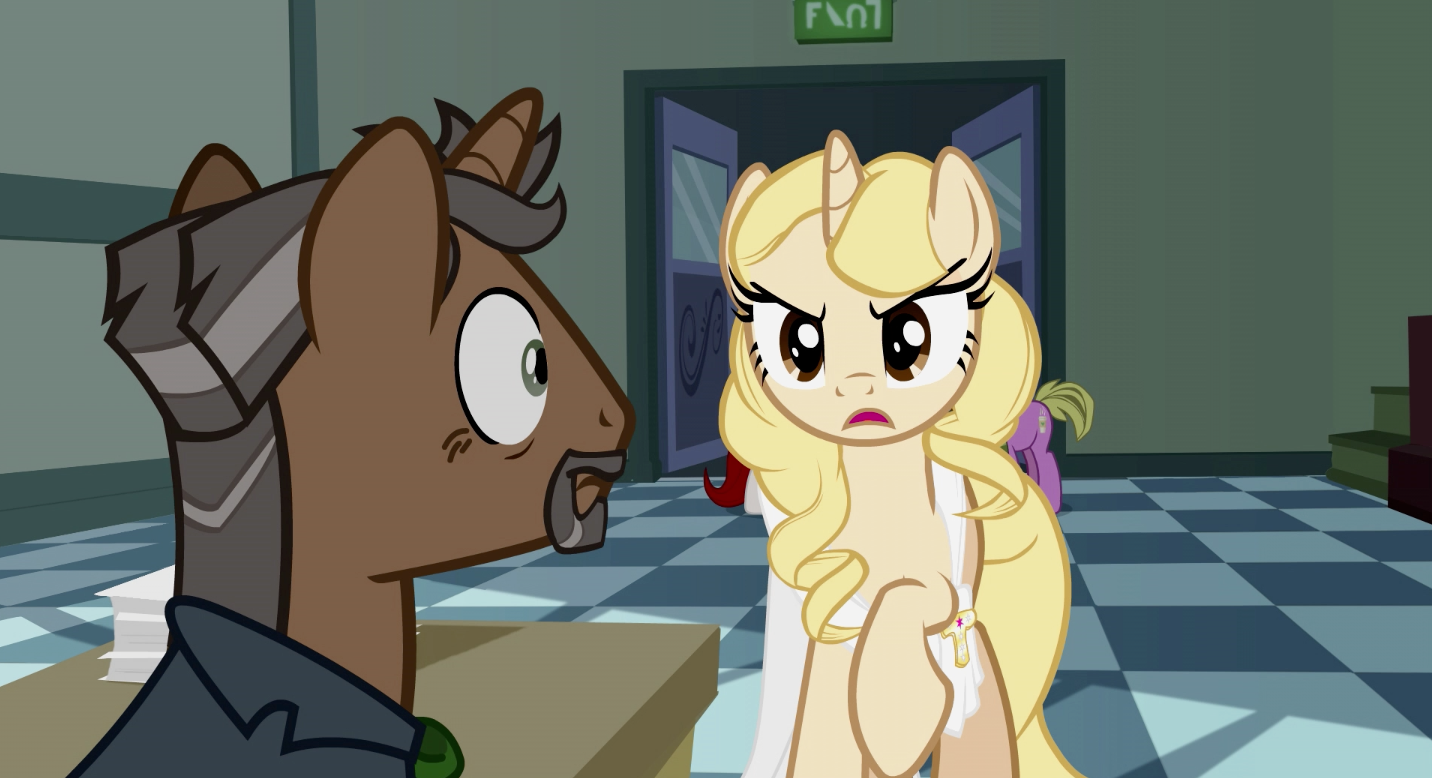 And they have new animated scenes done in rhyme to go over shit as well!

The documentary, Bronies: The Extremely Unexpected Adult Fans of My Little Pony, was basically financed by John de Lancie. He is popular amongst nerd groups for his roles in Star Trek and Stargate, but he also voices a recurring villain character in the show, making him popular amongst Bronies as well. He saw that the fans of the show had a lot of backlash and wanted this documentary to kind of put a hold on that to show that they are just regular people.

And it was funded by Kickstarter, but that isn’t too important.

Sure, going into some people’s lives was interesting, I guess. Some people were bullied, some had Aspergers, some became famous for their music based around the show. Sure, there are also some interviews with the creator, the creator of Bronycon, and Tara Strong, the voice of a few of its characters, but outside of that? Just a bunch of regular people going to Bronycon.

And as a documentary, sure, it did a good job of showcasing their average lives and how the show affected them, but that is it. It didn’t really delve into any issue. I was just a documentary about bronies, made by bronies, for bronies, in order to elevate them to a higher status.

I just wanted more. Again, the cool professor pony they had through 3 segments or so? That was awesome. And that was about it. Hell, it even brought up that the creator left the show, but didn’t go over why. I had to look up that information on my own. What the hell, documentary?

Regardless of this documentary, I am still not a brony. I have seen like, half of season 1 of MLP:FiM , but haven’t had a lot of desire to run back to the show. However, I still reviewed My Little Pony: Equestria Girls.

1 out of 4.
Tags:1 out of 4, Bronies, Documentary, The Extremely Unexpected Adult Fans of My Little Pony