Who would have thought that the little girl from The Nanny would become the most famous person on a movie cover?

Of course, Madeline Zima is no longer famous for that reason. It is for her bare all performance on the incredibly slow Californication. Regardless of why she is famous, she is now the reason I picked up Breaking The Girls to review today. 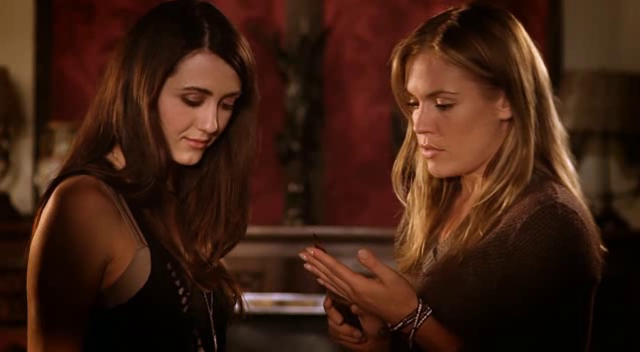 Also, the term “breaking” in the title has my imagination running wild.

Poor little old Sara (Agnes Brucker). She is a nice girl, she is. But because she pissed off the wrong classmate, Brooke (Shanna Collins), she is potentially getting expelled from class for doing something she didn’t do. But she has met Alex (Zima), and although she never fancied herself a lesbian, she apparently fell for her charm.

Next thing you know, they are living together. That sure did move fast. Alex is mad at her dad (John Stockwell), who is totally rich, but not letting her live her life the way she wants to. So drunkenly they decide to kill each other’s nemesis! They will both have alibis, and there is no way people could put them working together, if they live together! (Dumb).

Next thing you know, Alex actually goes through with the plan, much to the surprise of Sara. Alex also made it possible to blame Sara with the deed if she didn’t end up keeping her half of the bargain. Yep, you done messed with the wrong lady. 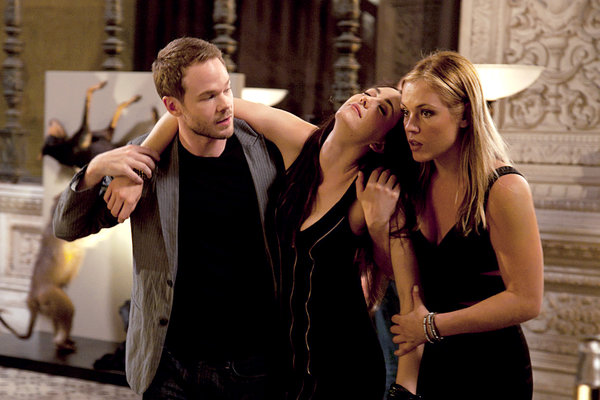 Oh, he is in the movie as guy who helps drunk ladies! That’s nice.

I was actually excited to watch this movie, and accept it as a thriller. I was ready for the twists and the turns. But the twists near the end didn’t make a whole lot of sense (When you compare them to actions earlier in the film), and the ending was pretty lame because of it.

The acting through out it was pretty poor, and really, I don’t why I keep talking. This part of the review is basically filler, because I have jack shit to say that’s really good about this movie. I guess it sort of had a Wild Things vibe going with it, so I am surprised it just isn’t another of its many bad sequels.

But by the time the movie is about to finish, they throw another twist your way. Unfortunately by that time, I stopped caring.