A home invasion thriller movie is not a new concept. So trying to find new ways to revitalize the extremely specific genre has got to be hard.

That is what happened with The Purge, remember?

Well, Breaking In is a film that wants to have the home invader be the savior. The mother. Because other people have made it in her home and locked her out, so she needs to break in, to save them. It can work, although the idea seems incredibly silly. The plot would need a lot of components coming together and it can very easily just seem B grade movie material.

And yes, they are doubling this as a Mother’s Day movie too, which is great, because that sentimental crap most mothers probably don’t care for in their movies. 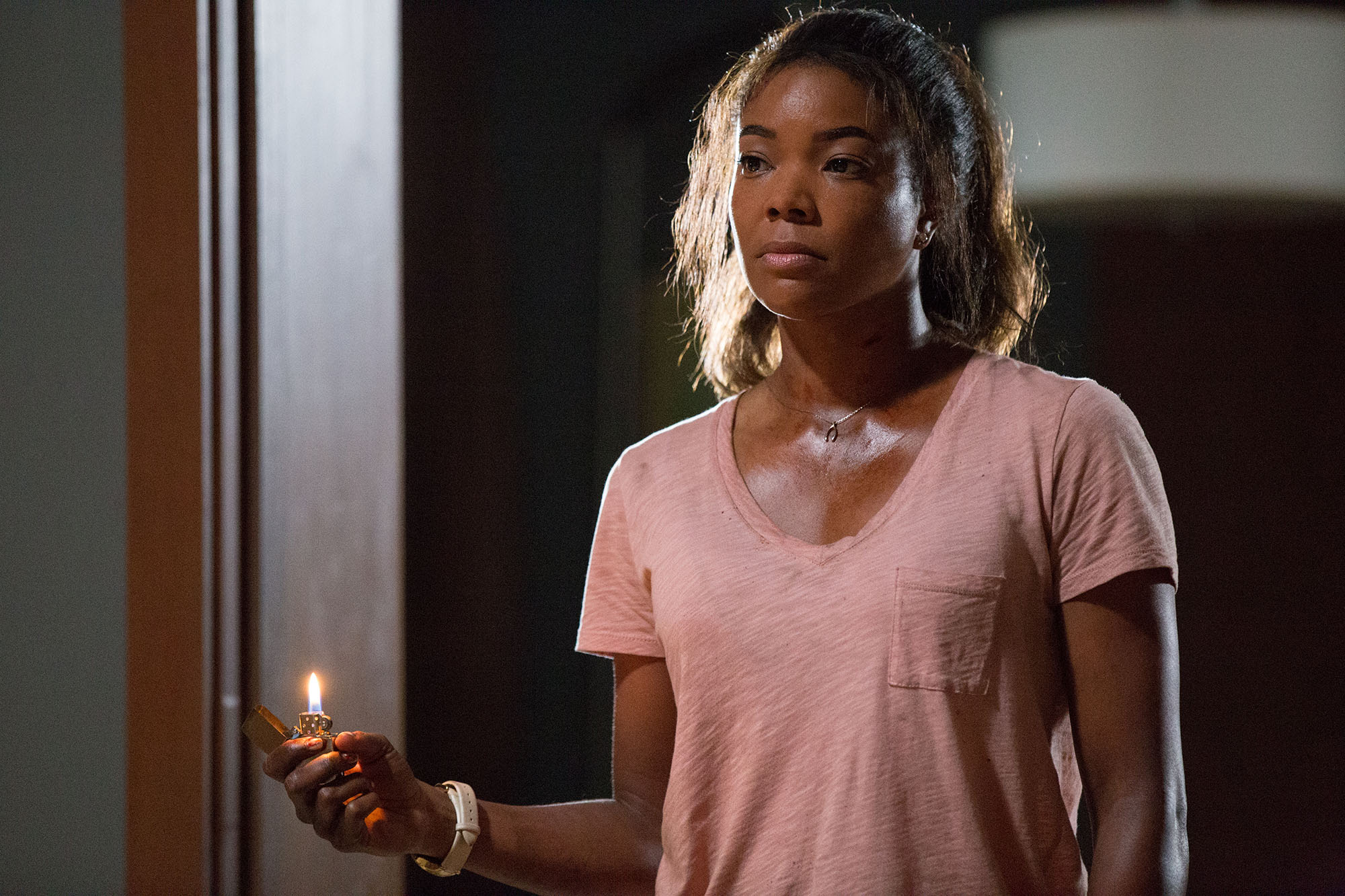 But I am not a mother. And I care for sentimental crap?

Shaun Russell (Gabrielle Union) is a mom just trying to do right by her kids. Her husband works a lot, and her daughter (Ajiona Alexus) is doing things with boys, but her son (Seth Carr) is relatively well adjusted still, so that’s good. She really wants to have a nice normal loving family, because she did not have a loving relationship with her father. Completely left her life basically, he was rich, and it turns out, a criminal!

Also he is dead. So she has his many assets, and bills. Including a giant mansion that she grew up in. It has some upgrades with technology and security, because her dad was paranoid. But she is there for one thing. To clean it up and get it sold! Get rid of those bad memories growing up, get paid, and go on with their lives.

Unfortunately, other people don’t want the same goals as her. You see, a group of criminals (Billy Burke, Richard Cabral, Levi Meaden, Mark Furze) that are loose connections to each other have been learning over time that the old man in the mansion had a safe with some big money in it. They planned on a simple go in, break in and out situation. They didn’t expect a family to deal with. This complicates everything, and when they lock the mother out of the house, she is not going to let them hurt her babies.

Unfortunately, the really fun moments were ruined by technical issues and not fully thought out writing. When we have an crazy defensive house, and they talk about all of its features and plans, you would expect for them to work. They said that if anyone gets close to the building, then it would set off specific lights to spot her. And they did eventually, but not later in the movie when she first started sneaking. They had awesome motion sensing technology in the house, but for some reason it could only sense a tiny drone flying around, and not the other two humans walking around.

The ending became very weak, both with the coincidences, the dialogue, and just the final outcomes.

Really, I just wish it was smarter. We have a cool concept, really, and done with smart writers could have given an overall great film. I am fine with the criminals and the characters making dumb decisions. That just makes sense given their situations and the unexpectedness of it all. And also, Union does a good job as the lead.

But the film does not live up to its concept and will be forgettable in a month or so.