Day 1 featured Blackhat, so we are going to remove our clothing and take a dive in the Black Sea instead.

I’d make a corny joke about what this movie is about and act surprised when it is something different. But how could I do that? It is called Black Sea! That is a real place, right there above Turkey. Huge as shit, important to history. Can’t miss it.

If this movie doesn’t feature the actual Black Sea, I will quit my job as a movie reviewer! 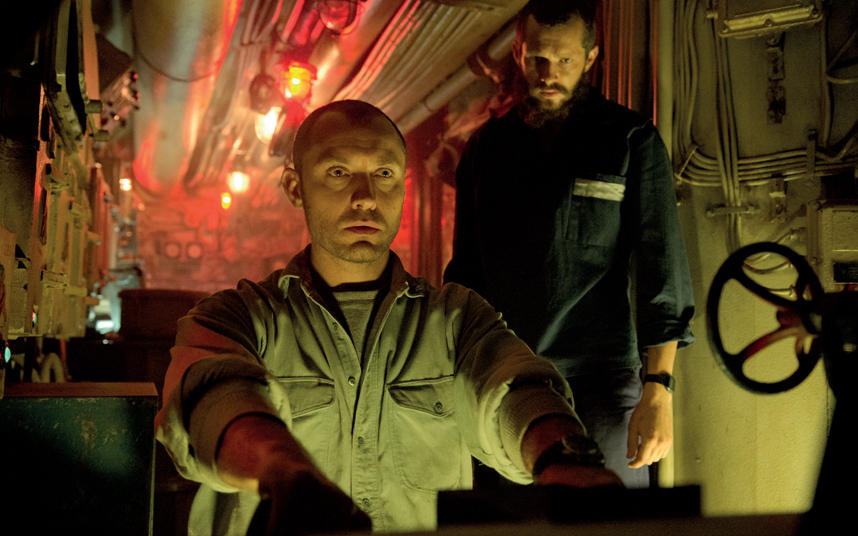 And drive a submarine into the job territory known as “Film Critic Land”.

Under water salvaging can be a tricky job, but someone has to clean that ocean litter. I have been told prisoners are not up to the job, so instead, real people do it and get paid! Like Robinson (Jude Law). Or at least, he used to get paid. Now he is laid off, his company doesn’t want him anymore, his job “redundant.”

But the good news is, now that he is jobless, he has free time to do crazy things. Like get a crew together and search for a rumored Nazi gold! Apparently a U-Boat sunk off the coast of Georgia (IN THE BLACK SEA) with millions and millions of dollars worth of gold bars in it. Some shit involving Germany and Russia. No one has been able to find it, but no one has had Robinson’s skills.

So he gets a backer, a mysterious Lewis (Tobias Menzies) agrees to fund the expedition for 40% of the profits. He gets a crew, half British (like him!) and half Russian (for reasons). They get a really shitty beat up sub and head on down!

But first, they have extra crew. Like Tobin (Bobby Schofield), a neighborhood kid who Robinson brought along for other reasons. And Daniels (Scoot McNairy), a representative of Mr. Lewis.

Our crew only has one translator though between the sets. And a whole lot of money on the line. People migh get all antsy and want to make their cuts a bit bigger. And hey, maybe there are even more twists and turns in line. MAYBE. 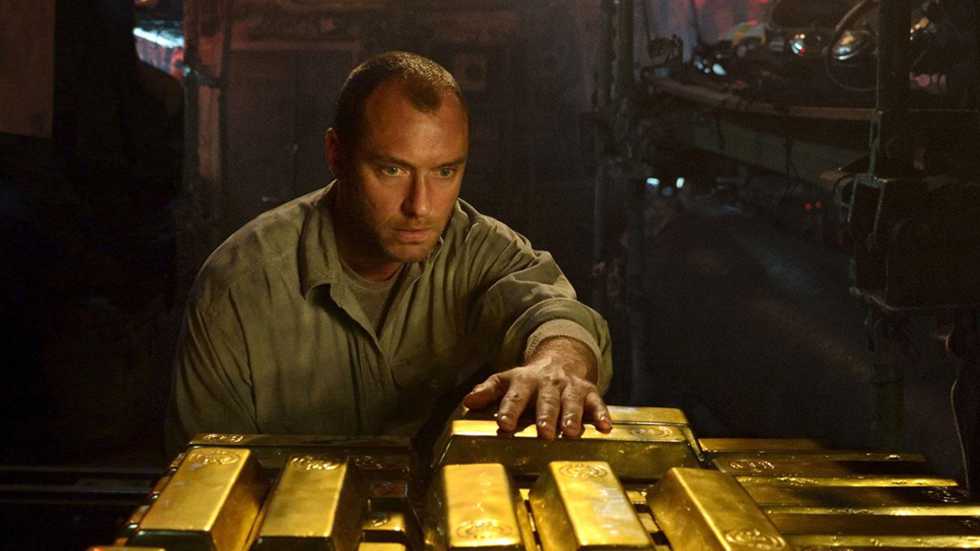 The movies initials may be BS but this Nazi gold sure is for real!

For the most part, I wouldn’t say I am ever really a fan of submarine movies. I mean, did you see Phantom? That totally was a real movie a couple years ago. Like a submarine itself, submarine movies are kind of limited in terms of what one can do with them. Only so many things can happen on a sub, so a lot of submarine stories end up using the same sort of events. There can only really be one Das Boot.

Despite this, Black Sea had a lot going for it. Enough unique members with a few different desires to make it not a complete one man Jude Law show. It wasn’t just a weird murder mystery thriller. That is what I was most afraid of. And speaking of Jude Law, he did a pretty swell job.

My main issue with it all is the ending. It was lame and cheesy and expected. I was getting pretty excited with how things were going, I was getting super into the story. Then the ending. Meh. I should also note the beginning of the movie is pretty dang slow. It takes awhile to get on the damn submarine, but once they do it, it goes up pretty quickly.