Originally I wasn’t going to watch Big Miracle, but then I remembered I watch everything. “Oh yeah! Might as well watch it asap then,” I thinks to myself.2

This is the best intro I have wrote for a movie. 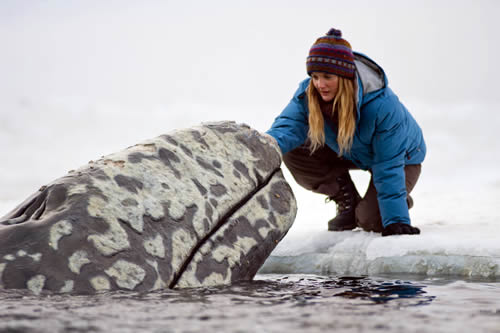 Based off of actual events in the 80s (and thus I don’t know about it), this takes place in a very Northern Alaskan village. Yes, that means Eskimos. For whatever reason, Adam Carlson (John Krasinski) is a reporter in their town reporting on random shit, for the main Alaskan news. People love him there, overall nice guy. He finds one extra report before leaving though, thinking people will love it. Turns out three California Gray Whales are trapped under the ice! The vast water froze quicker this winter, and three whales are sharing a small hole, miles away from the ocean to breath from. Damn, that is sad.

This story gets LOTS of attention. Wildfire amounts. The director of Greenpeace Rachel Kramer (Drew Barrymore) is already around protesting the selling of territory for oil, and of course the guy who bought the land for Oil (Ted Danson). Also tons of media shows up, including Jill Jerard (Kristen Bell) who is willing to take any story to get a leg up. The head reporter at their department (John Michael Higgins) thinks it is silly though.

Fuck, even the government gets involved! Cold War is still looming, and the government gets a Russian ship nearby, made for cracking ice to help. Because they have no idea how to help these things. Initial tries are failing. Even bring in some boys from Minnesota with ice melting technology meant for rinks to try and speed up the process. Eventually they get the only idea that might work. To constantly make holes in the ice a few meters apart, big enough for the whales to come up for breath, and lead them to the ocean, hoping that they follow said holes.

Sounds crazy? Well because it is. All the locals and news reporters end up helping, including Tim Blake Nelson playing some guy from Alaska! The main kid in the movie is played by Ahmaogak Sweeney, as they had a lot of real locals play the appropriate parts. But will the Whales follow? Will the Russians save the day? Will anyone die along the way!? 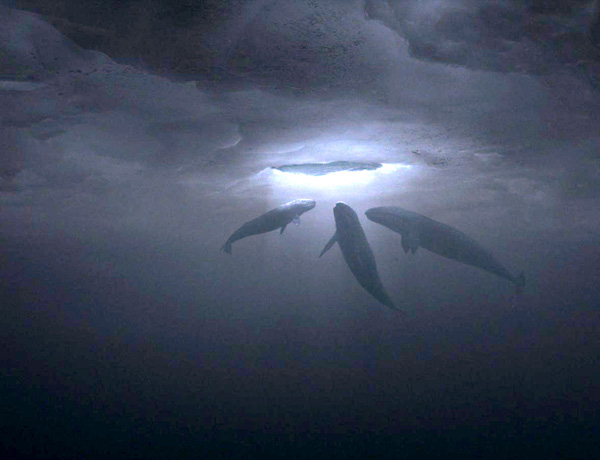 Hopefully none of them decide to jump on the ice. That would suck.

So, in terms of Family movies involving saving animals, this one is actually quite refreshing. True stories can be annoying like in Dolphin Tale, where the just poop on everything that matters and give a random inspirational tale nothing like the real events. But this stuff seems to be a bit more spot on.

First off, the main kid in the movie isn’t even the main character? Everyone seems to play an important role, and it isn’t from a kids point of view, like most “family movies”. That is cool.

Secondly, the oil people arent the bad guys. Literally everyone helps out in this movie. And people don’t even need convincing, all sides actively work together and want to save the whales. Sure, some also enjoy the positive PR, but damn it, there is no one stopping them and reluctantly letting it happen. No, it just happens.

I will note I found it weird that everyone seemed to be against letting the locals kill the whales for meat. Kind of rude. Their logic was sound, and would supply them food for quite awhile. Oh well, we love guilting other cultures into living like us.

But yeah, this touching story actually was a good watch, with mostly believable characters. Had some normal family jokes you would have guessed, but overall was pretty decent.

I wrote this review in June, 2012, the summer before I moved to Iowa. I lived in North Carolina at the time, and Blockbuster I worked at was already closed. So I had even more free time for films, and watched anything I could.

In Iowa, I met my now wife in the summer of 2013. Days after I met her she had to fly out to Alaska to go to the funeral for her uncle, Randy Roosdett. Why is any of this relevant? Well, he apparently was an extra in this film as an oil man. And that is kind of neat.