When people heard about the Ben-Hur remake, they went ballistic. And it is hard to blame them. It should be noted that the “original” Ben-Hur was actually a remake itself. That’s right, we got Ben-Hur: A Tale of the Christ in 1929! But the reason it was remade is because they wanted to go balls to the wall crazy with it. The director William Wyler wanted authenticity, real chariot scenes, and shit, they got Charlton Heston!

It is a technological epic film that is still watched and enjoyed today. So yes, there seems little reason to remake it outside of a potential cash grab, which is what the studio was hoping for with an over $100 million budget. 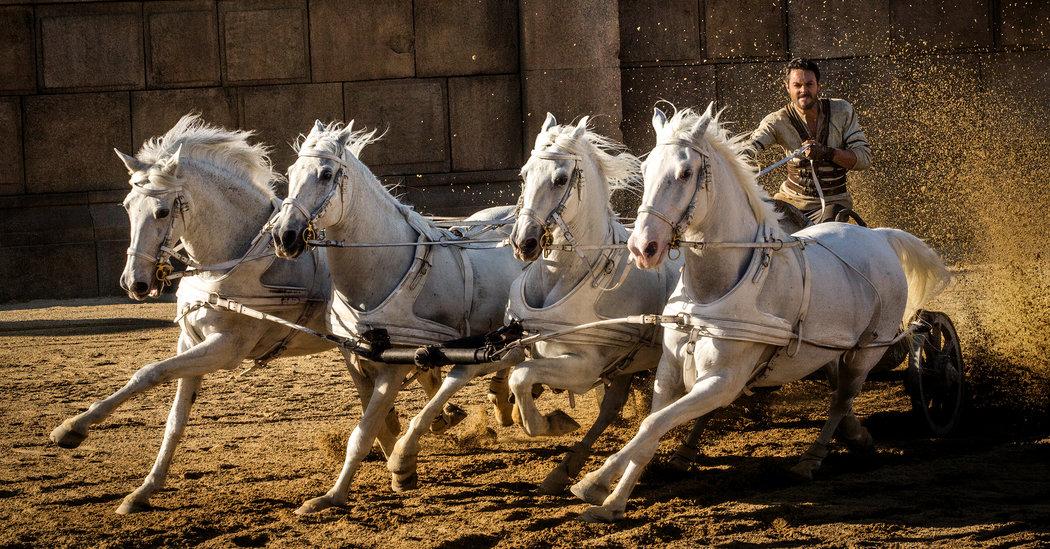 They really just wanted to nail the chariot scenes. That would have made it ideal.

Judah Ben-Hur (Jack Huston) has a ridiculous name, but hey, he is made up so it is okay I guess. He is Jewish and a prince, and his family is awesome. They adopted a Roman boy too into their family, Messala (Toby Kebbell), about the same age and they are great friends. They chariot race and all that shit. The mother is played by Ayelet Zurer, and sister by Sofia Black-D’Elia. Messala feels weird though and leaves the family to join the Roman army, while Judah decides to marry a slave (Nazanin Boniadi).

Years later he returns, a great soldier now and Judah wants him to be an informant. A lot of people hate the Roman rule now in Jerusalem and want to rise up. He lets Judah know that a new governor, Pontius Pilate (Pilou Asbæk) is on the way. And when he shows up, a guy Dismas (Moises Arias) tries to kill him and fails.

This causes their palace to get overrun and Judah takes the fall for Dismas. His mom and sister are crucified, and Judah is sent to be on a ship to be a rower in the wars. Fuck. Also he meets Jesus (Rodrigo Santoro) when getting walked and whipped down the street. Needless to say, the brothers get mad at each other, a lot more shit happens, and some people get hurt in the process. 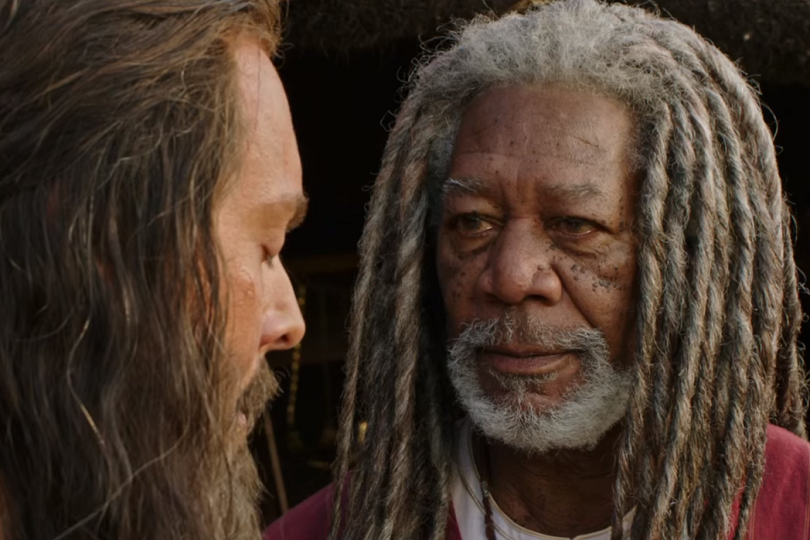 Eyuuch. Oh man. There is bad, and then there is this Ben-Hur remake. This film tried to recreate an epic, but in a modern way. And despite going for an epic, it made it only 2 hours long to tell the same story, in 90 minutes less time. The original was slower, but it moved at a pace very deliberate to make sure everything was clear, motives and other wise.

This is a modern movie, so it is rushing right out of the gate and forcing you to keep up. It has a lot of region specific actors in side roles, and gives us a couple of white British people leads. I felt a bit lost very early on, despite being a little bit familiar with the story and it never really got better.

In fact, for those watching it, they will quickly realize that this is not a movie they should invest their time in. They will either shut it off, or play on games on their phone throughout it. The filters used to give it the old time feel make it actually just a pain to watch.

In addition, it reminded me of other recent bad “Ancient” movies like Immortals or The Legend of Hercules. No, it didn’t have CGI magic or anything, but just that bastardization of the past feel.

Even the chariot scene doesn’t save it. We have laws now that prevent any animals from ever being harmed now, so it doesn’t look as real as it did a long time ago. It feels fake, it feels processed, and it fails to keep any interest.

Ben-Hur is the remake no one wants, done in a way no one cares about, and was apparently a movie no one saw either, for good reason. Big pass.