When I saw the movie Beastly, I figured it was about what everything figured it’d be about. Some retelling of Beauty and the Beast, somehow. Probably modernized. Well. This is true. A modern live action retelling of that movie.

Hmm. I am fine with this as a concept. But depends on whether or not they execute it at all. 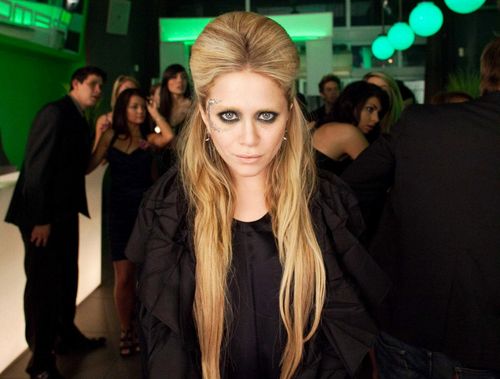 Also depends o- OH GOD WHAT IS WRONG WITH HER?

Alex Pettyfer plays pretty bow awesome dude. His dad (Peter Krause) is a wealthy music executive or something who has always taught him that good looking people get farther in life, and he has made that his motto.

But then something crazy happens. He makes fun of Mary-Kate Olsen too many times and she casts a spell on him! (Let that be a lesson for all you Olsen haters). She turns him into a freak, more or less. Tattoos, bald, piercings, and these weird scars that don’t make any sense. All over his body.

In order to save himself, he must find true love in a year (and have someone say they love him) or else he will stay like that forever. It freaks out his dad, who lets him stay in a house outside of the city, telling him he will go there too, but never making that trek. (Ashamed of his ugly).

He has to live alone with his housekeeper, Lisa Gay Hamilton, who hasn’t seen her children in decades, and eventually Neil Patrick Harris, a blind tutor.

Eventually he actively tries to find love, with Vanessa Hudgens who (through a series of moves) has to stay at his seemingly empty mansion. Can he make her love him in time? (Oh yeah, and if he does, NPH gets his sight back and his housekeeper will be able to find her children). 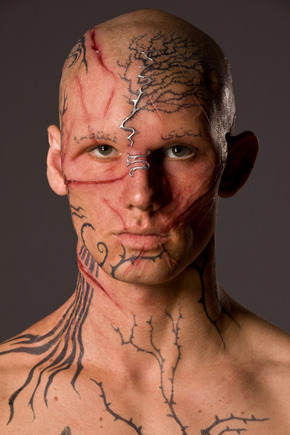 Seriously. Do the scars make any sense? The bloodyness look of them always?

Anyways, I liked the overall plot of the movie, but two certain things bugged me.

One, the love between the two leads. Nothing about it seemed real at all. It all seemed fake and forced. At the end one is left wondering how the hell she came to love him. What, they read some poetry? It was pretty bad acting and distracted me from everything else.

Second, the “lesson”. I am not sure what he learned, after it all. I know this is also a problem with beauty and the beast…but what was it? That ugly people find love? Based off of how the movie was set up, it would make more sense for him to find true love in a less attractive person, the people he made fun of. Yet somehow, he was an asshole all his life (okay raised that way), and he is rewarded with an attractive on the outside woman too?

This is probably just a Hollywood problem, because they love doing “ugly/mediocre guy” with hot woman, and never the other way around. There was no “Gaston” character in the movie either. Aka, someone who was like Beast before transformation, who gets killed, without getting the chance to have his own year to reconsider his lifestyle.

I don’t know, the bad lead acting and the message just bug me a lot in the movie. If they at least made their love seem like it was real, and not this BS love that happened, I would have enjoyed it. But the latter problem would never have been fixable.