I have been told by one of my friends that Netflix has been pushing Bachelorette on them pretty strongly over their last few movies. No matter the movie. Now, I am not going to make the claim that they will ignore their “If you like this, you might like x?” formula sometimes for advertisements, but the evidence seems pretty strong.

For shame, Netflix. But I took it overall as a request to see the movie myself, you know, like I tend to do, and decide if its worth all this Netflix hype. Maybe they are just making up for its lack of advertisements elsewhere? After all, pretty impressive cast. Kind of. But I only heard about it after it hit video, so clearly people didn’t care about hyping it in the slightest. 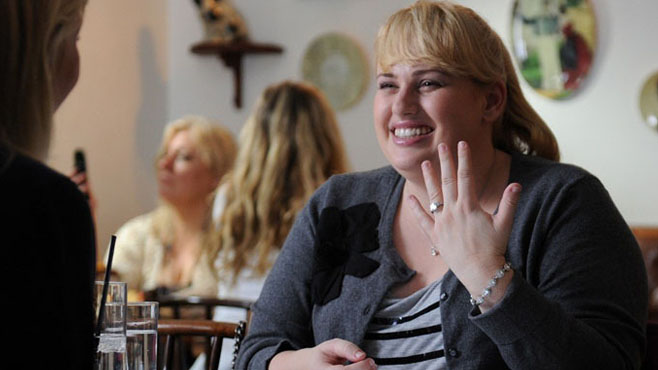 If you saw the cast, you did not guess the bride to be correctly.

Becky (Rebel Wilson) is getting married, yay! This actually kind of pisses of Regan (Kirsten Dunst), her best friend. How could her “Fat friend” find happiness in marriage before her? What the heck?! Either way, she will be her maid of honor and help her plan a kick ass wedding, but they still need their two best friends from college, Gena (Lizzy Caplan) and Katie (Isla Fisher).

To help with the recap, we have Becky the Happy, Regan the uptight and pompous, Katie the drunk and cokefiend, and Gena the sarcastic and apathetic. Great, different personalities, and not one of which is the “slut” (arguable, when Katie is drunk, but shh).

Well, things get dicey at the bachelorette party, when the stripper (Andrew Rannells) calls Becky a pigface, a mean nickname in high school. Shit, are her friends actually still mean bitches who can’t be nice for once? Things start getting out of hand, including a ripped up wedding dress. This leads the remaining trio to go out to try and fix all the problems the night before the nuptials.

It also features Adam Scott, Hayes MacArthur, Kyle Bornheimer, and James Marsden! They play either the groom, exes who are still in love, or new people who just want to get laid. I will let you figure out who goes with who. 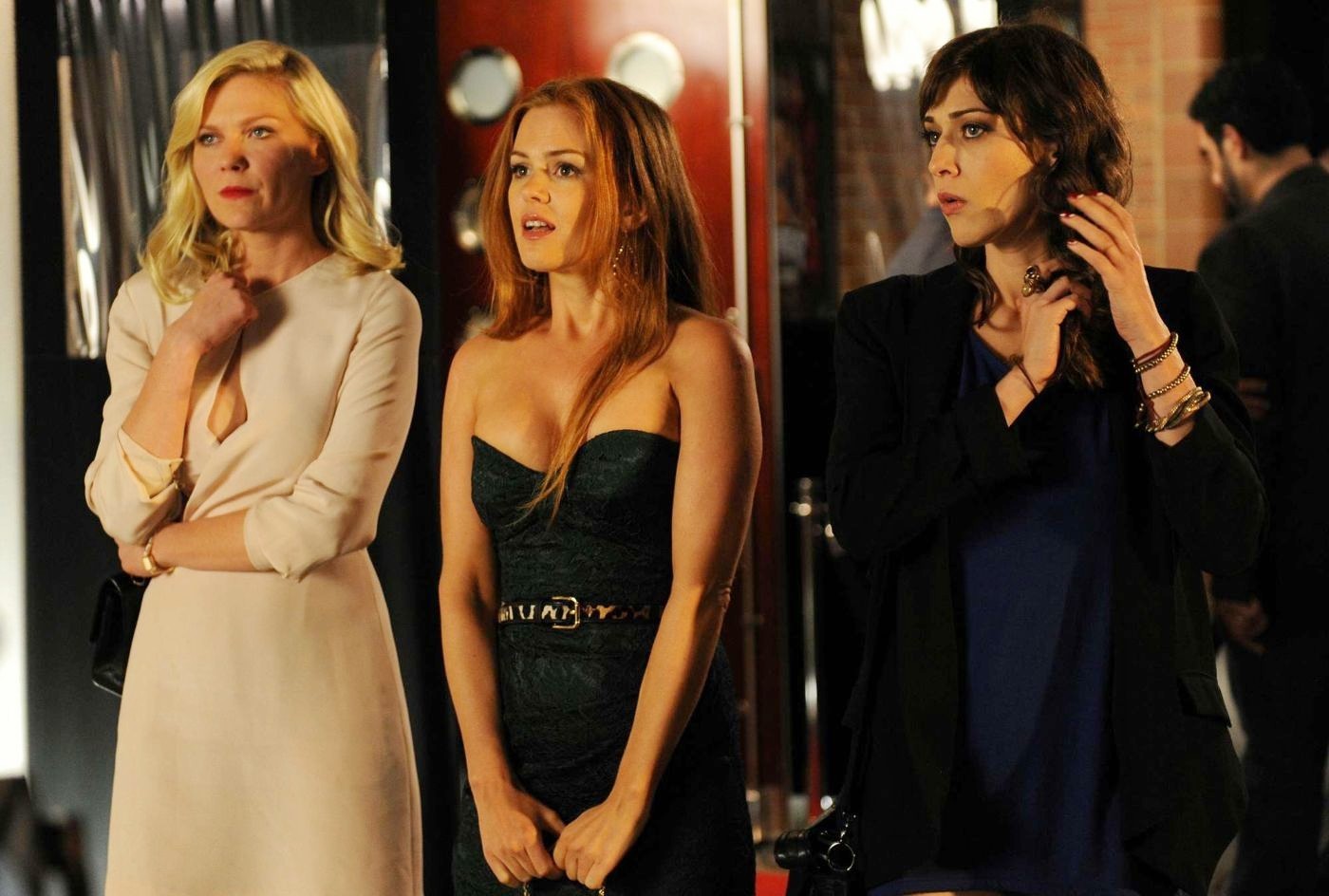 Pictured, the female version of The Hangover. It would be Ed Helms, Zach Galifianakis, and Bradley Cooper personality wise.

Well, this movie is a little bit bleak. I mean that in the best way possible. All three of the main girls have unlikable virtues associated with them, and they are all pretty callous, but that makes the film more exciting for me. Bad people, being bad. They are trying to make a harder comedy, but with women! Sure, maybe I should be worried that movies trying to do this tend to be about weddings, because apparently that is the only thing women do. I will let someone trained in sociology to figure out the ramifications about that.

It wasn’t an insanely funny movie by any means, but at least it was a bit interesting. I am mostly annoyed by the ending, in which they attempted to redeem every character and wrap up their plot lines in happy endings.

Boo. The entire movie was about unhappy people. I wanted more unhappy endings. Bring on the sad people!