A Christmas release? Could it finally happen? Could Assassin’s Creed be the chosen one?

Ever since Super Mario Bros. we have been turning video games into movies and hoping it would finally work. Some early examples like Street Fighter and Mortal Kombat at have their moments, but still fall short and feel cheesy. Other noble attempts include Tomb Raider, Resident Evil, and Final Fantasy: Advent Children is one that I personally adore. But year after years they are met with criticism.

They try and provide fan service but if they do too much they don’t make an understandable film for those who don’t play the game. If they abandon the game, fanboys get mad. And yes, most just don’t try.

But in a year with FOUR movies based on video games (Ratchet & Clank, Warcraft, The Angry Birds Movie) Assassin’s Creed has the potential to finally break the mold. It has well liked actors, a director with a vision, and it is based on a game with a decent story. 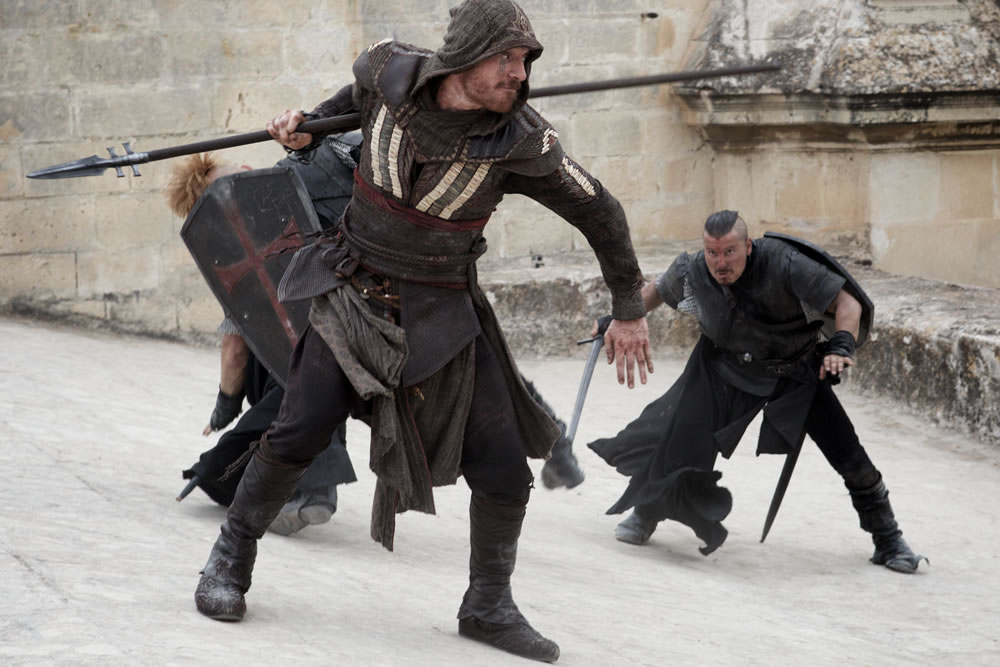 And hey look, fights! Most video game movies have these!

In this world, there is a secret order of Templars and a secret order of Assassins. The Templars wants to find the legendary Apple of Eden, which holds genetic code and if they get it, apparently they can control everyone’s free will? Crazy yeah. The Assassins don’t like that, and they want to stop them, because they like free will.

In modern times, Cal Lynch (Michael Fassbender) is getting executed in Texas for murder. His dad killed his mom way back when and he is violent too. But after his “Death”, he finds himself woken up in Spain in an Abstergo Industries compound. He is not dead! According to this doctor lady, Sofia (Marion Cotillard) he is no longer a prisoner, but if he helps them out, they will give him a new identity, wealth, and he will live out his life.

It turns out that one of Cal’s relatives in 1492 was one of those Assassin people! And that guy’s DNA also runs in his blood. Abstergo has developed a machine that will let someone experience these DNA memories as if they were real, in order to gain knowledge. They believe that Cal’s ancestor, Aguilar, was the last person to see the Apple of Eden, and they want it, damn it.

So Cal has to deal with his past anger, his current anger, and determine how much he wants to help out these strangers in exchange for a whole new life. But hey, maybe these memories on their own can give him a whole new life. A whole new…Assassin life. 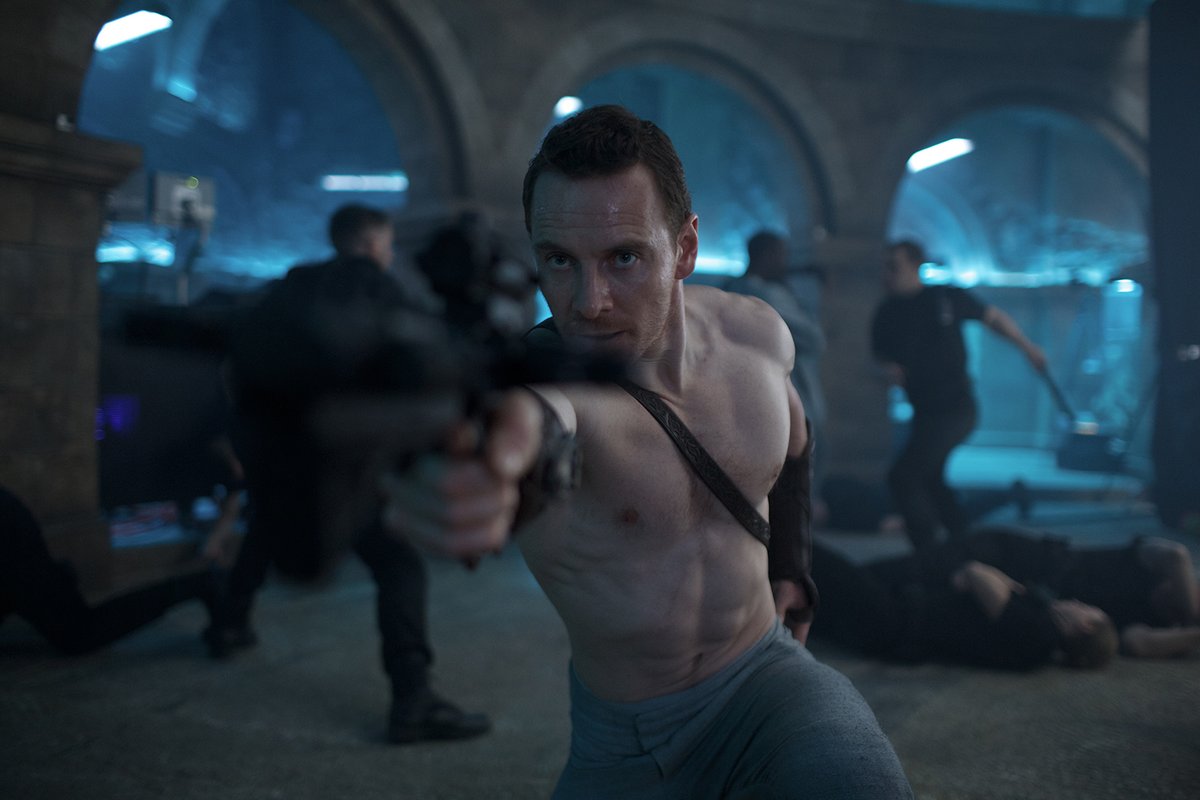 This whole scene feels like a “Previously on The CW” advertisement.

If I could wipe away the memory of the many hours I have spent playing these games, in order to give an unbiased review, I would. But alas it is all still a part of me, despite being a new story.

The film was an unfortunate mess. It begins with scrolling text as a quick way to introduce you to the plot, but it will make those not knowledgable with the game roll their eyes. After the exposition, we still take awhile to get to the main point of the story, where they have to give even more explanations to show how it is a story within a story. The time spent just setting things up will make the casual viewer bored or the at the very least, confused.

The ending is also a huge mess. It goes past the logical ending point to maintain some mystery and instead tacks on an additional ten minutes that drag it out needlessly. I am advocating that a more open ending would have done this film wonders for once, as it badly wants to become a franchise.

But it isn’t all bad. In a way, Assassins Creed is really just a disappointment. Fassbender is excellent in this film, he feels tortured, morally confused, and is a nice lead. The action sequences get really intense at points with a few callbacks to the series. The biggest callback are the leaps of face, which take forever to actually occur and are mostly teased out and ruined. It didn’t have too many game call backs though, which will disappoint those fans of the series.

Having the Spain portions in Spanish did add a nice element to it. Only a few real historical connections to the events though. If they had instead picked the original games story it might have allowed a better plotted movie.

It is still relatively nice to look at. It isn’t anywhere close to Macbeth levels of cinematography, but it is still above average.

Assassin’s Creed was supposed to be the chosen one of video games, especially after Warcraft. While still better than the norm, it was still unable to raise the bar that much higher on the video game film.