Miraculously, Arbitrage is a movie that came to the theaters that I had the pleasure of never hearing about before.

Seriously. It was just a giant surprise. “What the fuck is Arbitrage?” I thought to myself, and probably what you are thinking as well. Needless to say, I was stoked. It has been a long time since I’ve seen a movie I didn’t hear about before or see a preview for. Like I used to. Damn movie theaters, always spoiling shit.

Thank you cheap theater. Thank you for giving me another one of these. 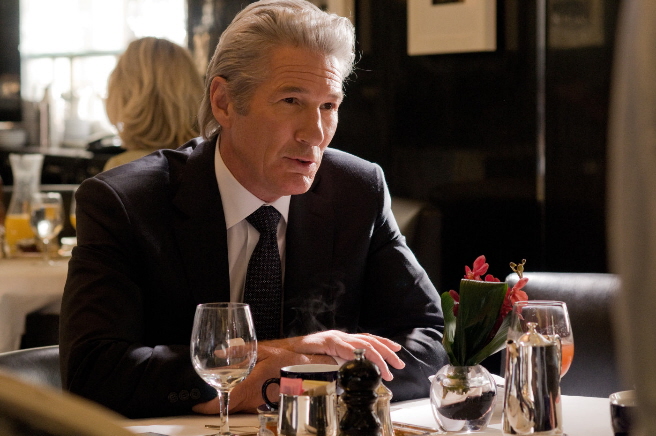 Can he play anything but a rich guy now? He looks like he has money falling out of his eyes.

Robert Miller (Richard Gere) is your standard big money man on wallstreet. He is old, white, and Republican. I assume the last part. Either way, he runs an investment company, because that just is money on money. But for some reason he wants to sell. His daughter, Brooke (Brit Marling) is a high up person as well, and she doesn’t know why he wants to sell. They are so successful!

Or are they? If they were lying about their profit margins, and actually losing money, selling would probably be a good idea. Get paid, run off, fuck the new guy. Why not?

Speaking of fucking, of course Robert is seeing someone on the side. I mean, his wife (Susan Sarandon) is old. She isn’t Julie (Laetitia Casta), a 20 something model artist.

Bow chicka. So much bow chicka, that they even go on a midnight ride in the country. Fuck responsibilities, time to live it up! Unless you get tired, and crash the car, and kill your girlfriend in the process.

Err, uhh. Well. Whoops. Time to call the only black person you know (Nate Parker), get a ride, and hide it all from the cops (Tim Roth). You know, who know you have hired her as an artist and probably having an affair.

Trying to sell your company under illegal pretenses while being investigated for a murder probably won’t lead to happy times. 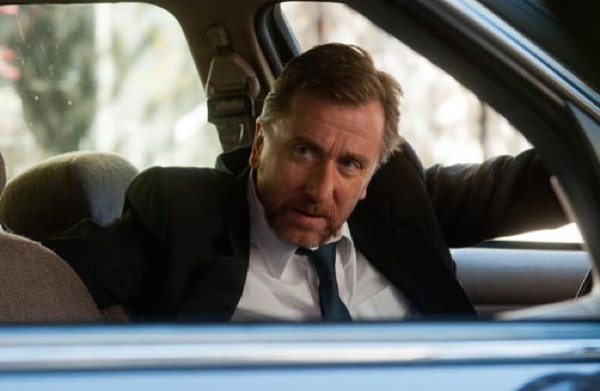 Oh hey there Tim. Long time no see. Just been hanging out? Keeping to yourself mostly? Wait. You’re not still upset about Lie To Me, are you Tim? Oh come on, you know it went on too long and peaked with season 1. Damn it Tim, come back here. Act in more things! Tim! Tim stop walking away!

Sounds very HBO show like. This movie, obviously rated R (for language, mostly) gives you all that and more. Eventually. But at the start, it moves pretty darn slow.

Not only that, but it moves in the slow, obviously hiding stuff now hurry and get to the point, way.

Some of the acting was decent, and I liked the few twists that happened, but the final one seemed a bit ridiculous. Kind of ruined the ending for me.

Arbitrage (which I will now pronounce Arbit-RAGEEE) gave me a lot of things I might not have seen before, but overall, it was just another okay movie.