When I first heard about Aquarela, I knew I had to see it, because I knew a lot of people wouldn’t go out of their way to see it and what’s the damn purpose of my site if I don’t go and see it?

It’s a documentary, and I try to champion documentaries on here. It is about water. And that is about it.

This is not a documentary talking about climate change. It doesn’t have scientists explaining things over beautiful footage. It doesn’t have an overarching story of people doing things in the water. It is more or less just footage of water, or its frozen version ice, just doing its thing. We have /some/ talking, which comes with subtitles, but that is few and far between. Because the humans are not meant to be the star, but the water is.

Now, this film was done with incredibly detailed cameras. It was filmed at the insanely high 96 frames per second. If you remember all the Hobbit fiasco, some of those films were shown at 48 frames per second, and it rubbed plenty of people the wrong way. But because this is nature, seeing it in a higher frame rate seems like a fantastic idea just to get all hard on nature.

I can’t tell you what level I saw the movie at, but I assume I saw it at 48fps, so not as good as the filmmakers intended.

Oh, and because this movie is Denmark in nature, it also features a lot of metal music. In fact the composer was the main member of Apocalyptica, a Finnish cello metal band. You’ve probably heard their covers of Metallica or some Christmas stuff. 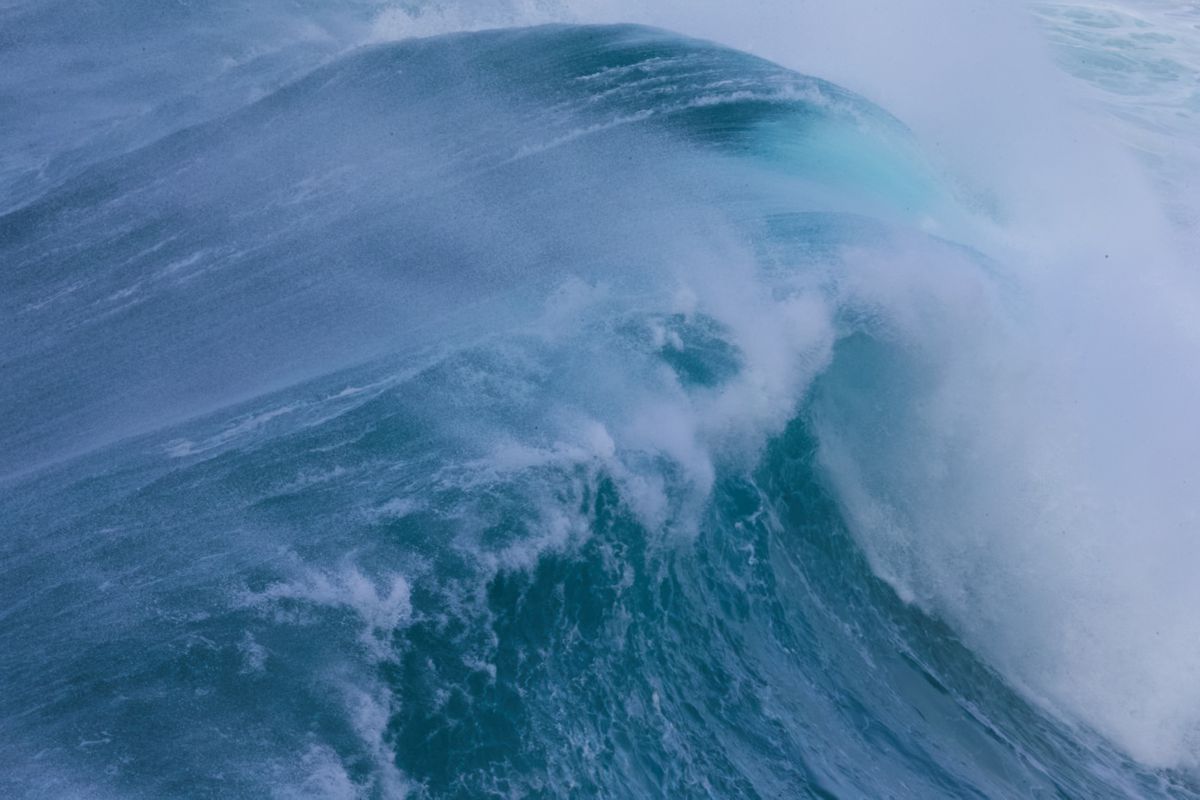 Okay, now yes, there are actual problems with this documentary. Not including the over hour wait to see it due to having the wrong codes. For 90 minutes, I think around 45-50 minutes of it are about ice and glaciers. That is half the movie! About ice!

And it had some great shots. In fact, the best part of the movie is in the beginning. Just so you know, a person dies in the first 20 or 30 minutes. We don’t see their body, but we see what causes it, we see the attempt at a rescue, and we see reactions of his friends. It is the highlight due to being a tragedy. Unfortunately, the rest of the movie does not hold up.

One of the main problems with the film is of scale. We eventually are on the ocean, with two people on a boat, and for way long we get footage of them, I dunno, turning dials and cranks on their boat. No dialogue, no reason for what they are doing, just cranks cranks and waves. And we see very big impressive waves! Or tiny ones. I don’t know, because the scale is really damn hard to tell.

Eventually we also see some hurricane disasters, and river things, but they have way less time than the other two parts. And also during this part is this very strange out of focus cave scene, and it takes FOREVER to get through with no real reason for its purpose.

It feels like this documentary has too much filler and didn’t get enough diversity in its extreme water scenes.

It also doesn’t have enough metal music. I think it brings in metal only three times, maybe four, during the movie. And that is great. This whole thing should just have gone for extreme footage and metal. That would have made it more entertaining, like a concert film with water extreme visuals. But the metal is too few and far between.

Overall, it is pretty to look at, but its unevenness with its structure and focus, its lack of scale, and lack of party, means almost no one will care about this documentary.

2 out of 4.
Tags:Aquarela, Documentary, Water