Another Earth takes a simple concept movie, about guilt and redemption, and adds a second “Holy Shit What???” Sci-Fi ish component, to help ease all of the tension. Or make more tension. One of the two. 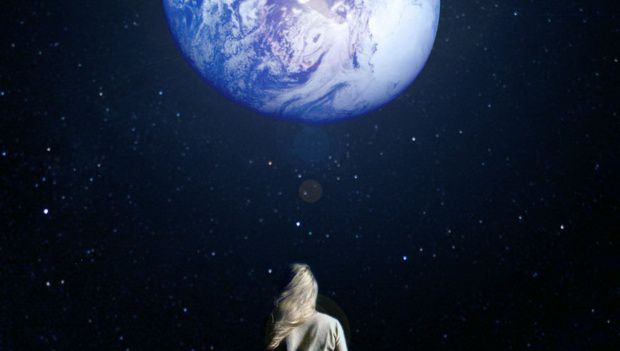 This would seriously fuck up the tide.

The movie begins with some people driving. They get into a car crash. BOOM.

Four years alter, Brit Marling is getting out of jail. I think she was underage at the time, like 17, but put in prison for those four years thanks to accidentally killing a whole family in the other vehicle, except for the dad, who was put in a coma. Brit feels horrible. I assume her whole four years in prison she had one of those dark rainy cartoon clouds following her.

Not to mention, that during her time in jail, scientists discovered “another earth”.

Right now, I will say that scientifically this movie doesn’t work. They give you tidbits throughout the movie, in terms of news on tv, and other radical discoveries. But apparently there is a second earth on the other side of the sun, in the same orbit, that has human life. First they question if it is some space mirror phenomenon, but after sending probes it is not. Weird shit starts to happen when they finally are able to send messages over there with responses. Why weird shit? Because the Dr Lady who sent the messages in Earth 1 was talking to some Dr Lady of the same name. Who did the same grocery shopping that day. Who has the same birthday.

We are supposed to assume that the same chances and things that occurred on our Earth, occurred over there as well. If everyone has someone else who has had all the exact same experiences happen to them, they would make the same decisions. Also known as determinism.

So over time, for some reason, the planets are getting closer, and you can see it in the sky. I don’t know why there.

Back to plot. The guy gets out of the coma, William Mapother (Ethan from Lost). He can’t function the same way, his brain hurts a lot. Used to be a music professor, now lives at home in the muck. Brit, with her guilt, eventually finds him, and lies, pretending to be a free trial of a house cleaning business, to try and get to know him and help his life out.

All relationships of course that begin with lies eventually come out. 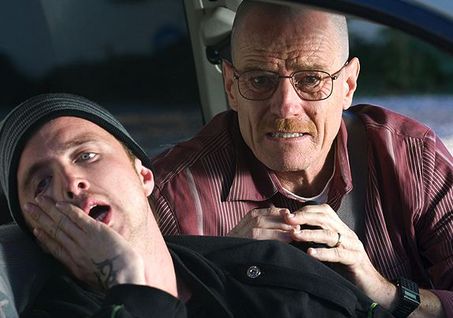 True for everything but Breaking Bad (so far!).

Brit also enters a contest to win a seat to the first spaceship to go to Earth2.

That is about all I can say. The movie, again, is about second chances, and unfortunately, the ending leaves way too many questions. I was shocked at what happened, and really, my mind can go all the different possible ways with what it shows.

It is an indie movie, with an obvious small cast and lesser camera work, but if you make it through, and ignore the scientifically impossibilities (in terms of the Earth getting closer and not screwing things up / wondering if it also had a moon / dinosaur meteorite?) then it should make you think. In the good way. I think I might have to watch it again, just to see what I might have missed!