“I once was a dumbass,” could be the name of mine and many other people’s autobiographies. That is just a part about growing up. When An Inconvenient Truth came out, I didn’t watch it. I knew what it was about, but I didn’t care. After all, I was a senior in high school and I was pretty sure Global Warming was fake.

I wasn’t going to let some guy known for not wanting to give up an election tell me what to think. I had other people for that. Like Penn and Teller! And South Park, namely their quite famous and still amusing episode, ManBearPig. You see, that episode had Al Gore running around Colorado, talking about some mythical ManBearPig. He was super cereal about the whole thing, this threat that no one believed, and he did more damage than good.

I got it, I got the joke, I was super cool and I knew things. Then I eventually did know things, quickly changed my mind, realized that I was just being a stupid. It is especially dumb since I went into the Geology field, where of course we all know and agree that Climate Change is happening and it sucks. Even the oil companies.

But still, I did not see the documentary. At that point I didn’t need to. However, a sequel to that documentary? A new thing? An Inconvenient Sequel: Truth to Power?

Yeah, I was going to jump on that moment. 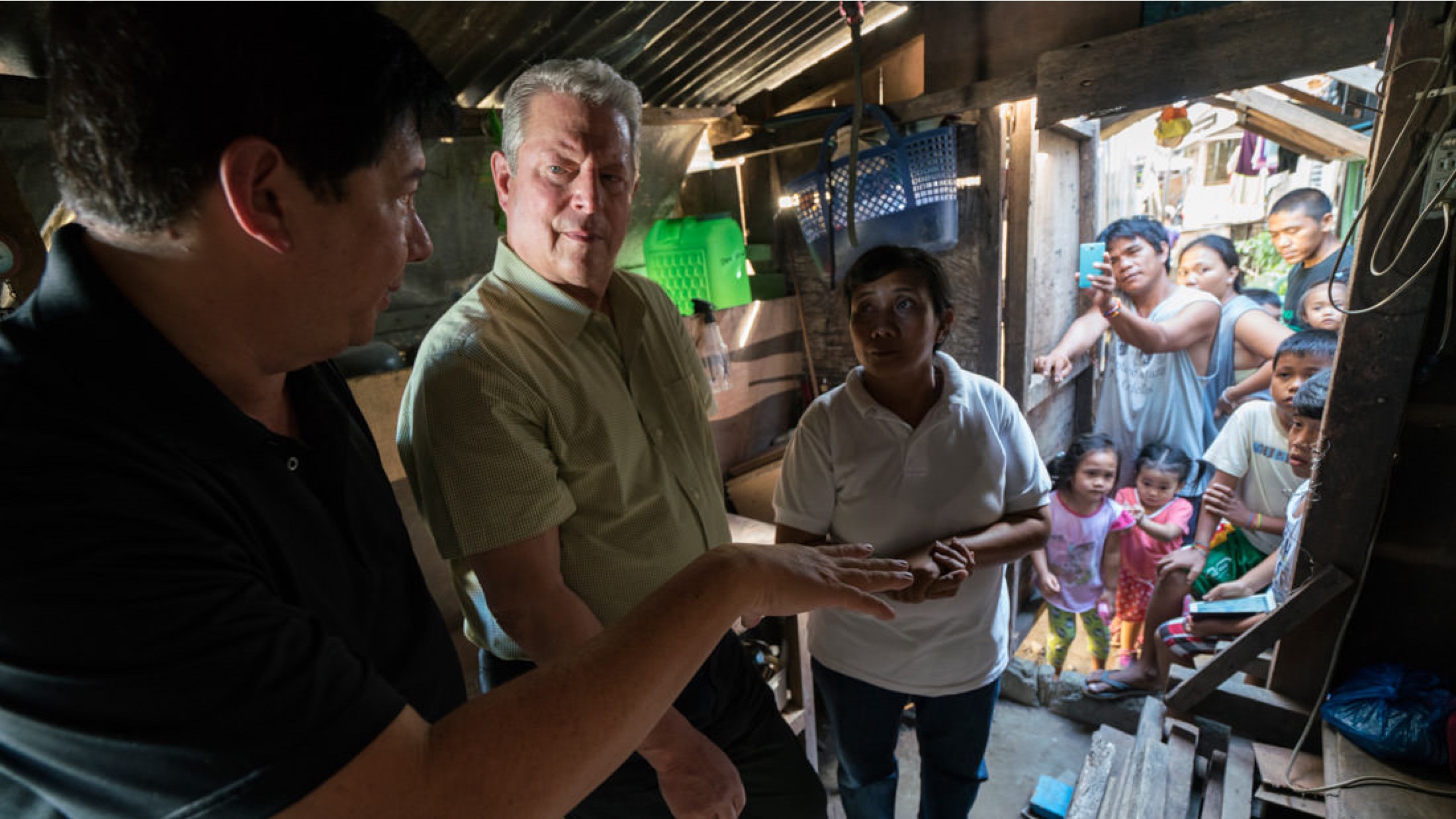 And it looks like he has a lot of fans at the doors just happy to see him!

The sequel title calls itself inconvenient, because ideally the first one would have been enough for the world. But no, global warming was politicized, it became a Democrat versus Republican issue, despite being virtually 100% agreement amongst scientists. And plenty of easy to understand data for everyone else to get the main themes. The sequel title maybe should have added that they are pissed off they need to make another documentary.

Anyways, a lot of this documentary covers the efforts they have done since the last documentary. How their efforts have changed and grown since the documentary and Peace Prize. And how major storms have grown and impacted more and more areas, more often than ever before. Of course also, the dumbfucks who refuse to listen to any amount of reason, yet still get elected into the higher positions of power in the United States.

That is the entire documentary in a nutshell. It only had limited information based on Trump’s actions, since it takes time for this stuff to get out and shown in festivals, but it did highlight some of them.

And yet the main issue with this documentary is just how boring it made everything seem. Maybe it is due to the fact that I am so knowledgable now, I don’t know. But I could not get into this story at all. It just lacked a lot of passion (we got some at the end) throughout the film and I just didn’t care.

If you want people to like your documentary, you gotta get them interested in the topic, factual, and keep it interesting. Destruction of all mankind on its own isn’t enough for most of us, unfortunately. Just a dull, dull, documentary.