Ha ha ha! A girl who sang about not wanting to go to rehab went to rehab! Ha ha ha!

Now that this obvious and shit joke is over with, we can talk about Amy. Amy Winehouse was a singer and upcoming British star. She had a soulful voice, very jazzy, and wrote her own songs. I cared absolutely nothing about her.

I knew she had a song Rehab and I knew she had a song Valerie. Valerie might have been a cover. I only knew about those songs, really, because Glee did them on their show before she died. Glee got really bad real quick, but by golly, it kept me up to date with the hip new music. Speaking of Rehab, what in the hell is the deal with that song? I don’t get it. I don’t get why people like it or what is the point of the song. But that is my silly rant.

The point is, I was a bit reluctant to watch the Amy documentary because I didn’t really enjoy her as a musician and she was just “another young artist who died from drugs early.” That quote was definitely too long. In all honesty, it is the same reason I haven’t seen Cobain: Montage of Heck yet. And I like some Nirvana songs. It is just a year with a lot of musician bios, documentary or otherwise.

I don’t care for Amy Winehouse, but I enjoyed this documentary. 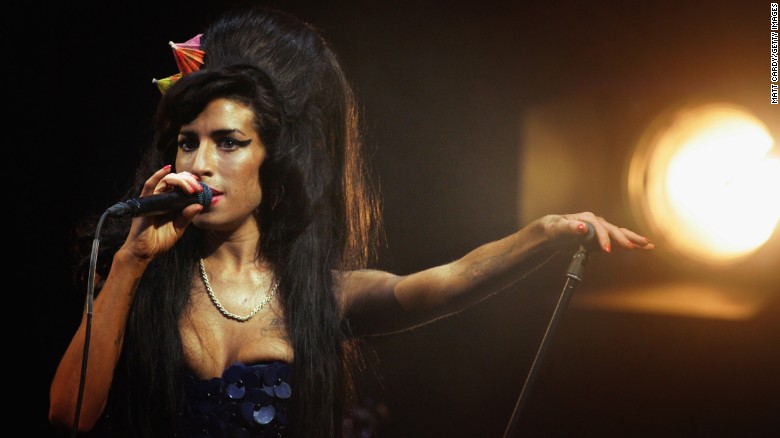 Fun punny joke about one of her famous song lyrics that I totally know!

Her friends knew Amy would be a big success, and I guess that is why there is so much footage of her when she was early in her career. And honestly, the only reason to watch it is to learn about her before her big success, see how she was when she was a normal person before the drugs. All of this footage is a raw look on her life and it is very endearing.

This documentary can help you relate to Amy as a person, realize she is someone who might not have wanted all the success and fame. She wanted to write songs and her feelings and that was it. She wanted to love her boyfriend and friends.

You know, and more vague descriptions that probably sound like all real people.

Here is the thing. She was living a very interesting life. And seeing this side of anyone will be quite interesting. So give it a gander. See her reactions to things. And learn about her way more than you know about your own loved ones.