American Anarchist is a title I can get behind. I know, I know, movies that are two word phrases with the first word American are goddamn everywhere. At some point, movie studios decided these were the best sort of movies and it became overused and now it is almost generic. I currently have 9 reviews that begin with the word American, which is absurd (and yes this will make 10). I have more reviews of movies that begin with American than I do with the word Harry!

I digress, let’s talk about American Anarchist. This title really works because it is a bit ironic. Yes, technically, you can be American and an anarchist as the same time, but it is odd to rally against having a government at all, when that is what technically makes us qualify as “Americans”.

And who do you think of when you hear Anarchy? Is it the Joker? Is it V? Is it the hacker group Anonymous? Or is it William Powell?

No, probably not William Powell, but he is a pretty big name. He grew up in the UK despite being American, then moved back here as a teenager. He grew up here during the 1960’s, through the protests, through the police state feel, and he was angry and he wanted to change things. He thought that the people should fight back and in case they did, he wanted to make a guide for them to do that.

He worked in an indie book store, and going through their military books and research in the library, he put together a manual for military tactics, making drugs, and making homemade bombs, among other things. He also filled it with rhetoric about freedoms and his own thoughts. He was able to find a publisher, and in 1971, The Anarchist Cookbook was born. 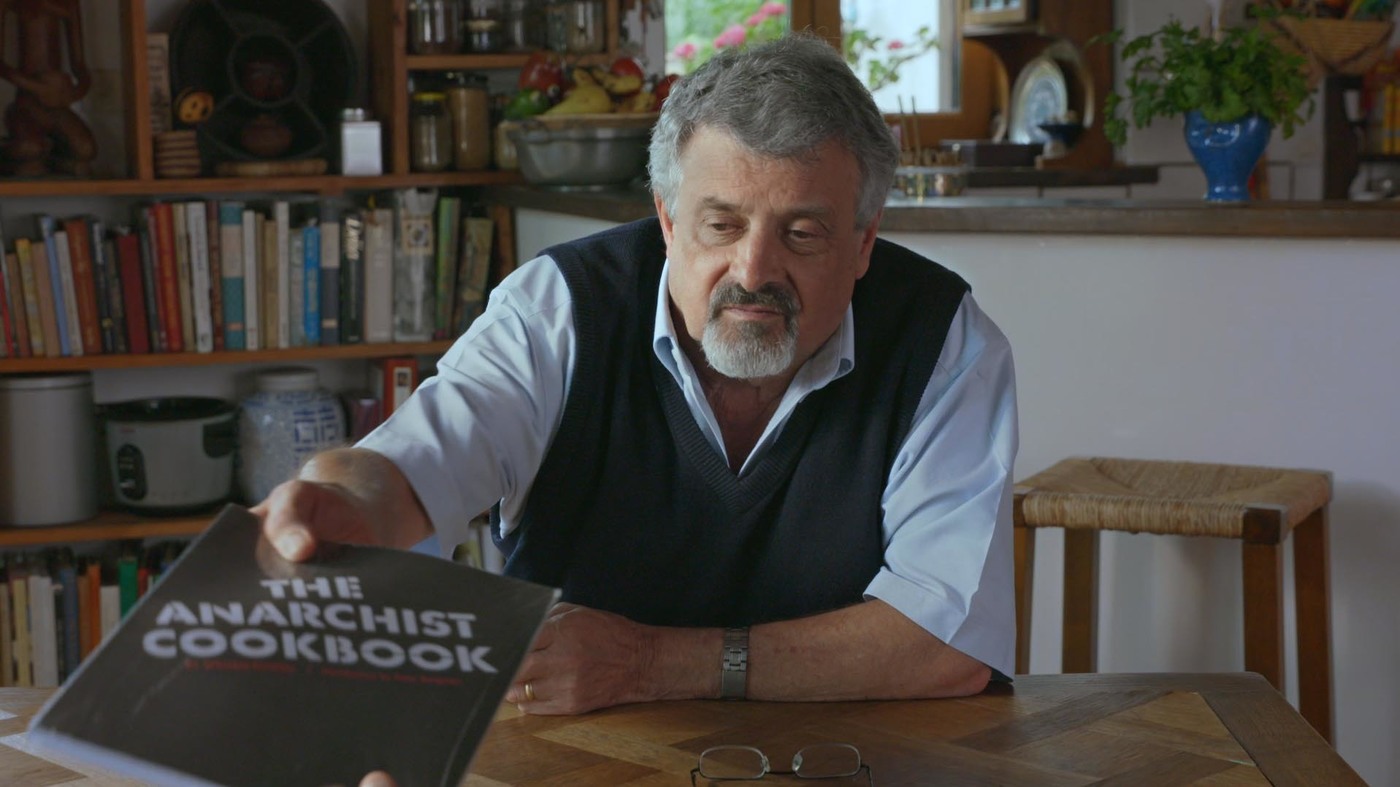 Oh goodness, this is the money shot of the documentary right here.

So why haven’t you heard of the author? If he is still alive, why hasn’t he been an outspoken member of the media about war and the government? Well, first of all, unfortunately, Powell passed away from a heart attack exactly a year ago today (July 11, 2016), after this documentary was filmed.

Secondly, Powell grew up. He didn’t care much for the book, he didn’t have the copyright rights (his publisher did) so he couldn’t stop the book if he tried. He left the country and became a teacher in Africa and Asia, trying to make the world a better place on terms he could handle. He, in all honesty, has done the right thing.

Thirdly, he doesn’t have a wikipedia page. He has a blurb on the Cookbook page, and if you go to his “page” it will just redirect you to the book. So he is a bit of a mysterious fellow.

This documentary gives a nice look at his history and inspirations, but it also gives us a look on his opinions NOW and how his thoughts have maybe changed since he was a teenager. We get real, personal feeling conversations between him and the director, Charlie Siskel (who did Finding Vivian Maier), so much that the director almost becomes a character in this story as well. Because Powell is a smart man, he doesn’t let his emotions take over him and he actively fights against Siskel as Siskel tries to get a “gotcha!” moment for the camera.

It makes the whole thing feel more…real. I am glad Siskel kept it in, it makes him look like an asshole, a guy who just prods way too much. And honestly, I gained a lot of respect for Powell, who I also never heard about before this documentary.

This documentary did what great documentaries, in my mind, are supposed to do. They highlight a real person or event who is NOT already super well known, and they do it in a way to make the watcher interested in the story. Not every real person needs a documentary, but with the life Powell led and the unfortunate negative impact he had on the world, he definitely deserved this one.

4 out of 4.
Tags:4 out of 4, American Anarchist, Documentary, The Anarchist Cookbook, William Powell