Skip to content
HomeUncategorizedAlvin and the Chipmunks: The Road Chip

Let’s talk about voice actors. Robin Williams ruined everything when he did Aladdin and FernGully. Before that, you just had no name voice people for your animated films. They were legit voice actors though, so the voice work was top notch.

But then we got someone big and famous for his comedy, and now he was doing voice work. And yes, he kicked butt, because Williams had an amazing voice. But not every celebrity has a distinct enough voice or is good at doing the job. Rio is led by Jesse Eisenberg and Anne Hathaway. Why? Because of star power.

So these poor voice actors are now out of a job, or stuck doing just television shows. Because they’d rather have Eisenberg.

The point I am trying to make is, this is Alvin and the Chipmunks: The Road Chip. There is no reason for any of the six chipmunks to be famous people, because they are all sped up, literally anyone could do it and it would basically be the same. Literally anyone. Which is why when I saw that Eleanor, the green Chipette. No one thinks about her. But Amy Poehler used to voice her, and now Kaley Cuoco does. An incredibly small role, and now two big celebrities have spent a few hours doing half-assed work for it.

It just doesn’t make any sense. 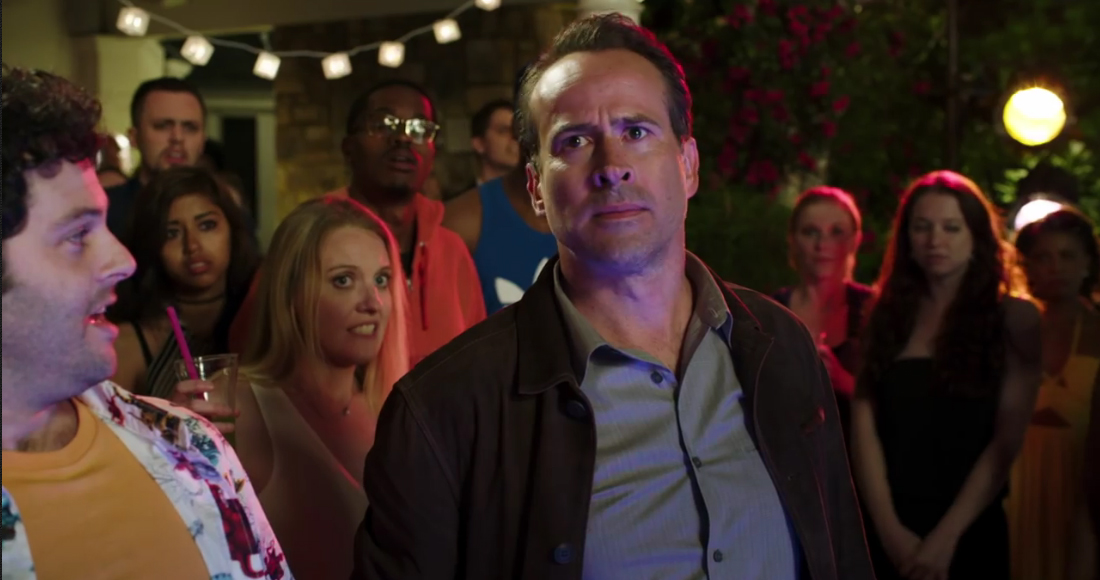 I should also mention I am just happy Jason Lee is finding some occasional work, body and voice.

The chipmunks are finally taking a break from touring the world. Alvin (Justin Long), Simon (Matthew Gray Gubler), and Theodore (Jesse McCartney). I am also contractually obligated to mention all of the Chipettes, Brittany (Christina Applegate), Jeanette (Anna Farris) and Eleanor (Cuoco). It feels weird, because they are barely in the movie at all, but oh well.

Things are changing for Dave (Jason Lee). He is getting older, becoming a more responsible person, and starting to produce music instead of play it. He helped make a whole album with pop star Ashley (Bella Thorne) and she has her big record launch party in Miami! But Dave cannot bring the Chipmunks, because he only has a +1, and apparently that includes Chipmunks. Kind of fucked up the guy who made the record can only bring one person, really. Instead he brings his girlfriend, Shira (Kimberly Williams-Paisley).

And he is also bringing a ring. Oh man. That is serious. Too serious. The chipmunks think that Dave will abandon them and start a new family. Mostly because Shira has an older son, Miles (Josh Green) who told them that. He is also a big jerk to them, and they don’t want to be his brother! So of course they hatch a plan to just go down to Miami and stop the engagement. Wonderful friends, I tell ya what.

Also featuring Tony Hale as our bad guy (and not David Cross, yay!), Eddie Steeples as a small cameo/role from My Name Is Earl, and Flula Borg with an even smaller cameo. Also Jennifer Coolidge. 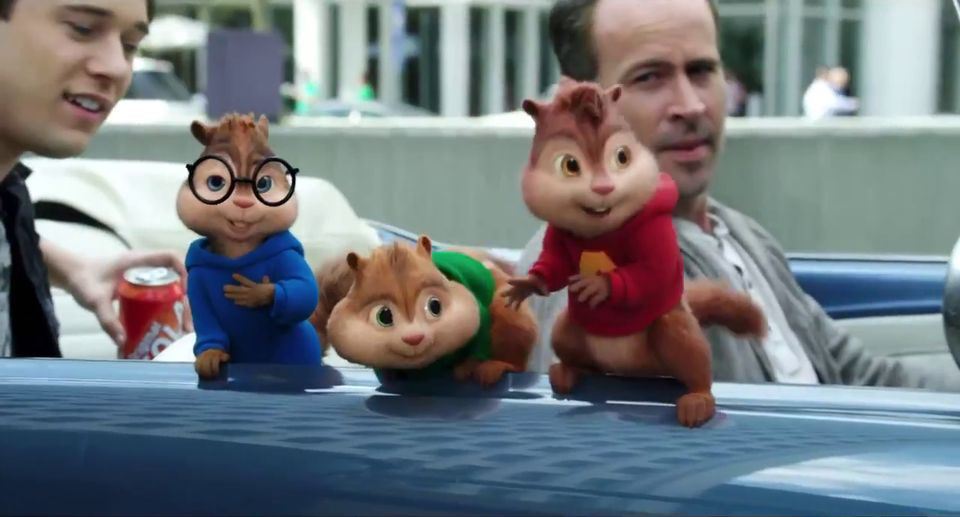 That is incredibly unsafe. Dave should have them taken away for not wearing seat belts.

Did I mention that the voice acting news pissed me off? It would make sense if they actually elevated Eleanor to a bigger role, but along with Jeanette they barely had any screen time, with Brittany having only a hair more.

I was hoping this movie would be Theodore’s time to shine. He does have a few good moments and is heroic in one of them, but it didn’t feel like enough. Not at least to the same level that Simon was given in Chipwrecked.

But what is even worse about this film is how many songs there are. Overall, there is a lot of music. They go to a lot of parties and music is basically everywhere. However, most of these songs are just…real songs. Some very current, some maybe new. I don’t know. The problem is, maybe only 4 or 5 songs were actually song by high voiced characters.

Like, isn’t that the point of this type of movie? To sell merchandise and CDs? How can they do that when they barely have any songs at all? The main song of the film was Uptown Funk, a small part of Baby Got Back and the next most famous was Iko Iko, which is old as fuck. Then 2-3 other songs I didn’t know, maybe one was original. Or it might have been something else. I have no idea. I just now all the other films had a lot more fun songs and this one was severely lacking.

The plot is already terrible. The kid actor for the son was bad. Hale was too over the top and ridiculous to even enjoy him in the slightest. I wanted Cross back! And the shenanigans were bad. But no, they didn’t even give me a lot of chipmunk music to ignore the badness.