It has been awhile since I have seen a film set mostly in Hawaii. Godzilla, Big Eyes, Battleship all had elements in Hawaii. But the last full on Hawaiian film was The Descendants and it was really fucking good. So if I compare all films set in Hawaii, Aloha has to have some pretty big strides to catch up to the top.

And it has to do it with controversy!

What controversy? Well, casting controversy of course. The last films to receive this much internet anger was The Last Airbender and Exodus: Gods and Kings, but to be fair, they received criticism for more than just casting choices. In this film, Emma Stone, a very white woman plays a Hawaiin. Why is that an issue? Because internet people claim white people can’t be Hawaiian of course. 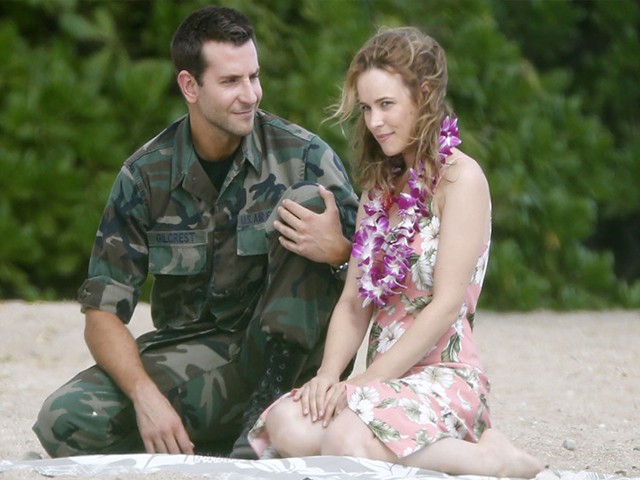 This looks like they were photoshopped next to each other, their chemistry is so nonexistent.

Brian Gilcrest (Bradley Cooper) used to be a great military person, and then he left! Turns out the military pays close to jack in pay, so he sold his skills to a private contractor, Carson Welch (Bill Murray) who wants to go to outer space! Brian loves space and wants to go one day. I think. Either way, he heads to Hawaii for a few days, where he used to be a big deal. People told stories about him. Blah blah blah.

He is happy to be back. For whatever reason, Allison Ng (Stone) is being assigned to follow him and help him out on his meetings. She is in in the military and young but full of spunk.

Fuck. I am dying typing out this review. The movie was so boring. Here are the only other important plot points.

Brian and Tracy (Rachel McAdams) used to have a thing like 12 years ago. They make it VERY obvious that her oldest daughter is his kid. But she is married now to Woody (John Krasinski) and they have at least one more kid. So hopefully they don’t rekindle anything, would be dickish. At the same time, Allison starts to like Brian. There is also a big controversy over the native Hawaiians and using their land to send rockets into space, as they are worried it will end badly. 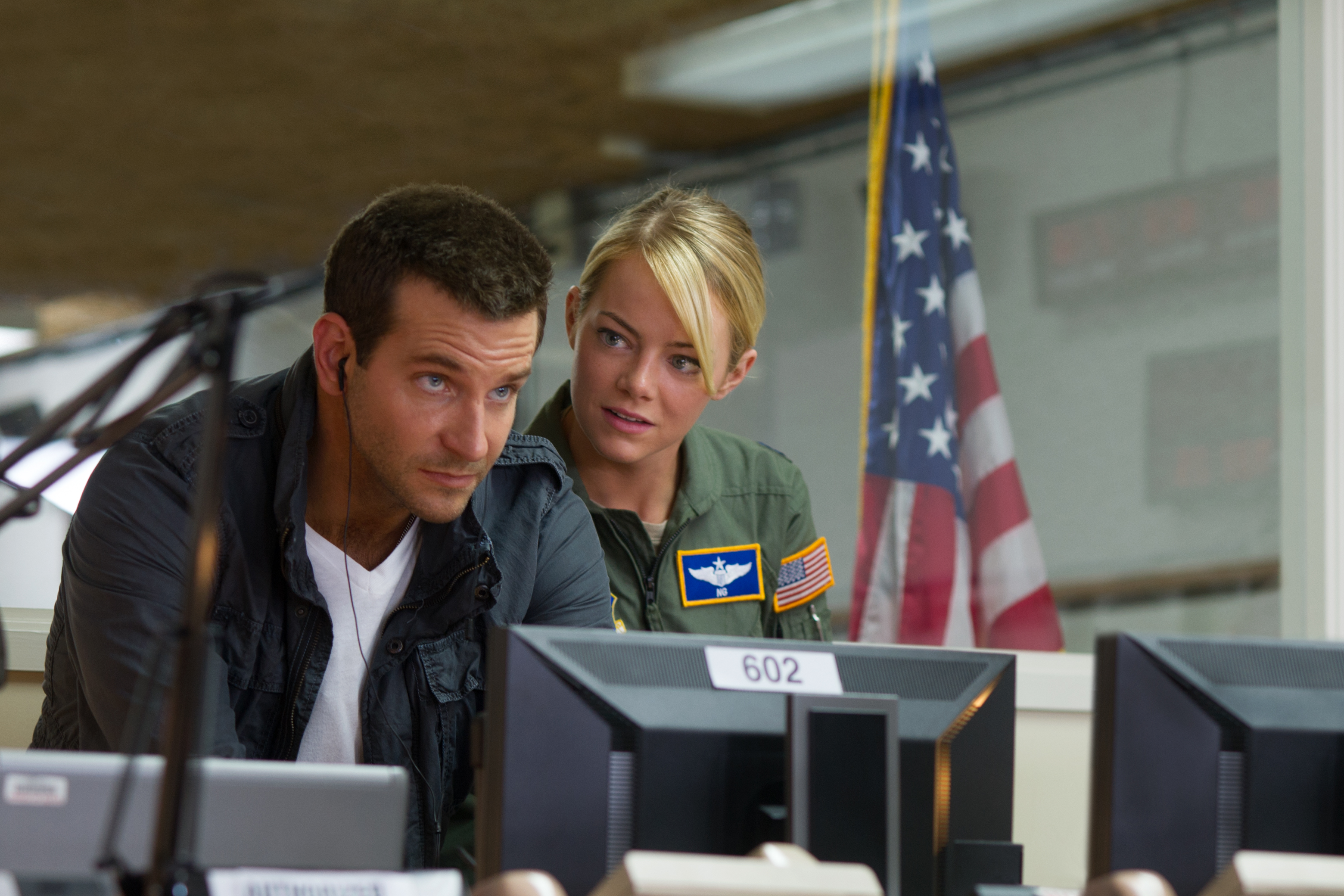 The sexual tension is high when Cooper looks apathetic while coding.

What the hell happened to you Cameron Crowe? Seriously? What in the fuck? He gave us Say Anything…, Jerry Maguire, and Almost Famous! These are good to great movies right? Because the last thing before this one was We Bought A Zoo which was incredibly average in every single way.

And now? Now we have Aloha. Which sure had controversy which I gave no cares about. What I care about is a good entertaining movie, but Aloha is neither good nor entertaining. While watching, I couldn’t help but wait for the point of the movie to come across. Are the military supposed to be bad? Are private contractors? They sort of answer it by the end, but it almost seems like that was an after thought despite allegedly being the main plot line. What is more annoying is that most of the conflict in the end also seemingly comes out of nowhere. And it is resolved with a couple lines of dialogue, again, as an after thought.

As for the relationship angle, one never really goes anywhere and the other is also extremely forced. It is like all of the actors involved are just uncomfortable the whole movie. No one has a desire to be great in this film, it is probably just a quick paycheck for everyone and a free trip to Hawaii. You know, the Adam Sandler reason for acting. Not even Kenny Fucking Powers can save this movie, because he might be in 3 scenes. Maybe. Everything is wasted in this film that is technically quite full of talent and entertaining people. I’m going to go watch The Descendants again.