I don’t know a lot about this movie, but I am pretty sure it is about feeling hopeless and giving up. This would make it the polar opposite of the film, Never Back Down. I do know it was getting some Oscar hype but only appeared in the indie theaters an hour away, so I never went to see it. I also found out it was directed by J.C. Chandor, who has only ever done one other film, Margin Call, which I loved.

So, I guess that is a positive. Woo! 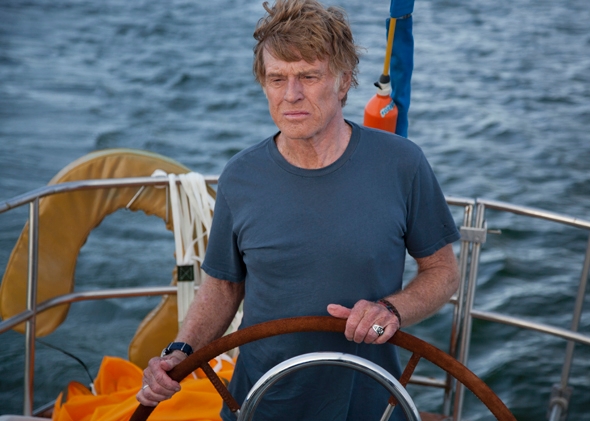 Shit son, that looks calm as fuck. Why are you so hopeless?

In this survival drama, we have one character, and very very little dialogue. You are going to be mostly left with scenery, special effects, and one man, (Robert Redford). His name isn’t given, so instead of just calling him man, I will just keep calling him Robert Redford.

The dialogue that exists mostly comes from the first scene of the boat, where Robert Redford is writing in a journal and we get some narration. Then we find out why he is drifting hopelessly in sea, by switching to 8 days earlier.

His boat crashes into a shipping container, floating in the ocean. We have a leak! This Robert Redford fellow is like MacGyver, very knowledgeable, and he quickly tries to fix the situation. Unfortunately, a lot of his communication and navigation equipment gets damaged. A boat is nice, but not knowing where you are in the ocean is scary.

What then follows is 90 more minutes of more and more shit progressively hitting the fan, as problem after problem occurs. Storms, capsizing, fires, damaged supplies, all of that.

You will feel hopeless if you pay attention to the movie. How long could you survive if you weren’t as smart as Robert Redford? 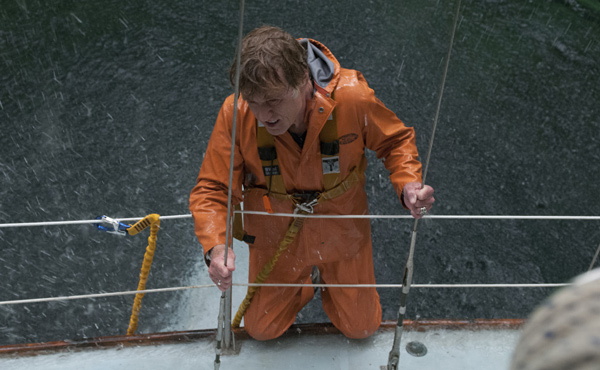 This is only like, two layers of shit hitting the fan at that point. I don’t want to spoil too much after all.

If anything All Is Lost is an intense film and certainly not for everyone. If you only have a short attention span, it might not be able to catch your grasp. If you really need dialogue to keep you interested in a movie, it might not be your cup of tea. If you want more than one character, then you are shit out of luck.

All Is Lost is definitely a beautiful film, and a nice film to see Robert Redford too. He has been on an upswing lately, not acting a lot in the first ten years of the 2000s, but in a lot more films recently, and it is good that he is willing to still try different and new things at his age.

I think the film was nicely made and decent, but I also know I never really want to see it again. I do like dialogue and hate it when I get nothing. All Is Lost makes me feel feels, but not feel feels that I will probably be able to recreate. After I know how it ends and learn what happens, I don’t think there is enough to entertain me as much a second time.