Judging movies by their title is a time honored tradition.

Like All Cheerleaders Die. K. This sounds like a slasher horror. Because it is going for girls, probably has a lot of naked girls, probably a B grade film, and probably excessively gore-y for whatever reason.

Well, turns out I was completely wrong about this movie. Almost every single aspect that I could derive from the title. Still a horror, just not a slasher. High quality feeling film with only some meh special effects. Not really super gore-y. Kind of amusing at points, but no where near the end. And only a little bit of eye candy.

So basically I was wrong. Dead cheerleader wrong. 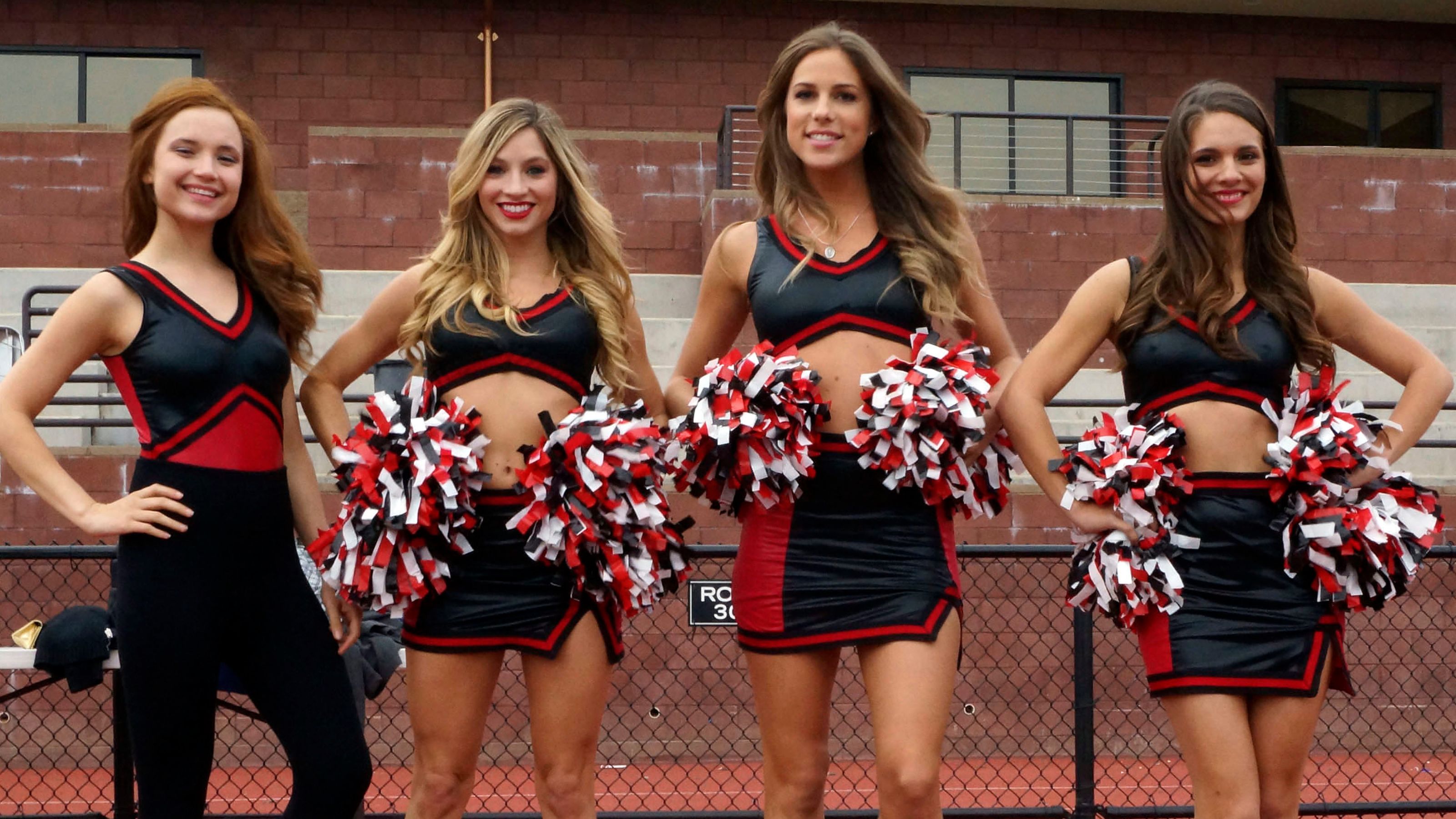 Bet you I can’t go through this whole review without a Heroes reference.

Everyone liked Alexis (Felisha Cooper). She was going into the summer of her senior year, ready to take over the cheerleading squad and lead them to victory. But while performing a hard stunt for Maddy’s (Caitlin Stasey) video project, she smacks hard to the ground on the head. And you know. Dies.

This tears everyone up, but not everyone equally. Aka, Tracy (Brooke Butler) is now dating Terry (Tom Williamson). Terry apparently isn’t missing Alexis too much, because they were hardcore dating too. And Tracy was Alexis’ best friend! So Maddy wants to get back at them, because she used to be friends with Alexis a long time ago, and really hates Terry. Her plan is to join the cheerleading squad, destroy it from within, and also ruin Terry’s life while she can.

But that might not be the main plot of the film. Jealousy can be a serious thing, on all accounts. So when Maddy, Tracy, and two other girls (Amanda Grace Cooper, Reanin Johannink) are killed from a traffic accident caused by Terry, shit starts toget serious. Especially when Maddy’s ex girlfriend, Leena (Sianoa Smit-McPhee) is close by when it happens. Since she practices paganism, she attempts to bring them back, and well. It works. Just, they are different now. They are undead. And things are about to get a lot more hectic.

Who knew Geology could be used for such diabolical purposes?

As I already mentioned, thus spoiling the end of my review, I definitely found this to be a lot better than I thought based on title alone. It has its issues, most movies do. But here is what it had going for it:

An original plot. Interesting characters. Multiple important plot lines. A villain who seemed like a huge dick, but also someone anyone could imagine. Funny at times. Not low budget and not going the easy way out at any point. And characters I could actually care about.

Go figure. I don’t have a lot to say after the fact either. I do hope they try to do more of these and continue the story line. I think the end left that open, or it could have just been their way of saying shit is still weird.

A pretty decent and newer film, perfect for the Halloween season. Watch the cheerleaders, save the world. (Fuck! So close!)