But unfortunately, the movie I watched Friday night was so fantastic, I thought it wrong to give it a Saturday review, since more reviews are read during the week and not weekend. So, might have had a post midnight freak out to find and watch another movie. Hooray! 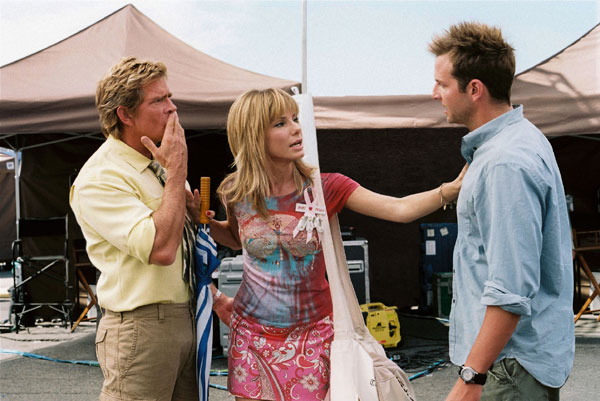 With that picture, I still have no idea what this is even about.

Mary Horowitz (Sandra Bullock) is, in a word, eccentric. She is almost like a walking encyclopedia, she knows pretty much everything, but has basically no filter. She will just keep talking and talking, regardless of who is actually listening. She also writers the crosswords for the local newspaper, not much of a career, and lives at home with her parents. Her parents! Who have also set her up on a blind date with a cameraman, Steve (Bradley Cooper).

Originally interested, he quickly realizes (minutes later) she doesn’t stop talking and also is afraid of her strong commitment talk quickly ends the date but halfassedly invites her to come out. So of course she does, she thinks it is true love!

Steve has to work with an egotistical asshole Hartman (Thomas Haden Church) who really wants to be an anchor, and they also brought along a network guy (Ken Jeong) to make sure no shenanigans occur.

But when Mary actually finds him? He freaks out. She is like a stalker! And she causes problems! A really nice and in love stalker, who doesn’t know her own level of socially unacceptable behavior. She even meets some nice hippie friends (Katy Mixon, DJ Qualls) who help her, well, stalk Steve. She may even turn out to be a hero! 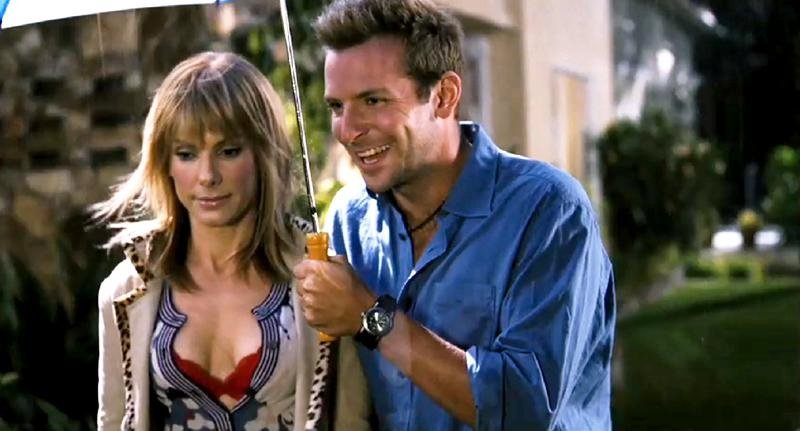 A hero who really puts herself out there.

Whewww, this is definitely not what I was expecting. To give Sandra Bullock some credit, she has never acted like this in a movie before, to my knowledge. Technically I am not a Bullock expert, so I could be wrong. But wow was this portrayal something else.

I think the goal of the movie was to make the audience love her and help accept others who are different than you, but I think they did a poor job of showing it. A lot of the earlier funnier scenes in which people quickly give up on her and treat her like crap just made me feel sad, and never really laughed. I found her interesting as a character, but as a comedy they went just a weird way with it all.

I’d say watch it only if you want to see Bullock go way outside of her normal zone, but definitely not for an overall good movie or plot.