Skip to content
HomeUncategorizedAlexander and the Terrible, Horrible, No Good, Very Bad Day

When I heard they were making a movie version of Alexander and the Terrible, Horrible, No Good, Very Bad Day, I didn’t have a good or bad impression. I was more indifferent about how the quality might be. Instead, I was worried about typing out the title, or getting the adjectives all out of order accidentally.

These are the fears that I run into most often in my daily lives. And getting imprisoned incorrectly. Just those two things.

But hey, technically I have read this book before. Technically I own it. But I think, for the most part, I won’t let the book plot line bias my thoughts on the movie version. There should be differences. Should be TONS of differences. The book is just a kid, maybe 8, complaining about his day, then it getting better. I think. Sounds correct, but it has been awhile. Very simple plot. The only difference is, it looks like everyone in Alexander’s family is about to get royally fucked up by a day. So if anything more slapstick shenanigans than the book.

But maybe also a few more life lessons on how to not be an asshat? 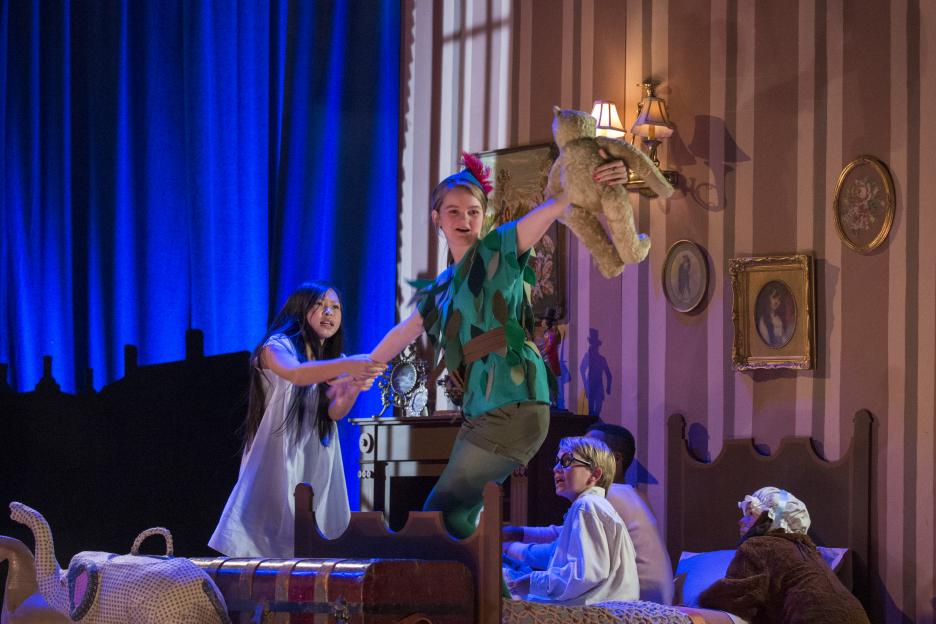 Lesson #1: Do not drug the peter pan cast member into believing the kids in the play are actually teddy bears.

Alexander (Ed Oxenbould) is about to turn 12 years old. He has a lot of shitty days. He is generally grumpy and complains a lot too, so it is a wonder no one wants to be around him. To make matters more Terrible for Alexander, his family is perfect. His dad (Steve Carell) is an Astophysicist or something, PhD and all, but currently being a stay at home dad. His mom (Jennifer Garner) is heading out to be VP of her publishing company if this new baby book launch goes well. His brother (Dylan Minnette) is a popular junior in High School, dating a babe (Bella Thorne) and heading to prom! And his sister (Kerris Dorsey) is the lead in the Peter Pan play and just generally successful.

So Alexander is grumpy. He also found out some dick kid is throwing a birthday party the same night as his, but better with blackjack and hookers, so no one will show up to his. And there his family stands. Perfect and happy. So at midnight, he has a tiny cake with a candle and wishes his disease upon his blood.

Seemingly, the little twat has devil magic in him or something, because sure enough the family have a Horrible Day. Car problems. Oversleeping. Very Bad. Sickness. Typos. Animals. Flames. Babies. Destruction of property. No Good.

But Alexander doesn’t have a bad day. So I guess he has that going for him!

And of course there are other people! Donald Glover, Megan Mullally and Jennifer Coolidge! 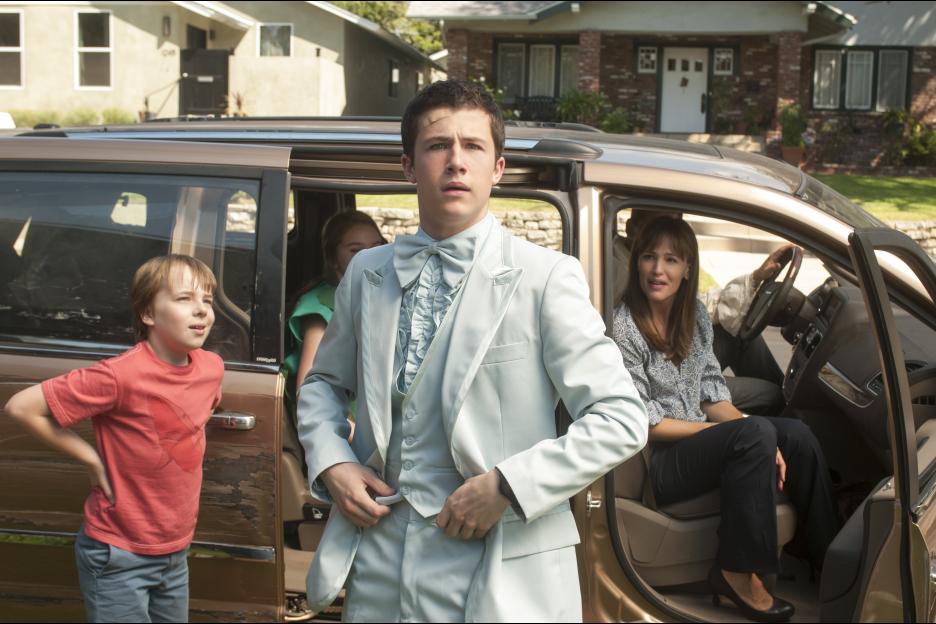 What a smug as fuck look Alexander has, despite wishing he could be his brother.

OH NO THIS MOVIE DOESN’T FOLLOW THE BOOK DIRECTLY WHAT THE FUUCUCUUCCUCCKKKKK.

Just kidding. But on a related note, there was one big huge problem with this movie. Alexander. Not just the actor, who I could ignore for the most part. He was completely average, bland and annoying. Probably an actual 11/12 year old. The more annoying fact is that in this movie, he doens’t have the bad day. Just his family. Does this make the title wrong? No. But he should be having a shitty day too. Instead of having a shitty day, he becomes a weird silent observer throughout the day, every once in awhile giving a shocked face, while the rest of the movie deal with their problems and have zany adventures.

In this way, it feels like Alexander is the 5th or 6th most important person in a movie about him, allegedly. So the family? They are all pretty good. There are some good amusing parts, good clean fun for the family. Well thought out disasters for them to conquer. And Alex is a smug motherfucker just existing. Unfortunately, it ends with the birthday, which is a good experience for everyone, the bad day basically over. So it also ends with a lame feel good fest and kind of a boring note.

I am just saying. This movie already barely features Alexander. Might as well cut his role out entirely. Makes the title shorter too. Instead, we get to see a movie about rich as fuck people having a bad day. Which I am pretty sure is the plot line for lots of films anyways.