Sure, I am one of the biggest Ben fanboys there are. But his brother has some acting chops. Did you see him in The Assassination of Jesse James by the Coward Robert Ford? If you didn’t, you are missing out on a long, but really well damn acted movie.

Either way, Ain’t Them Bodies Saints is apparently a modern western of sorts. Set in the 1970s and Texas. So I will go in, expecting the best. 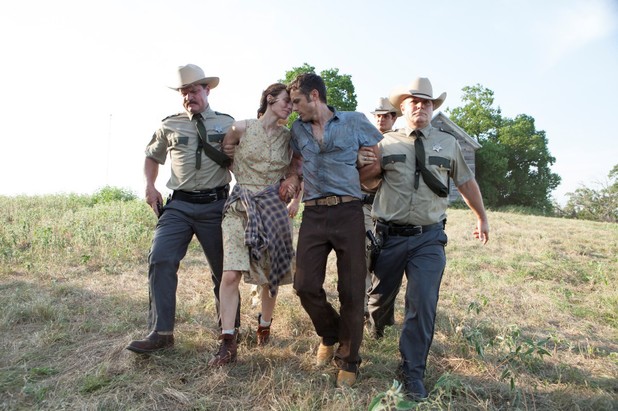 The best being, I dunno, a lot of gun shooting I guess. And crying.

Bob Muldoon (Casey Affleck) is a trouble makin’, no good, so-and-so. He’s an outlaw, quick on the draw. But his lady, too, is outlawish. Ruth Guthrie (Rooney Mara). But she is pregnant, and wants them to get out of the job. Alright fine.

BUT NOT BEFORE A SHOOTOUT. In a house, bullets flying, and Ruth ends up killing a police officer. That is no good. So Bob claims the entire responsibility for the crime. Killing a cop isn’t an easy fix, so Bob is given a strict and long sentence, so he could protect his lady and soon to be child.

Well, many years later, Bob is sick of prison. He has tried to escape at least five times before, but at least the sixth time is finally successful. The rest of the people involved in the escape get caught quickly, but not Bob. He is on a mission. He wants to see his child for the first time, a girl, still a child, but has grown a lot over the last few years.

But he can’t just go straight home. No, that is where the cops expect him to be. Not to mention he made a lot of enemies in his outlawin’, so others are surely out to kill him. The only reason he escaped was to see his woman and child, so really, nothing is going to stand in his way. Also starring Ben Foster and Keith Carradine. 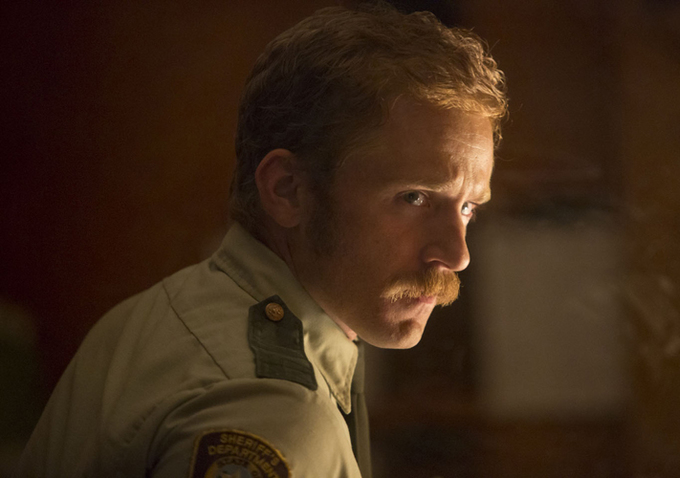 At this point, I think it is illegal for me to not mention/show great mustaches in reviews.

Well, if I came for just acting, this film didn’t disappoint. I was more amazed how much I liked Rooney Mara in this role, more than anything. I haven’t seen her ever try to play such a passive, wait around, old timey role before. Just a loving mother trying to survive. So that was cool.

But man. The story. A nice idea. But seemed filled with a lot of silly nonsense after he escaped from jail. Just go to the house already! Develop some sort of ruse! Just do it!

It could not keep my interest after the first 30 minutes or so, and didn’t really seem worth it when I got to the end. Sad times on this end, oh well.