Every few months, a new indie movie starring a few people from popular TV shows comes out and we are supposed to watch it, eventually, on our own time. Because these movies rarely hit theater and are more of a VOD type situation.

The good and bad news with these sorts of movies is that they are non consistently bad, average, or good, but all over the map so you never know what to expect. Last year we got Drinking Buddies staring that girl from House and that dude from New Girl, and it sucked. But we also got The One I Love starring that girl from Mad Men and that guy from The League, and that one rocked.

So how will Adult Beginners go? The one starring the other guy from The League and the guy from Community and the girl from 30 Rock? Well, anything goes in TV star VOD movie land! 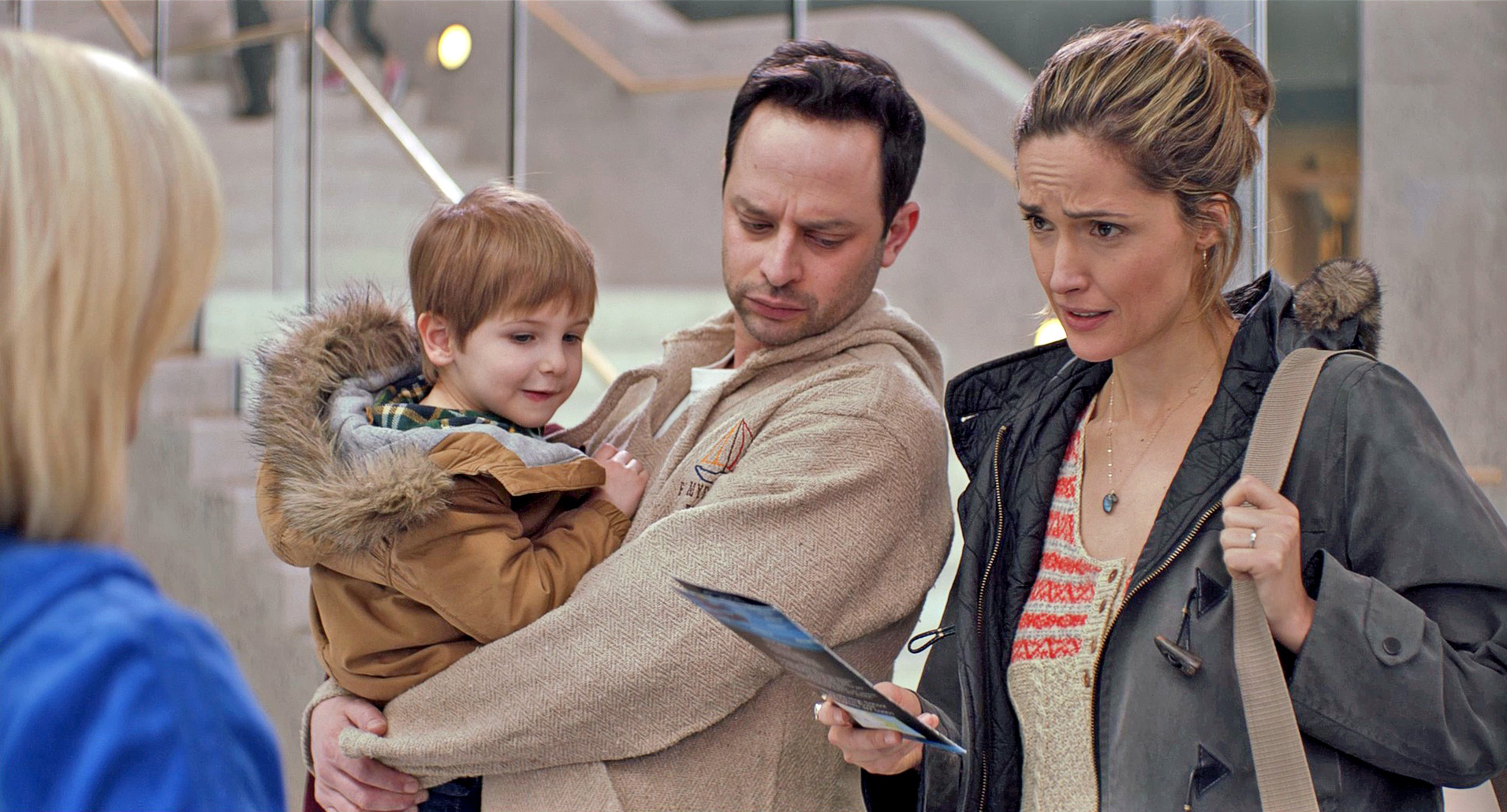 “Ugh, more people from The League? I would not watch that movie.”

Jake (Nick Kroll) is going to make a shit ton of money. And with his money and your money and everyone else’s money put together, he is going to make a shit ton more and make everyone rich. And maybe even make them a little bit sexy. But then something goes wrong, right away with his company, and sure enough, he loses everyone’s money. He is now broke and useless and his friends hate him. Even Hudson (Joel McHale) hates him a bit.

So now Jake is homeless and alone, so he decides to go move in with his sister, Justine (Rose Byrne). He hasn’t seen her in a couple years because he has been “busy” so sure, it is a bit awkward. You know, cause he son is like, 2 or 3 now. And she is pregnant again! And he barely even knows her husband, Danny (Bobby Cannavale). He just knows it is a hectic time in their lives. Unfortunately, the only way they let him live with him long term is if he basically becomes their full time nanny, so they both can work and save up money for new baby and maybe a new house!

Jake of course is an irresponsible adult, and doesn’t know anything about kids. But he accepts, mostly because he has nothing else he can do at that point.

And that is about it. Jake needs to learn how to be an adult, for real. He is a beginner at being an adult. He also can’t swim. Jane Krakowski is a swimming teacher for adults and babies and dances with babies in water. It isn’t super weird, don’t worry. And Jason Mantzoukas is in here, because he is crazy and Nick Kroll’s friend. 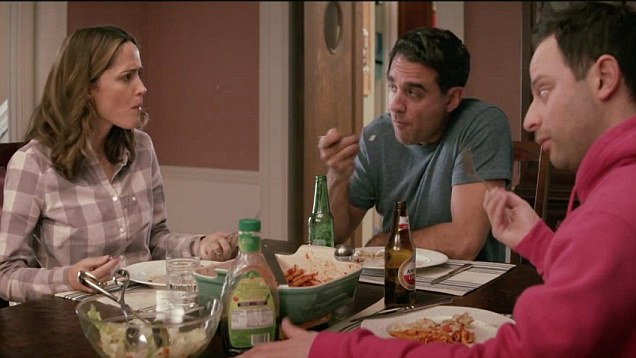 Rose Byrne is becoming a relatively big name now, which is great for her. She is appearing in all the genres right now: Horror, Drama, Comedy, Action and generally being great in each one of those roles. Most surprising is comedy because it seemingly came out of nowhere with Neighbors. The problem with Adult Beginners is it is one of those classic comedies that doesn’t end up being actually funny.

Hopefully the positive buzz that has surrounded Spy is enough to make everyone ignore this movie. Ignoring it shouldn’t be an issue, because no one will really watch it when it is VOD. I just want to make sure her career is not affected by the dullness of this film.

As for everyone else? Cannavale is a likable dude, even if he always plays mostly douche-y characters, but he hasn’t had any nice break outs yet. Likewise, Kroll always plays douches, but occasionally has comedic sparks that do not go on display during this movie.

A comedy that doesn’t end up being funny, with serious moments that also aren’t too dramatic or emotional. Yep, this is a classic indie film in that regard, which most of the time would garner a 2 out of 4 or something, but they usually have one or two unique moments in them to warrant a bump. I am willing to say Adult Beginners offers nothing new and leaves me with a bored taste on my mouth.

In case you are curious, boring taste is like cardboard.