Damn it. I had a long into planned for Admission, about Tina Fey being a comedy writer, and how hopefully this movie would deliver. But Tina Fey did not write Admission, she actually just stars in it. Seems a bit rare, I feel like she normally would write it as well.

Just knowing that fact gives me lower hopes for the movie. I won’t judge it on that, it is just, disappointing is all.

That is actually how I talk on the phone too, sprawled out and exasperated.

Portia (Fey) is an admissions rep at Princeton University, who has been pushed back to number 2 in the US Rankings! Oh no! That means they have to be as strict as ever this year, turning down more people, getting better students. Her boss (Wallace Shawn) is going to retire, and he wants to retire on top. So his job will be filled by either her or her rival, Corinne (Gloria Reuben), so it is important that they both get the best students possible.

That is why she decides to jump at the opportunity to add new high schools to her area. The Quest School is a learning community about to have its first graduating class, and the current owner John Pressman (Paul Rudd) wants her to come and visit. But really he just wants her to meet Jeremiah (Nat Wolff), who he believes to be her son that she adopted 18 years ago. Weird.

Hopefully he also doesn’t want to go to Princeton, that might be a big conflict of interest. Maybe.

Oh yeah, and her long term (10 year) professor boyfriend (Michael Sheen) just dumped her for another English Scholar (Sonya Walger) who is having his kids. Whoops. 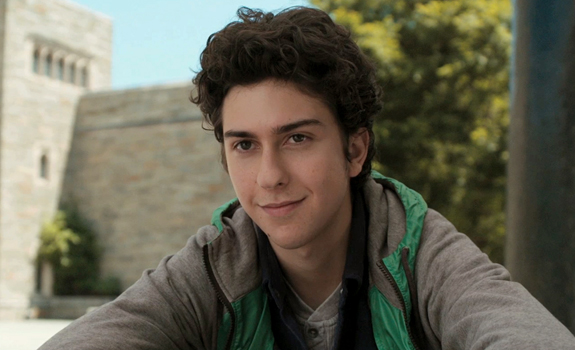 Her son is like a little rain man. Except not as smart, and less special.

Whew. Well, if anything about the movie, I can say the last third I didn’t actually see going the way that it went. There were surprise in the script, that seemed to be following a pretty straight forward path.

Heck it even had some amusing moments. But most of the film just felt a bit cringeworthy. The constant scenes of Portia running into her ex weren’t really too clever. The things she did to try and make things right were unethical and bad. But more importantly, the film didn’t really feel too resolved by the end. One major dramatic moment (The reveal of being his mother) had a lot of things go wrong with it, but those problems got swept under the rug. I was hoping for some real human emotion there, dang it.

It is okay in humor, and an okay movie. Nothing to special. Technically not terrible, just a bit disappointing overall. Oh well. Maybe next time Fey.