How dare you do this movie?! A lot of your rolls in your past have been great, because they are iconic or easily “make funnable”. But now, not only does everyone love him, he also does fantastic in a bunch of movies recently. 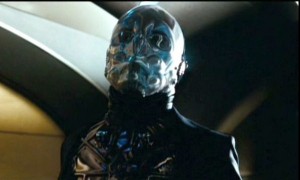 In 50/50, JGL is a journalist. In his 20s! He lives with his girlfriend, Bryce Dallas Howard, and his best friend is Seth Rogan, and Seth hates the girlfriend. OH SHIT CANCER. JGL has a rare form of cancer, in his spine. Not good.

His mom wants to move in with him and take care of him, especially since the dad has Alzheimers, but he says no, he has a ladyfriend who will take care of him. The movie then tells the tale of him coping with his disease, while also trying to live his life as if it is his last days. The characters in the movie all react differently. His mom freaks out. His dad is mostly confused. JGL claims to be calm. Seth Rogen tries to use humor to hide his emotions (saw that coming). And the girlfriend looks for other ways to vent her frustration.

JGL is also seeing a medical therapist, not yet a doctor, so she is young, in Anna Kendrick. Yay Anna Kendrick! She tries to get him to open up, despite it being one of her first patients on her own. Eventually chemotherapy is no longer an option, and a major surgery must be done near the climax of the movie. 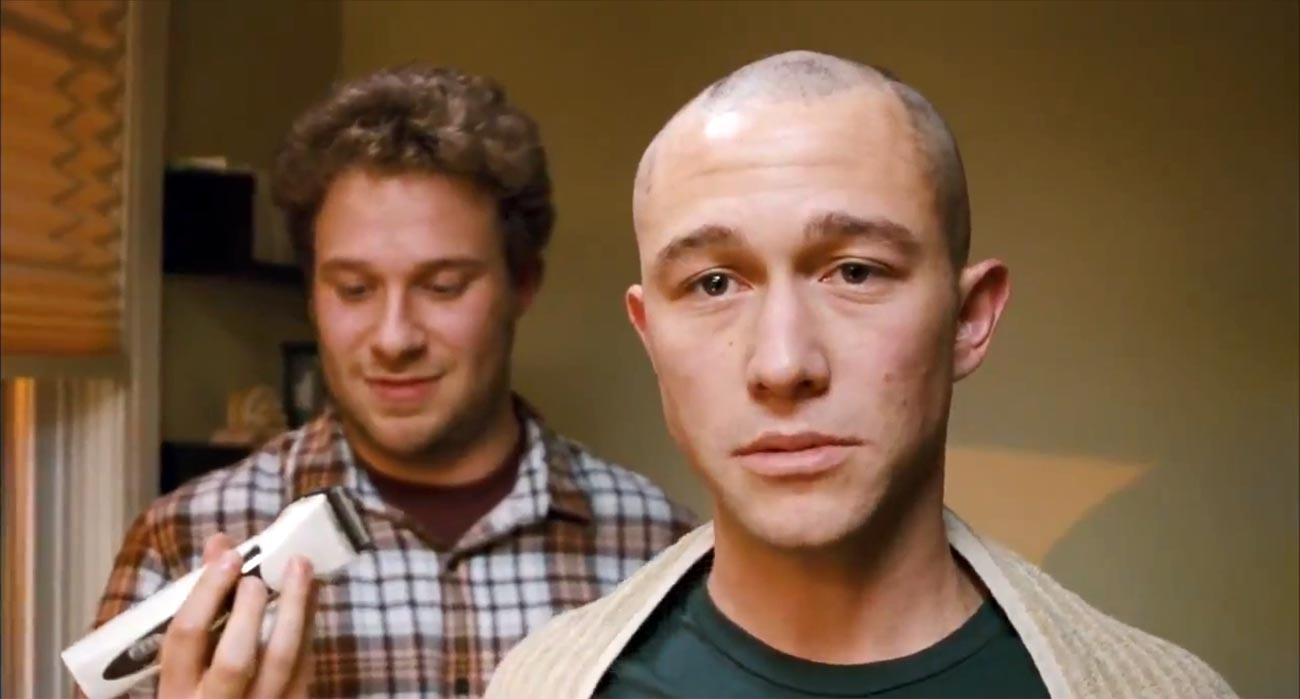 This is probably the only scene you know about in this movie.

So, the story is inspired by true events. What does that mean? The writer actually had this cancer and based it off of his own life. Where it gets real is that Seth Rogen is kind of playing himself in this movie. Seth Rogen was really friends with the writer when he went through with this, and did the same things as his character in the movie. That’s pretty awesome if you ask me.

I think everyone did a great job with the movie too. Everyone seemed real and believable, and it was easy to get attached. It shifts between serious and comedy pretty easily, so you have to be prepared for that. By the end, when JGL finally confronts the fact that he might die during the surgery, you will probably cry. (Not to your robot readers.) Very sad, and emotional, and great.

The only thing I didn’t like is the “relationship” between JGL and his “therapist”. It made me feel uneasy, because everyone knows therapists and patients should never do things. But hey. It is a movie right?