This is a very important issue to talk about. Did you know that packs of stray wild dogs control most of the cities in North America? It’s true, I saw it in a PSA.

But in Istanbul, there are also lots of stray dogs. And cats. You may have known about the cats, thanks to the documentary Kedi from 2016. It was just about some stray cats, doing cat things in Istanbul and observing their world as we observed them. People loved it. I didn’t review it. I watched it, and I might have liked it? I honestly don’t know. I definitely liked the idea of it.

So why am I talking about dogs? Because the movie Stray is coming out now, five years later. It is about…dogs! In Turkey! Same deal! Just three of them though, as they wander and we over hear other people and just see how they hang out and do dog things. I hope none of them get in trouble during the filming of this documentary. 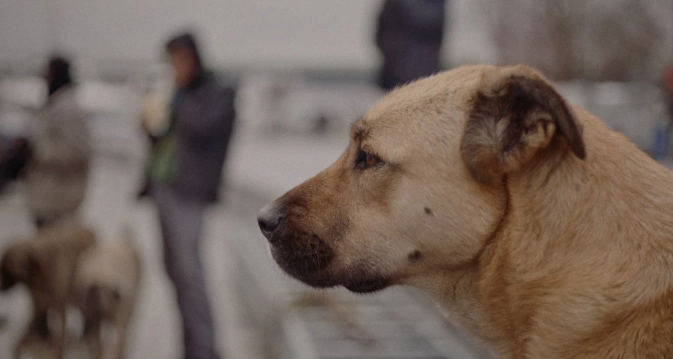 How could they get in trouble when they are all good boys?

So what’s life like for three little Doggo’s in the middle east? Since there are laws protecting them, not much. No dog catchers to ruin their days like so many American films. Just living their best live, with fleas, and dog bros, and food where they can find it.

Despite a 70 minute run time, I still found myself quite bored with the whole thing. And maybe that is all on me. The documentary is definitely about what it said it would be about. It also has some random quotes about dogs throughout, and subtitles so we can also overhear some  conversations.

My problem is that they apparently filmed the dogs over a two year period. But if this is the best material they got after two years, I am just shocked. If they are going for an average day look at their lives, they should only spend a day and give it to us straight, not edited to look normal. It just….it lacks a purpose for me. I don’t get anything out of it. I don’t think I understand more about the world around me, or about human nature at all.

Instead it just fleeting images of the lives of stray dogs in a country I have never been. And again, that is exactly what was advertised, but I still find myself surprised at the results. You might like it for a hardcore chill film. But if you don’t want to chill, and are hoping for anything more, you will find yourself disappointed like me.