Breaking news! Justin Timberlake recently offered an apology to Britney Spears and Janet Jackson for being a piece of shit in the early 2000s. You know, the public breakup and blame. And the super bowl shit. He used famous women at the time as stepping stones to advance his own career. People attacked Janet and not Justin. People were bad at Brittney and not Justin.

This apology seems to come right after the docu-show episode called Framing Britney Spears, which made him out to be a bad dude (because, well, he was).

And uhh, none of this has to do with Palmer. The apology happened weeks after Palmer came out, and so did the Spears documentary. This review will come out weeks later too after the apology is no longer breaking news, because I have it on my backburner to post eventually, because no one cares about Palmer and I am trying to stick to five reviews a week.

Do people care about the apology? Hard to say. But certainly one should have happened, and words alone can’t really undo anything that has been done. 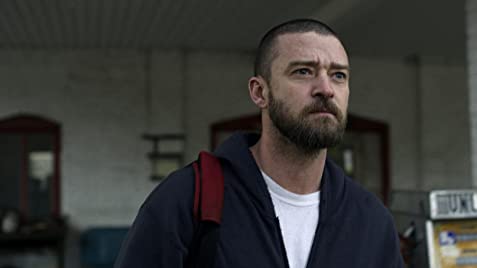 Are there any wardrobes that need malfunctioning out there?
Eddie Palmer (Justin Timberlake) just got out of prison! Why was he there? Well, the film will tell you eventually. But he was high school football star, got a college scholarship and all of that, but then eventually some things went wrong. And you know, prison.

So now he is back to his hometown, to life the quiet life of a former felon, even though everyone in the town basically knows about him, what he did, and might not give him a break. Palmer is going to live with his grandmother (June Squibb), an old religious type who honestly doesn’t fully trust him. But he needs a place to stay so it should be there. Sometimes there is also a kid in the house, Sam (Ryder Allen), the son of a mother (Juno Temple) in and out of rehab and a slew of other issues, so he is watched also.

But Sam seems uninhibited by gender norms! Oh no. A boy who is fine with pink and fairies? In this economy?

Anyways, this story is about Palmer trying to restart his life, and help look after Sam, despite Sam not being the type of person he is used to seeing. And also Palmer trying to move past his felon past by doing things they just don’t let felons do anymore. 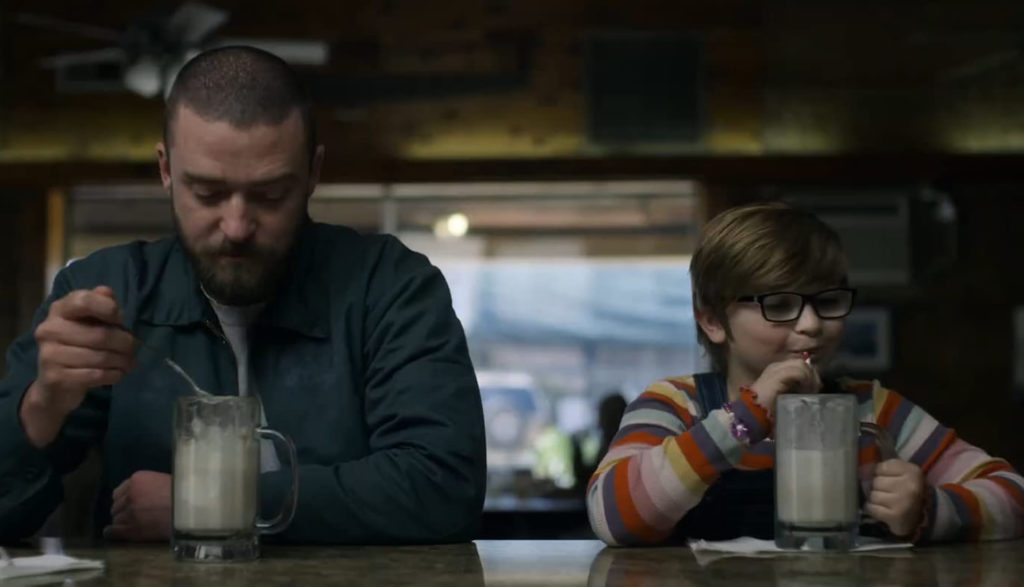 “Stripes? Not black or grey or manly reds?” – Palmer, probably.
Palmer is a strange movie for sure, but it is one of those that probably needs to be told. We get to deal with several important topics in this movie: Felon rights, abuse, CPS, queer rights especially when it comes to kids in elementary school.

Is Palmer the best film to tackle all of these issues? No, probably not. But representation matters, and getting certain subject into films more often is a way for people to get used to them, and to see certain issues going on in the world more often. If people hear about felon rights post serving their time enough, maybe they will be angry and want to do something about it.

But of course, it is just nice to see a kid who happens to like traditionally feminine things be accepted and have people fight over his right to be how he feels. It is a hugely positive aspect of the movie.

I would also point out Timberlake did fine for playing what amounts to be a simple man from a small town. The kid Allen did great and I did enjoy Temple as playing a piece of shit. Much better than starring in movies that are pieces of shit.