Let’s say we had the title as a real item. You know, The Map of Tiny Perfect Things.

What does that mean? Is it a treasure map thing that takes you on an adventure? One tiny prefect thing to the next? Or is it just like a regular map, but instead of street names (or in addition to street names), it has some perfect things along the way.

I mean, these things that are perfect. They are tiny? And I guess they are plentiful enough to make a map? I don’t know why I’d want a map like this. 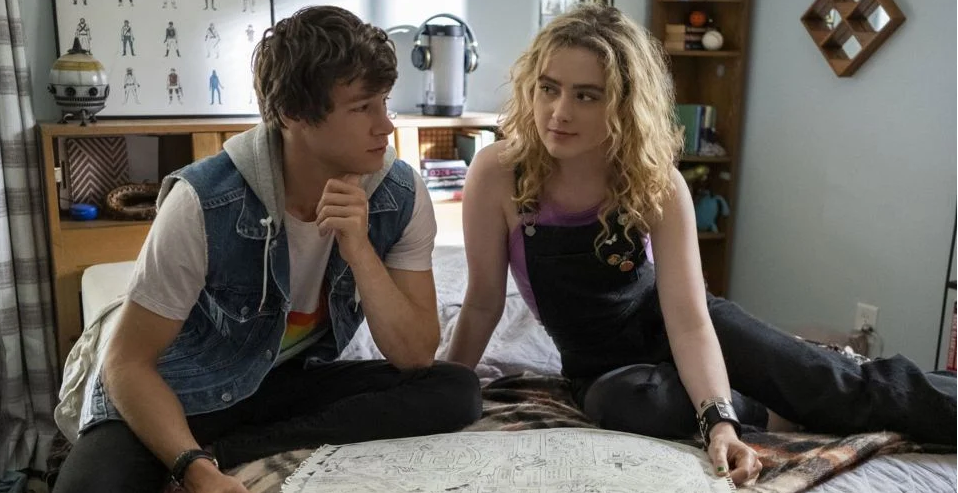 “Oooh, I love it when you talk to me like a cartographer.”
Mark (Kyle Allen) wakes up one summer morning, during a time when he has summer school, and has an interesting morning. He knows stuff in the crossword, he knows what his sister will say, and he has breakfast timed perfectly. Heck, traveling around his town, he flows seamlessly around traffic and people, helping people along the way, things are going great. It is because, sure enough, Mark has been here before.

He is stuck in a time loop. Pretty normal situation for anyone to be in really, nothing weird to see here. Except he is a teenager, with limited income, and resources, so he feels pretty stuck. And while trying to go on a date with this one girl whom he barely knows (getting closer and closer each time maybe?) he spies another girl, whom he never saw in that part of town at that point of the day.

Her name is Margaret (Kathryn Newton) and, sure enough, she is also in a time loop on the same day. Great! Mark wants to hang out, someone they can share experiences about. They can meet up. They can feel less repetitive! And of course, Mark is going to fall for her, because he is a horndog and wants that physical touch, but she is uninterested.

Well, Mark has the idea that to get out of the loop, they should have a perfect day, mapping out the perfect events around town, those weird moments where something perfect occurs all the time around them in life, but now they are going to try and find them and map them (and redraw the map daily). I mean, sure, why the fuck not, you got eternity I guess? 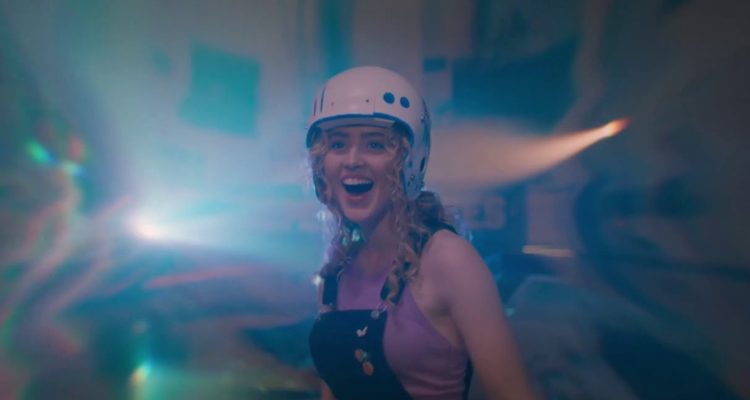 This must be that big ball of wibbly wobbly, timey wimey stuff.
Oh hey. Did you like Palm Springs last year? The R rated movie of a similar subject matter, with two people stuck in the same day? Then you’ll love this movie! Then you might like or might hate this film.

And for me, it definitely falls in the latter. Part of Palm Springs being great was the uniqueness of the concept, having a second person in the loop, after it was already going on for a long time, and having an expert of the day.  And obviously this movie has the same concept, but it is a lot more toned down. You know, because of the age of the protagonists, and the rating.

So it is nowhere close to being a funny film, it is just a very uncomfortable romance with a “sci-fi” element. It isn’t original, but it is well shot I guess?

I will say by the end, they start to go for something profound. Just a bit. And it all deals with the Margaret character and her struggles, but they haphazardly put it together, and things get solved because of it. Oh okay. Kind of not only fumbled throughout the execution, but the ending as well? It didn’t drive the point home at all well enough, and just sort of ended. And of course, the plot about the map of little perfect things, the title, is exhaustingly boring.

One final nitpick. The “moon date” scene I hated so much. Besides feeling extremely creepy because he is just trying to court Margaret against her already stated wishes, but it is just…impossible to have done given their constraints of time. They use one line to explain it, but it isn’t believable, and that is important even during a fantasy film.

Definitely one to skip and pretend didn’t really happen.