We all have a friend, you know, that friend , who knows you inside and outside. Your bestie. Your ride or die. Your compadre. I mean, hopefully we all have one of those. Unless you are lonely and have no friends, then shit, maybe stop reading. Go get a friend (when appropriate in the pandemic).

Our Friend is sort of about that friend. It is definitely the friend you can count on, the friend who goes out of their way to help you, even if you didn’t expect anyone to love you that much. They show up when they need to, and they do what needs to be done.

Also, this one is a true story too. Based on an article made by one of the people in this story. A story that was about life, marriage, but really, the friendship that strengthened everyone involved. 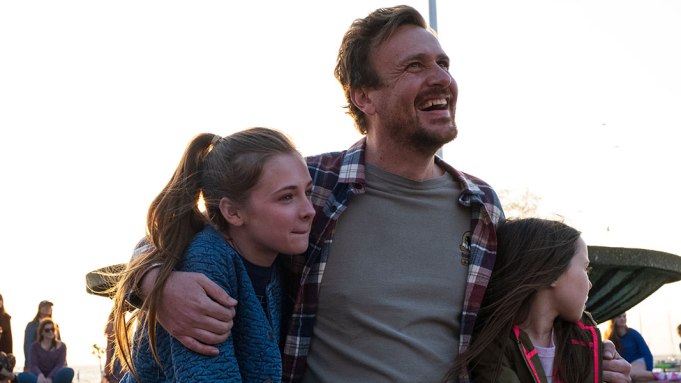 Quick! Someone call the cops! These are not his kids!

Cancer sucks. You know it, I know it, the media knows it. It sucks.

This is definitely a movie about cancer. Namely Nicole Teague (Dakota Johnson) getting cancer, one that is likely to kill her (it will, this is not really a spoiler). It is going to deteriorate her health, it will change her life going forward with the days she has left, and it will affect her family. Her already somewhat distant husband, Matt (Casey Affleck), who wants to be a journalist who reports on things that actually matter to people, hasn’t been the best husband or father, but he is going to have to be now.

And still, it is overwhelming. The bills. The stress. The kids. The jobs. The hope that it might eventually lead to a remission. They need help. And they have a mutual friend, Dane (Jason Segel) who is extremely loyal and dependable, and willing to put his whole life on hold, for not just months, but maybe even years, just to help out his best friends. Nanny, driving, chores, cooking, you name it.

And this is their story. 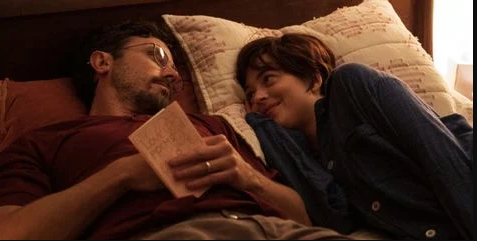 Quick! Someone call the cops! We all know people aren’t allowed to read in their beds!

Yes. Yes I did cry. Thanks for asking. Like, at least three times. Maybe four. Not just the end (but near the end as well), but sprinkled throughout. It really diversified the sad times. It didn’t just start happy and build up to the biggest sads. Because the film takes place across various points in time, out of order, before and after diagnosis (which the film makes clear). We can see happy and sad, happy and sad, happy and sad and even angry. One notable argument really got me, which made the whole thing even sadder and explained a whole lot.

Acting though is the name of this game, not just my tears being jerked. And fuck yeah we get some acting here.

Now, I want to mostly talk about Johnson and Segel here, because they are the best parts, but real quick on Affleck. He is fine here too, he reminds me of his role on Manchester By the Sea, so not a whole lot of range along the way, but good. Yet, he had those sexual assault claims that kind of did nothing to him, so fuck giving him praise for this.

Johnson? Well, she found her “post franchise amazing acting movie” to get her back on her feet. And let’s note that she has done great acting since 50 Shades, but nothing really big or that great enough to sort of overshadow 50 Shades. This one totally would and should. She is phenomenal.

Segel is playing his best acting role to date. He has been toying for at least a decade of these more serious, yet still goofy, roles for him that match him so well. I loved him in Jeff Lives At Home, but this one is better. This one is most definitely better. Hell, he is the title of the movie, he is the friend. He carries his own sadness and guilts, while just trying to help the only people he has considered his friends, even if they have had a rocky past, and it just shows.

Our Friend is the film version of an article of a true story. It is a familiar story of loss and fear of the unknown. And yet it is still a powerful one despite that.