Ohhh, box office failures? Guess I have to see it.

Much like you all, I never heard about the movie Arctic Dogs coming out to theaters. It wasn’t given to the press. If it had an advertising budget, it went up someone’s ass.

Arctic Dogs went to theaters on November 1st, and completely bombed. It opened in over 2,800 theaters and currently (at time of writing) has the worst amount earned in an opening weekend for that many theaters at just $2.9 million. Completely, and utterly destroyed by its competition.

But surely an animated film about some doggos can’t be that bad? 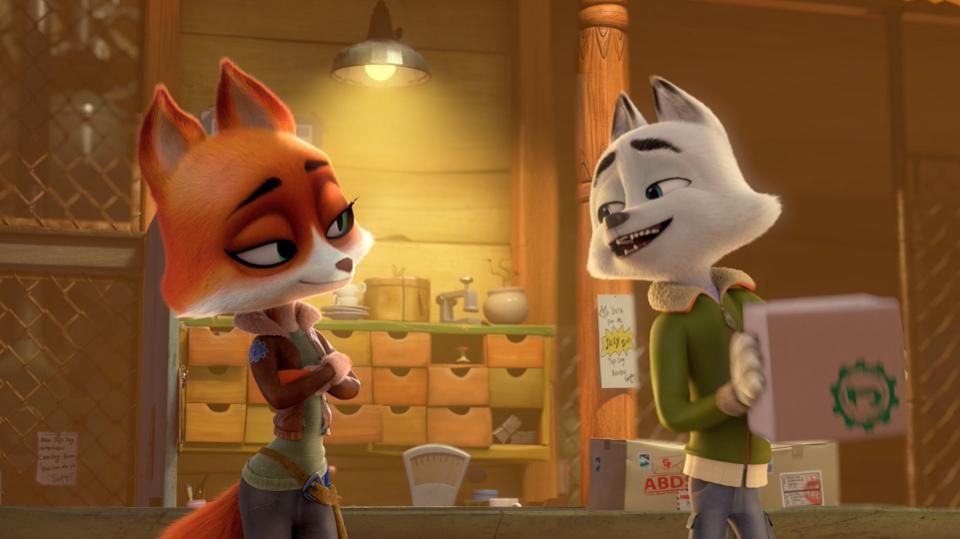 Swifty (Jeremy Renner) is an arctic fox, living in, well, the Arctic. He is super white, blends in with the snow, and thus, others seem to just ignore him and let him do his own thing.

Oh, yeah, this is a animals as humans movie. And the coolest animals in this small town are the Arctic Dogs super hero animals. What do they do? Oh. They deliver mail and packages to other small towns. Cool.

So naturally Swifty wants to be an Arctic Dog sledder, despite being a fox. And he meets the weight requirements, but isn’t really strong. So he is sent into the warehouse to help stamp packages, looking on the outside in.

Well, one time, Swifty has to send out a package. And it is to a weird Walrus recluse (John Cleese) who has Puffins working for him, all weird. And apparently that is enough for the Walrus to get rid of all the Arctic Dogs, just in case.

Now it is up to Swifty to deliver the packages, and, maybe, one day, also save the day. 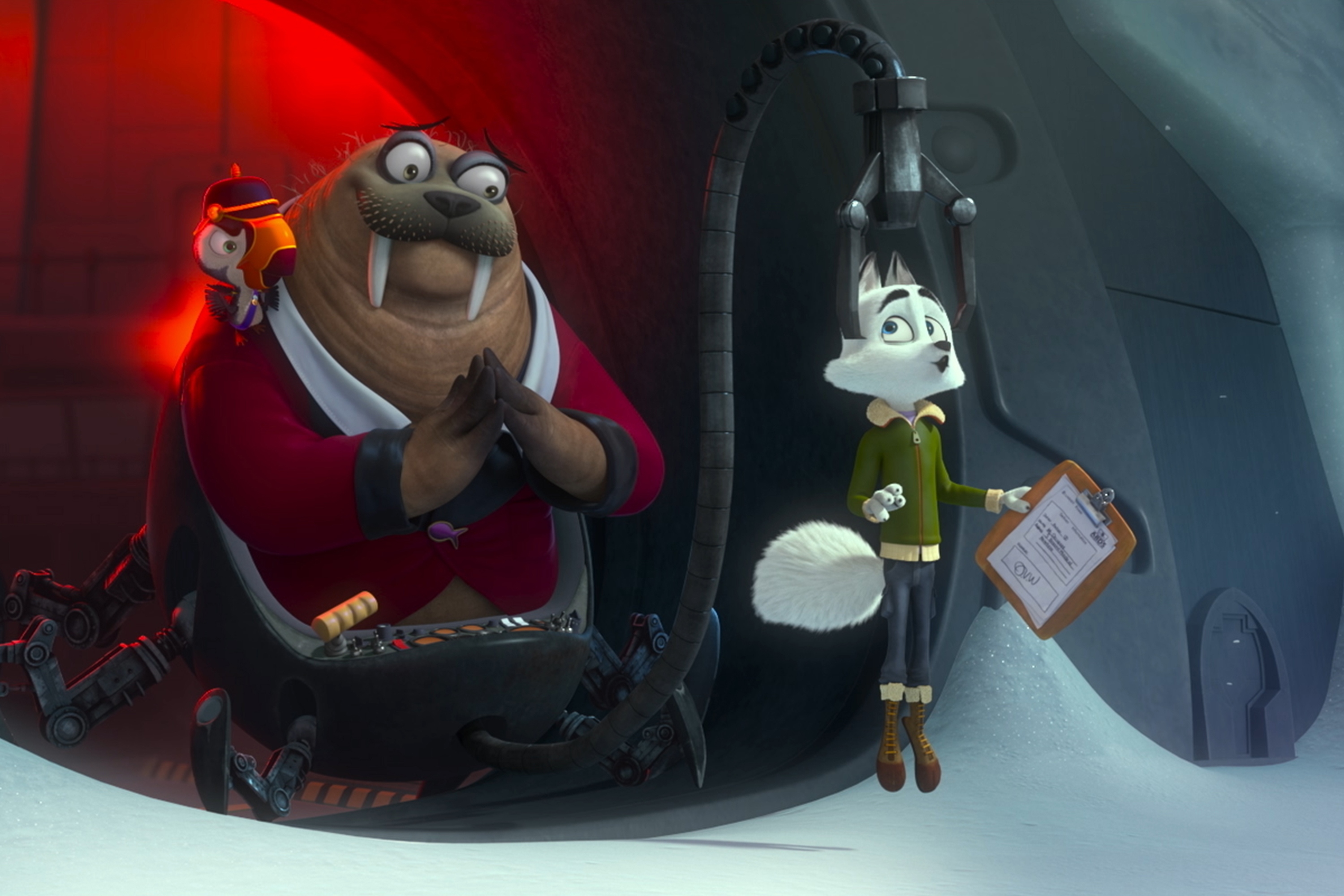 Yep, Walrus on a robot spider bod. The ladies love it.

You see, Arctic Dogs isn’t bad enough to warrant its record. I mean, it is bad sure. But it is straight to DVD bad, not let’s scorn this movie so it never tries this nonsense again, bad.

Voice casting, most of it is uninspired. Not even John Cleese could save it with his wonderful words and accent. Hero is generic. We have had plenty of times someone who wants to be something, that he literally shouldn’t be able to do, but does it anyways because perseverance. But they keep doing it with animals or inanimate objects so that the real message is lost.

At least this time in this movie he didn’t just train hard enough to eventually get the job and prove people wrong. No, he got the job because all of the others were captured. Why? Because of plot reasons that don’t make at all any sense. Why would the villain want to take out all of the mail delivery dogs, when he still needs to get mail delivered to finish his evil plot? … … … Ohhh, because of poor writing.

Our female lead has the personality of Engineer, which is at least slightly different than the personality of scientist. And she unknowingly helps the bad guy the whole time, because I guess she isn’t smart enough to know what she is building? And there could be plot resolved from this earlier, if the main characters could talk better.

Oh, and let’s not forget the bad guys motivations. He is used to represent Global Warming, because its great to have a single source for the blame and make things fixable.

I just…I don’t know why the plot is so, so, so, so bad. The animation is definitely okay/average. But the terrible plot, nonsensical decisions and overdone tenants of the story line make this a disaster from the start. Good thing no one watched it.