Fast Five! The fifth Fast and the Furious movie! Whoa. That is a lot of movies. So much that they are just giving me an adjective and a number now.

I think I was told this would be the last one too. Fast Finale. But that is false, there is a 6 and 7 in the works already. Oh well, can’t say no to more money.

Especially when it stares you right in the eyes.

This begins right after where Fast & Furious left off, so it matters kind of for the plot. But really you can guess what happened and be fine not knowing. Due to a series of events, the gang (Vin Diesel and Paul Walker) are in Rio! They are also framed for killing some DEA or ATF or something agents. So bring on The Rock who wants to capture them.

In order to clear their names, they have to both rob a rich drug lord in Rio, and avoid being caught by the feds. They need help. So they call in everyone helpful from the last four movies. Including Ludacris! Everyone loves movies where there is a large cast working to steal something. 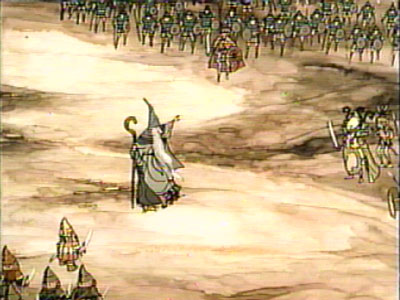 This shows “three armies” in the Hobbit Cartoon. Like Fast Five. I am explaining this, because I don’t think anyone would have gotten my joke.

This movie was a lot better than most of the other movies. It also comes before Fast3, which should be after Fast6. So don’t get confused at who is alive. The races were pretty much all outside. Nothing was too confusing. But if you want, try taking a shot every time someone falls from a height that should kill or injure them. That should get you pretty smashed.