2015 may be the year of documentaries about celebrities. I feel a bit bad that so many of mine for this year are about a single person, dead or alive. I mean, last week I did Amy. And I still have that Kurt Cobain one to do.

But today I talk about Brand: A Second Coming, about Russell Brand, a guy who is definitely still alive and kicking. Shit he kicks a lot.

This is about a documentary about how Brand came into fame, how he reached the top, how he fell, and whatever the fuck he is doing now. He is an actor, a stand up comic, sometimes a singer, and a political activist.

What? You only know him from Get Him To The Greek, Forgetting Sarah Marshall, or Arthur? Well, where have you been? Someplace that isn’t England? Oh, that makes sense. 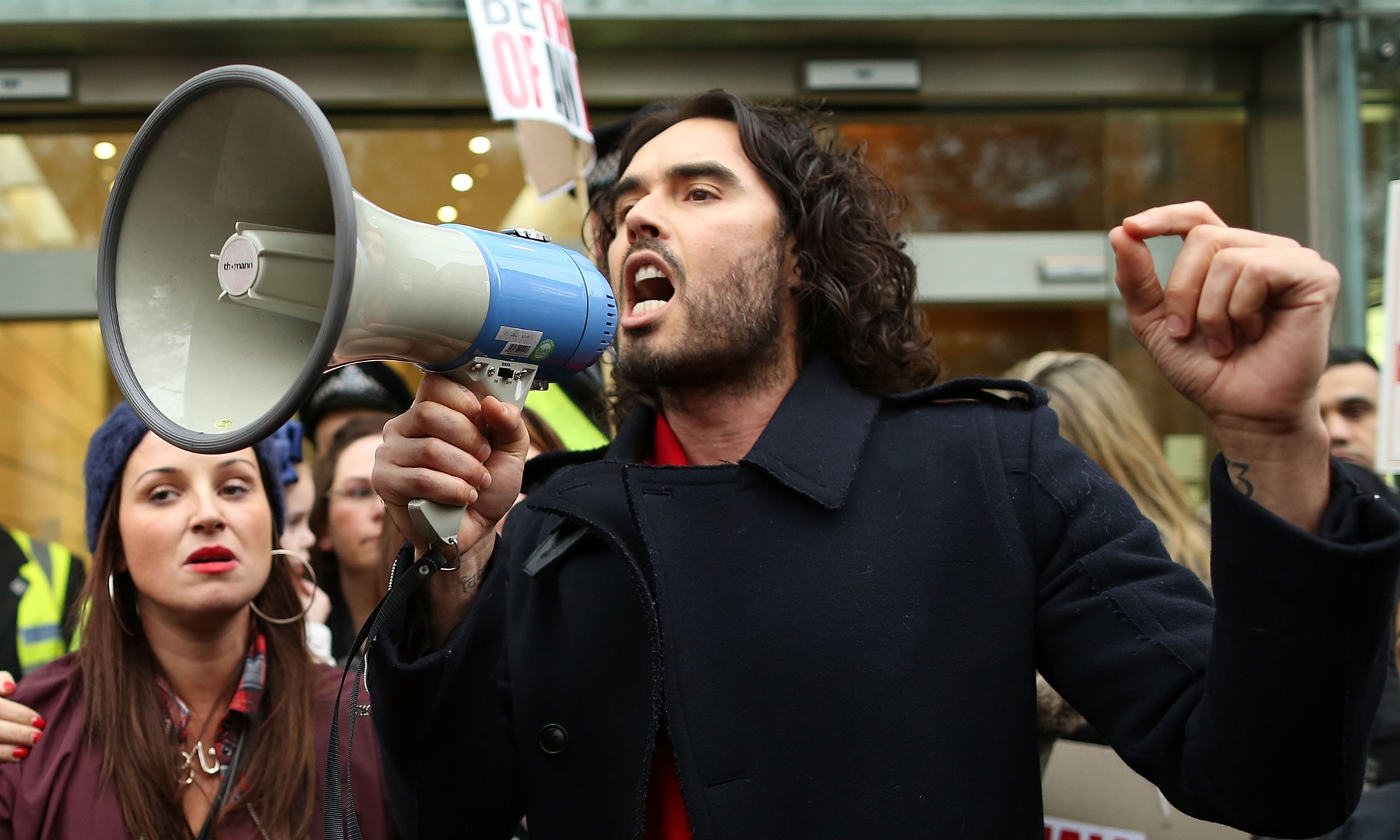 If you aren’t in England, you might never come across this guy. Or the Queen. Or the ghost of Winston Churchill.

Technically, part of this documentary is also showcasing Brand’s stand up tour, The Messiah Complex. You know, where he compares himself to Jesus is vulgar and funny ways. But only a few jokes/stories. Really, I think the main point of this review is to show how he went from acting celebrity, to political…activist…humorist…political something that he is today. Maybe consider him like Jon Stewart. But his show isn’t a big one on Comedy Central, it is instead a YouTube channel called The Trews (if the news had truth I think), where he went over how the news was reported the previous day, showing biases, lies, or whatever.

It is actually a really ambitious project and had actually gained me a lot of respect for him. All I knew about his politics was from that one Morning Joe clip that blew up on the internet a year or so ago. It is actually quite entertaining and shows he is smarter than some of his characters let him put on.

And hey, it was also interesting to see his side of the Katy Perry divorce story, as I only really heard about the why from Katy Perry: Part Of Me. How often do divorced couples each get their own documentary? Outside of presidents and their wives.

Overall, I’d call Brand: A Second Coming as merely interesting. It feels like it is going all over the place early on, and I did find myself wondering why he even had a documentary at this point in his career. Good for people who love Brand already, that is for sure. Probably the most profound sentence in any review I’ve written right there.