Well, second if you don’t include movies he has acted in (Alex Cross), movies he made without Madea (Temptation: Confessions of a Marriage Counselor), or movies he just presented (Peeples).

I do know that most of his Madea movies are released as a stage play version first and this play version came out a few years ago. At the time I worked at a Blockbuster and I was surprised to find it constantly checked out by customers. “Unfortunately” I missed out on the opportunity to see the play version first, so I will just have to go into this one blind. 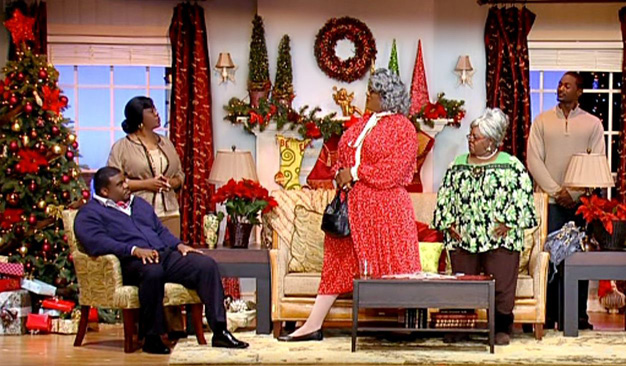 Clearly I was missing out.

For the general Madea (Tyler Perry) movie plot, I think it is assumed she has a lot of relatives and close friends, so every new movie will be a story about one of her friends/family. The only constant between them is Madea’s existence, and allows for a fresh new cast each and every time.

This time, it is Madea’s friend Eileen (Anna Maria Horsford) who requests her help. She is worried about her daughter, Lacey (Tika Sumpter), who has moved to a small area in Georgia and isn’t coming home for Christmas! Oh the horror. Lacey is a teacher at the elementary school. The small town is undergoing a crisis, because they have lost a lot of their water supply to a dam upstream, and they don’t have enough money to have their Christmas Jubilee party. Oh no! Even more horror!

Lacey also ended up marrying her college sweet heart, Conner (Eric Lively), a seed scientist, which is why they moved back to his old home in Georgia. He is a white man. That is the real kicker here. And that she never told her mother about Conner’s existence. Apparently she hates white people. Conner’s parents (Larry the Cable Guy, Kathy Najimy) already knew about the marriage and are fine with it.

So the main plot deals with Marie battling her very strange case of racism. Strange in that it is all based on one tiny event a long time ago. There are other side plots, like Lacey potentially losing her job, love interests, and adult and kid bullies. It also stars JR Lemon, Alicia Witt, Chad Michael Murray, and Noah Urrea. 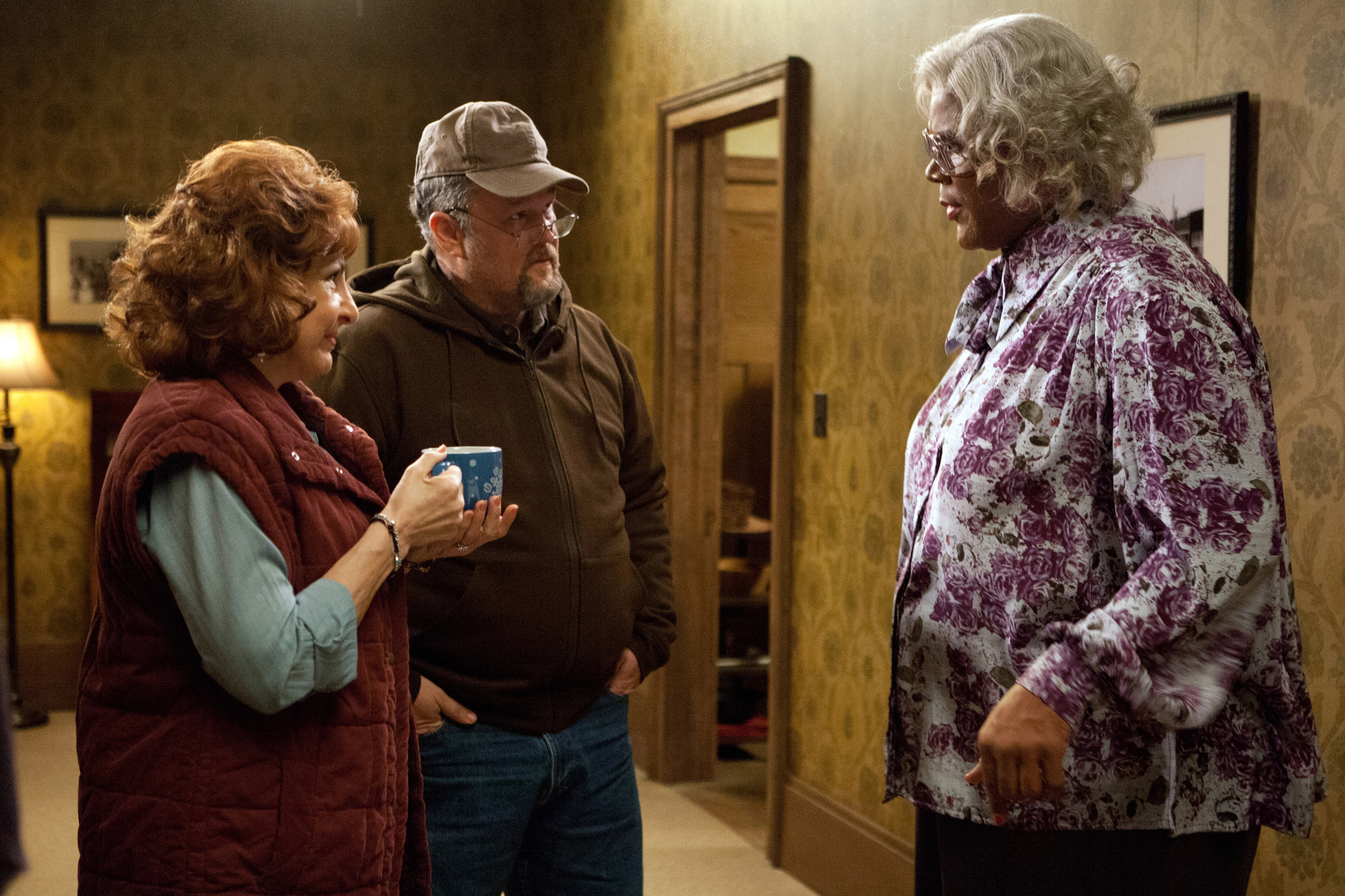 Larry and Perry? Maybe a match made in heaven.

This Madea movie definitely went a different direction than I was expecting. It is about a very racist black woman, who was also one of the rudest characters I’ve seen in film. She was deplorable, nothing she did seemed to make any sense. I am almost certain that she never got over her racism by the end, either. The ending also came out of no where. It included a car explosion and then the Christmas Jubilee. At the Jubilee, a small speech happened, that doesn’t change anything in the film, but they use it as a conclusion nonetheless.

The more enjoyable parts of the movie come from Madea rambling, but Larry the Cable Guy held his own against her, with their conversations being the highlight of the film. Shout out to Kathy Najimy, who has lost a lot of weight and almost looks like a completely different person.

If I had to split it up, the comedy parts of the film are decent, but the drama parts are horrible. Unfortunately, all of the conflict comes from the dramatic parts, so the main plot lines just feel boring. The movie tried to argue the true meaning of the holidays, but did such a poor job that it felt like a convoluted mess.

Oh well, maybe next year the next Madea movie will be better.