Did you know that? Even in the shitty movies, he is the best part.

His computer generated self however is not as good as the real thing.

True Grit is not a remake of the other movie. It is based off of the book, just like the first movie. I know some people who refuse to watch it because its a remake of a “John Wayne movie”, but that is wrong.

The main star is actually Hailee Steinfeld, a young girl who is out to get the man who murdered her father. She hires Bridges, a ranger, to find him for a fee. She also lets Matt Damon know, who is already looking for the same man. The man played by Josh Brolin.

So the movie is about the search for the murderer, normally a mans game, but including the addition of a spunky little girl, who knows what she wants. 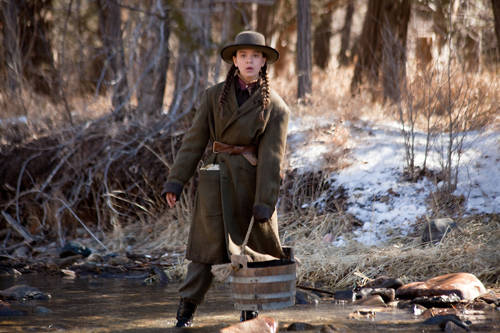 The Coen Brothers have been trying to perfect their “Western” movies for awhile, and they have done so with True Grit.