Nicholas Sparks. Famed romance novelist who writes a book and then immediately turns it around to also make a movie. A genius. Basically gets a movie a year!

So now we have The Longest Ride. And don’t worry, I saw The Best of Me the day before, I just wanted this review to come out first because it was more relevant.

I went in seeing no trailer or a plot description. Just a hope that it was about a rodeo and not a road trip.

This isn’t just about the rodeo, this is about Luke Collins (Scott Eastwood), who is one of THE best bull riders out there, from a little old state called North Carolina. Well, Luke had a big fall, he couldn’t conquer the biggest baddest bull Rango [I have found out this bull is a real bull for bullriding competitions and actually was one of the best. I say was, because he passed away before the premiere of this film after 7 years]. Now, a year later, Luke is back in North Carolina and ready for his come back. He had to take quite a bit of time off, but he wants to get into that big championship tournament again, so he needs to get back to riding.

And while riding, this North Carolina boy meets this New Jersey girl, Sophia (Britt Robertson), who is about to finish up her degree at Wake Forest University. She falls for him, despite the fact that in 2 months she is moving up to NYC to start an internship as an art curator or something. Well, Luke, being a country boy from North Carolina trying to save his families farm, he wouldn’t get that art stuff. He is a farmer! Not an art-er!

But yeah. North Carolina Rodeo boy! New Jersey art girl! How could they live and love? And what can they learn from that old dying man???

Also with Melissa Benoist randomly in another movie as sorority girl, Jack Huston as Ira in the past, and Lolita Davidovich as Luke’s momma. 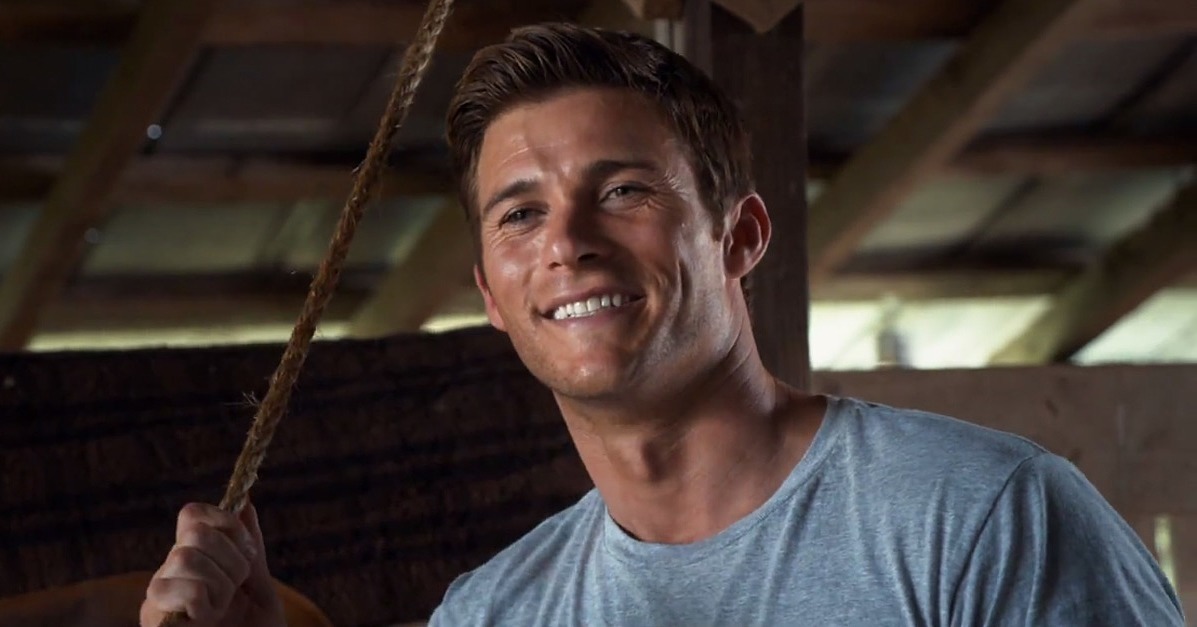 I can never get over how much Scott Eastwood looks like his daddy.

Did I mention that Luke was a local boy, from North Carolina doing all this? Because the movie made sure you knew. Basically every time an announcer was talking about Luke, often multiple times in the same event, they would bring up his North Carolina-ness. I mean. It is a southern state. They have rodeos there too. They make it seem like he is the lone person to ever rodeo out of the place. As if it was a Hockey player from Kenya.

Lately, Sparks’ movies have tried to have more layers in them. I blame Dear John. Maybe it has always been a thing and I didn’t realize. But I guess he can’t write a simple romance anymore and just let it be a romance story. This one is plagued with flashbacks, in the form of the old guy/WW2 story. And it feels incredibly long and doesn’t add a lot to the story. Are parts of that plot line necessary? Sure. But to include so much and take us out of the romance promised to us, it felt annoying. This is the longest movie this guy has done too, so it really weighs on that parts feel cuttable. Especially when the side story seems to have its own side story included.

Parts of it are sloppy too. Some of these flashbacks are shown to us when character is reading a letter. However, thematically, these parts make little sense. If he is writing a letter to his lover, would its contents actually be a full on description of what they just did? Hell no. One letter he prefaces with the fact that the night was a great one. It was about their first kiss and dating. Yay. That same flashback letter also apparently included a long love montage and eventual engagement. Jeez. Some day indeed.

I just hate bad flashbacks. Later on they made sense because it was the old guy just telling a story to them. But fuck the early ones.

My other biggest issue is the actor who played young Ira. He looked nothing like Old Ira, he was painfully awkward on the screen, and sucked up the place. The lead lady had moments of weakness too. But flashback Ruth and modern Luke? They were pretty decent for the most part. I gotta stop talking about this, because I have almost hit 900 words. But overall it was okay, and its biggest weakness is Sparks’ trying to get too many layers in his stories. Sometimes simplicity can work.