Remember my last review of The Muppets? No? Well, there it is if you want to click on it. If you don’t want to, I gave it a 2 out of 4. I never watched The Muppets as a kid, so I had no sense of attachment. It was an okay movie on its own.

So when I heard that it was getting a sequel with even more cameos, even more Muppets and an even more ridiculous plot? Well, sure, why the fuck not? Muppets Most Wanted. We got a spy movie folks. 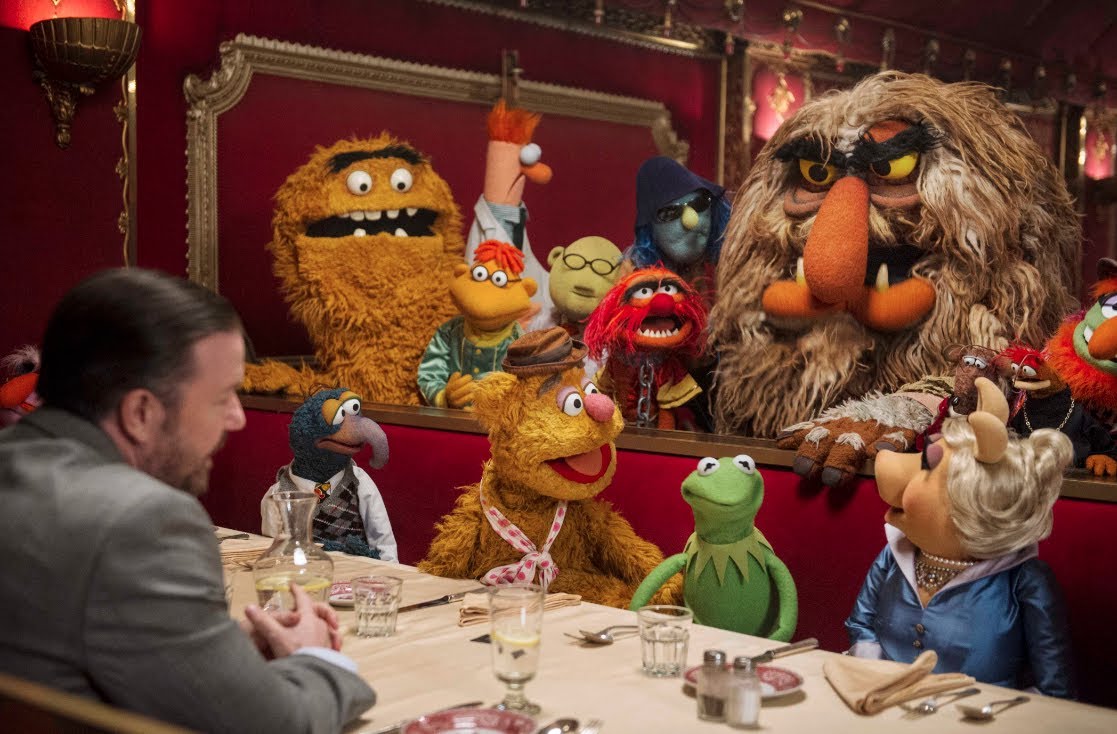 Walter from teh first film still not necessarily important enough to make it into this shot.

So, the Muppets gang has been given a sequel. That must be true. Why else would the cameras still be rolling? They are still voiced by their normal people who voice a shit ton of them, so here they are in a list: Steve Whitmire, Eric Jacobson, Dave Goelz, Bill Barretta, David Rudman, and Matt Vogel.

They decide that the plot of the movie should be the Muppets going on a world tour! The idea is actually suggested by Dominic Badguy (Ricky Gervais), who might have ulterior motives for getting The Muppets around the globe. At the same time, the world’s most dangerous frog, Constantine, has broken out of his Siberian Gulag and has a plan. If he covers up his mole, he looks a lot like Kermit. He can make Kermit look like him, allowing Constantine to steal more treasure and live a rich life.

Mwhaha! The perfect plan! Especially when Kermit is back in Siberia, with a mean old guard Nadya (Tina Fey) watching his every move and a bunch of evil criminals (Ray Liotta, Jemaine Clement, Danny Trejo).

Oh, and they have an Interpol agent on their trail kind of. He is played by Ty Burrell.

Is all the celebrities? Oh fuck no. We got a lot of them. Hell, some of these guys I didn’t even recognize before. A lot of them are only up for a second or two. So I would list them, but that would ruin some of the surprise.

Man, this plot was super simple. 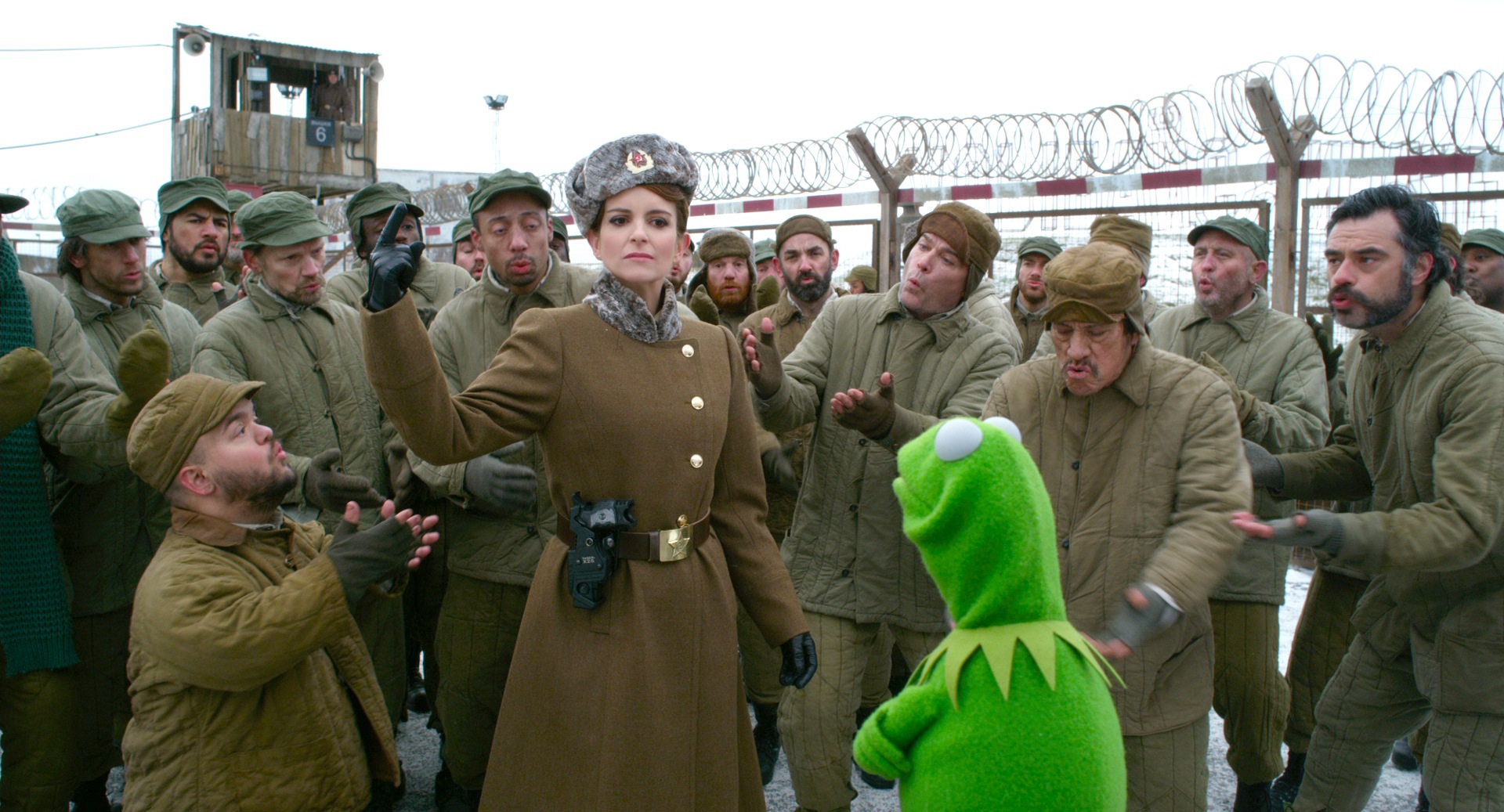 It is impressive how well they sing in those frigid temperatures!

Smiles. I had a smile on my face more or less the entire movie. Everything about it felt cute and wonderful. I only remember one of the songs from the last movie, while this time, a bunch of the songs will end up sticking with me. I mean. I really really enjoyed the movie.

Then the credits rolled and I saw that Bret McKenzie wrote it all! That’s right, we got the entire Flight of the Conchords crew working with this movie. Jemaine as an actor, Bret as the song writer. Last film he was only the music supervisor, not the writer. Also, the director James Bobin directed like, half of the FotC episodes. That’s a lot of quality humor going into this movie.

Which is why I smiled the whole film. It was completely ridiculous but it just seemed to work. The cameos were great and plentiful. The plot was absurd, but interesting. And shit, it was funny.

The last movie, again, I thought was okay and admitted I never really grew up on The Muppets. This time, some how, I loved the sequel and want more Muppets in my life.

Definitely go see this quirky movie, a new clear favorite of mine for the month of March. At least, for the films that came out as wide releases.