Here I thought I was done with animated kid movies for the year. Outside of The Penguins of Madagascar, I had every major release!

Nope. There was another film. The Hero Of Color City. Very limited release, but it decided to release the dvd before Christmas, so I figured I would give it a shot.

And just for more science, I watched it with a three year old who clearly is the target audience for this type of movie. Because if I am going to pay a dollar to see it, I might as well make sure someone has a good time. 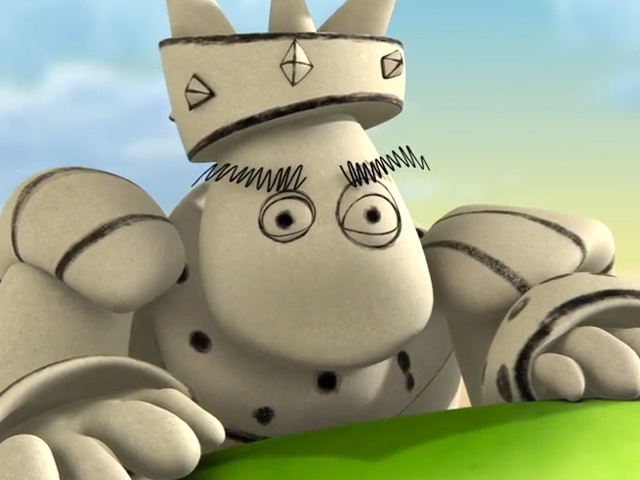 A moment of silence for the man with no mouth.

This movie is set in a crayon box. Belonging to a boy! He was drawing some strange creatures but his mom made him stop. And he didn’t even get a chance to color them! Sketches, with no color! Sad times.

He also doesn’t clean up his crayons. They have to clean themselves up and return to their box. Because in their box is a portal to a crayon based world! Of course, every color has a personality trait associated with said color. Yellow (Christina Ricci) is a coward and is late to getting back to the box. So when the two sketches of the boy come to life and demand to be colored, she lets out a secret of where she is going and runs away!

Great. Now the sketches are in the color land, demanding to be colored, and threatening their way of life.

So now a small band of crayons are going to have to save the day. Including Yellow. She doesn’t want too but accidentally comes along. She joins Blue (Wayne Brady) who is so cool, Red (Rosie Perez) who is bad ass, Black (David Kaye) who is basically just Eeyore, Green (Jess Harnell) a nerd, and White, who I can’t find the voice person for, but just wants to be used really.

They also have voice talents from Owen Wilson, Sean Astin, Tom Lowell, and Jeremy Guskin who basically recreates Professor Frink from The Simpsons. 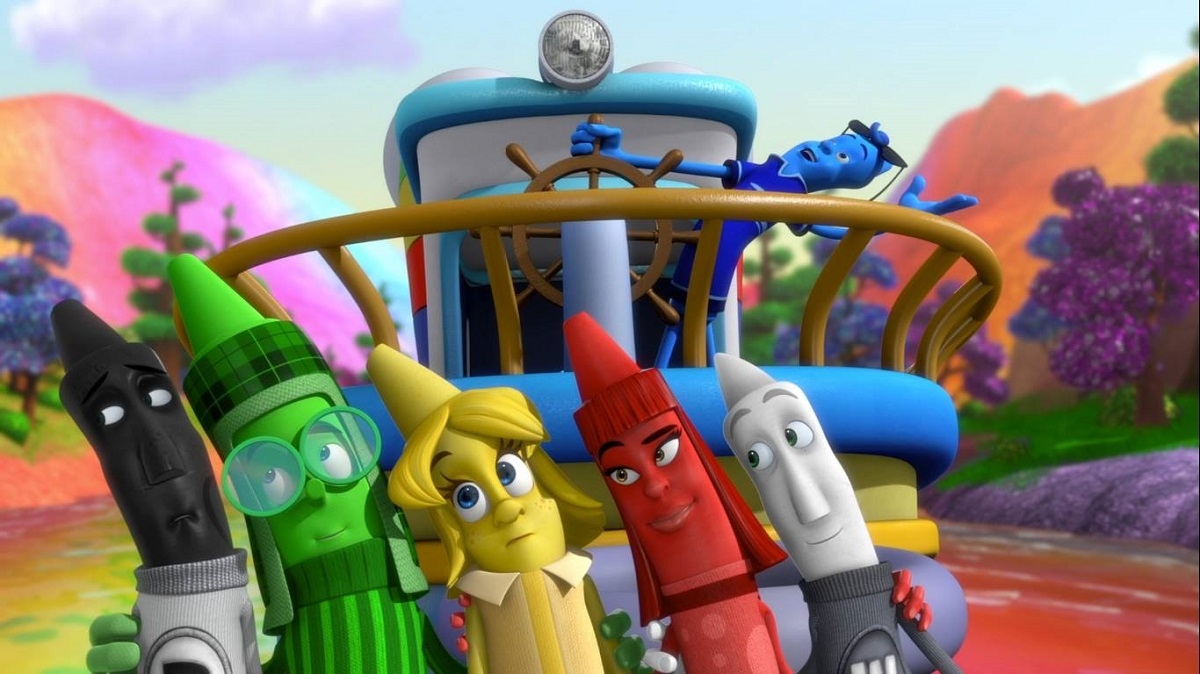 They are so jolly because they aren’t broken. They embody the YOLO.

Early on in this movie, it was clear that it was terrible. Of course each crayon is just an extreme stereotype. But while going through it, it was getting a bit better. And then the ending was downright terrible for so many reasons.

It featured extremely lazy conflict by the end. Aka, a character couldn’t explain their actions and put up no effort to really say the one or two sentences to make people understand. So their friends turned away and they were “powerless” to make them listen. But it was some of the worst attempts at talking that I have ever seen. Not only that, but once they realized how to stop the creatures from ruining their way of life, they were like, “Oh shit, it is because we judged them and didn’t try to talk to them to figure out what they wanted!”

Bull. Shit. Right when they get to the city and even before then they literally say all they want to do is get colored, and instead, the crayons who have one sole purpose in life, don’t realize this and don’t listen to them and almost get wiped from existence. Which makes sense really, because if a crayon won’t color, who gives a shit about that crayon.

This movie might have been a 2 if they could have done anything average with the ending, instead of a manure fest. It had some okay songs in it that the kid enjoyed and the story was beyond simple. But it was also very lazy.