The Dressmaker is about someone who makes dresses.

Oh, and it is from Australia! How exotic.

So god damn exotic up in this introduction.

Okay, okay, here are some more details. This takes place in a small outback town of Dungatar, a close knit, everyone knows everyone community. And Tilly (Kate Winslet) has returned to take care of her sick mother (Judy Davis). Tilly was sent out of the town at a young age, to live elsewhere. She became a really great maker of dresses and is ready to return to her roots.

But then she is called a murderer. What? Apparently she was banished for killing another kid at the local school house. The local head councillor (Shane Bourne) and father of the dead boy made the decision. But now that she is back, her home is in shambles and they call her mother mad. She doesn’t remember the circumstances around the boys death, but deems she needs to find out the truth.

What follows is romance, lies, outright bitchiness, competition, and more. Hell, once she starts getting people to accept her again, some higher ups go and bring in a rival dress maker (Sacha Horler) to stop her spread of good will

But even if Tilly finds out the truth of her past, will it make things better? Or is the town too spiteful and angry for there to ever really be a cure. 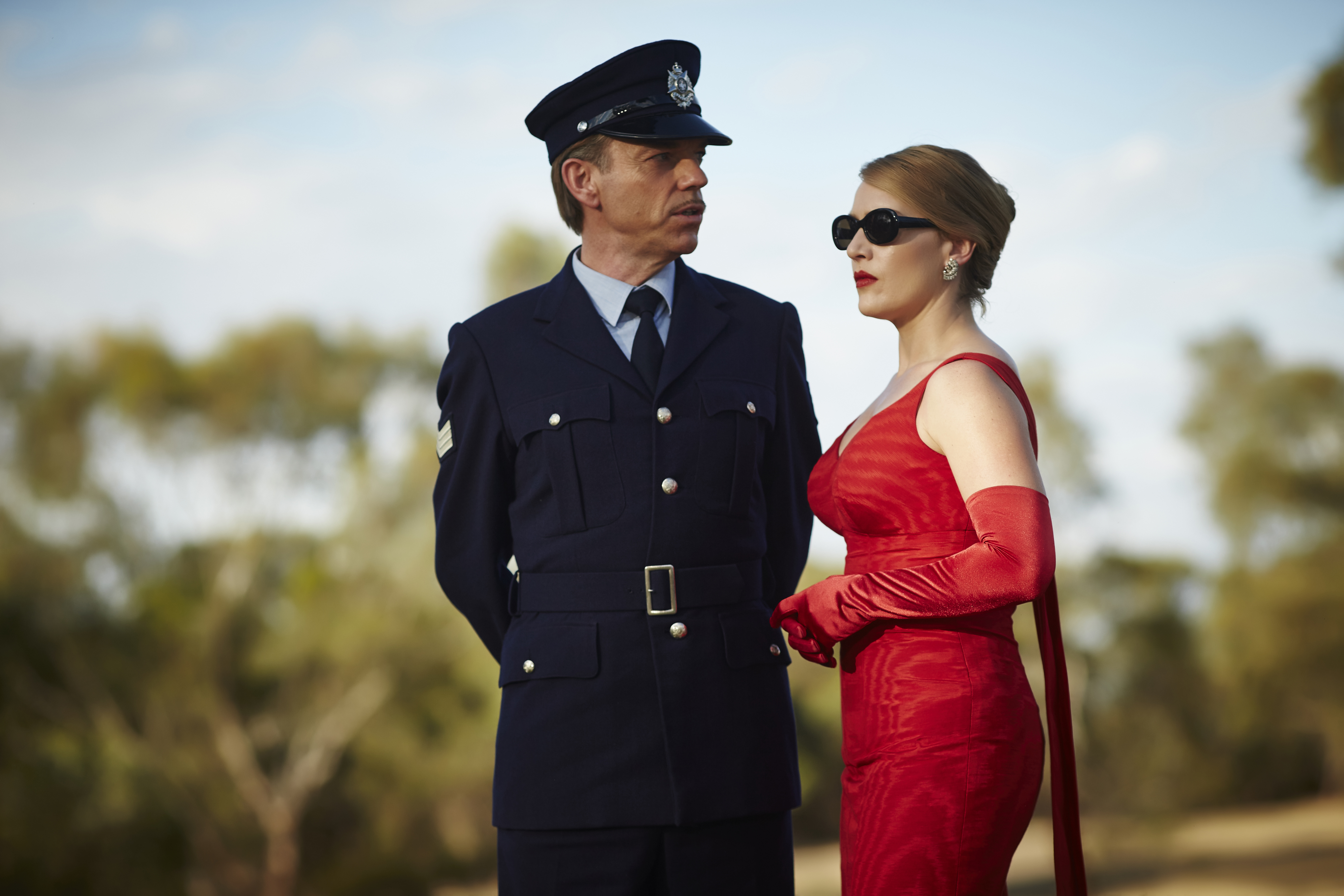 The cop can’t arrest her for standing out in a crowd. Nor for looking fabulous.

Oh here it goes. The Dressmaker is a weird, quirky film. It is about small town life, but you know, Australian. And set in the 1950s or so. Those who grew up in small towns will be able to more readily relate to the gossipy nature of everything, regardless of country it is set in. It isn’t a completely unique element in film, but given that this movie deals with an old murder involving kids, it does sort of grow quite rampantly.

But really, the reason to watch this film would probably just be the dresses themselves. They are extravagant by any means, but look bizarre when compared to the dusty, small town, 1950s vibe. Just another quirky element of the movie, the juxtaposition of the fancy dresses with the poor farmer. They are quite wonderful and this film has potential, if any, to be nominated for costumes.

But outside of the dresses and some fun Winslet movies, it didn’t really offer me much more. The ending started to get carried away with itself, as everything suddenly happened much more quickly than the earlier pace of the film. Some crazy things happen, they keep happening, and then Winslet’s character goes out with a bang.

A bit of revenge, a bit of mystery, a lot of weird, and a movie that is forever going to be hard to recommend.