Adderall is a drug designed to help those with ADHD calm the fuck down and get their work done. That is how I understand it at least.

Adderall is also a drug that goes around college campuses or weird professions, where the user will take it in order to focus more on a task. The amount sold under the table on colleges increase more around final exam times. So yeah, people might use it to “study better” or finish an essay or stop looking at their facebook every few minutes. It has also been used by journalists and writers, I am sure.

Basically, the plot of Limitless is the guy takes Adderall5000 and his extreme focus lets him do a shit ton of things. What fun!

The Adderall Diaries, if anything, is a shitty title to a movie. Adding Diaries to something is just unoriginal. This one is based on a book, but the book came out in 2009, so it was already past the point when Diaries was a cool thing to add to a title. So I am going into this movie pretending it is just 1995 and the title was cutting edge. 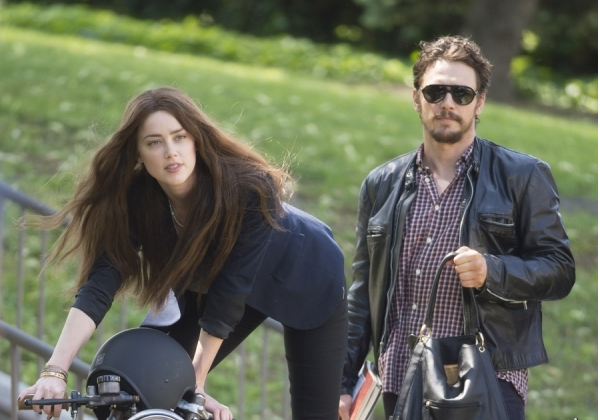 Of course I was six then, so I probably thought this was how to ride a motorcycle.

Hans Reiser (Christian Slater) might have killed his wife. Who knows. That is what the trial is for.

For some reason, this case drives the interest of one Stephen Elliott (James Franco). He is a writer, who writes stories based on his life. He had a rough child hood, with a dad (Ed Harris), who was abusive, left him to make him homeless, and eventually died. He has a book deal, an advance from the publishing company and more thanks to his wonderful agent (Cynthia Nixon).

But he has writers block. So he wants to write about this case instead. It drives close to home. Not that anyone wants any of that True Crime shit right now. They want his personal stories. While watching the case, he meets Lana Edmond (Amber Heard), a journalist. They start doing stuff together.

Oh and hey. His dad isn’t dead. Stephen lied about that. This creates problems, as other big moments might be lies as well. Add to the fact that he isn’t writing, no one wants the new stuff, and more, his life might come crumbling down as well. 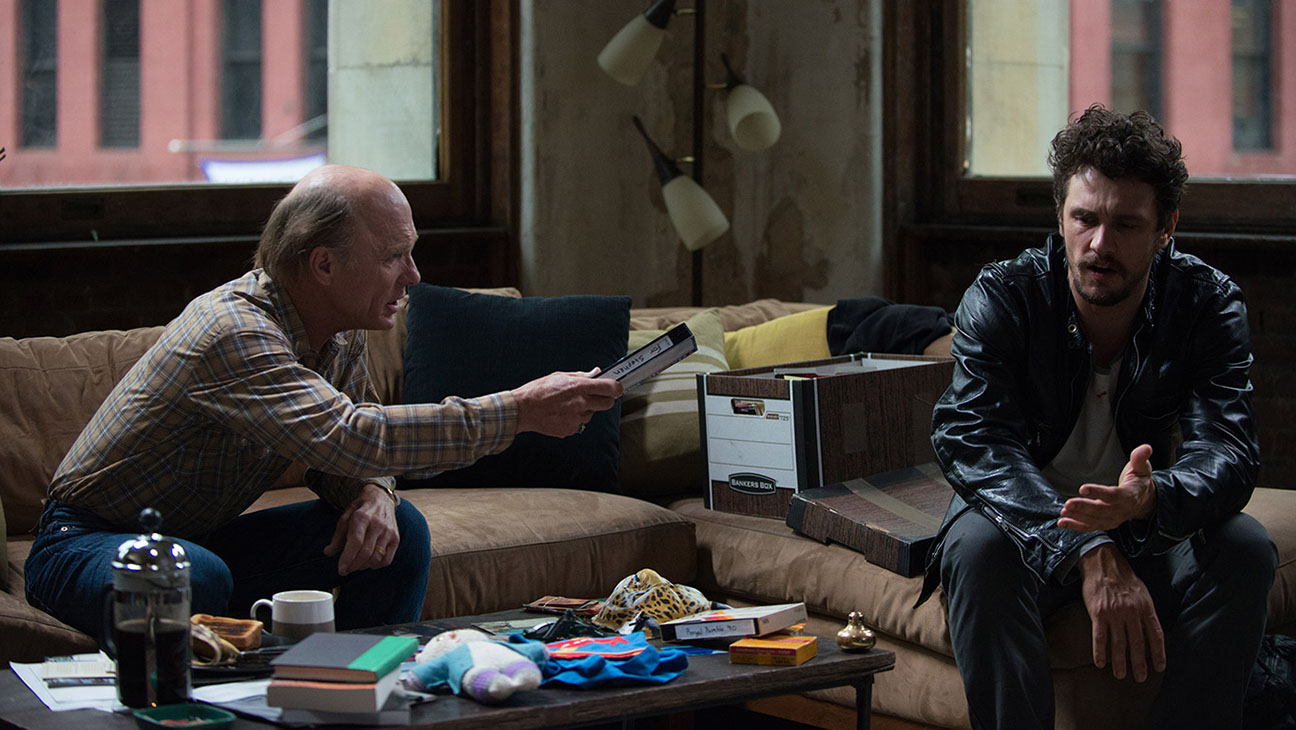 A VHS tape? Man, getting my head set in the 1990’s is actually pretty easy.

Similar? Yes. Annoyingly so? Still yes. Franco loves independent films. So much that he is more of these indie films than he is bigger well known films, and that includes the stoner ones. And for the most part, all of these films he is a part of just seem to be incredibly lacking. It might not all be Franco’s fault…it could also be his agent specifically picking lesser roles.

This film is dull, but in a slow burn way. Franco’s character is all over the place. There are quite a few sub plots and they don’t seem to mesh together fully. There are some tense moments. There is a lot of yelling. There is some classy text over the screen to make sure you are a paying attention. But overall it just feels like the entire story is pointless.

At least in True Story we had great cinematography and a better story. This one just doesn’t seem cohesive and I am left wondering why quite a few scenes even happened.