My decision to watch The 9th Life of Louis Drax seemed to happen almost by accident. In fact, I had four options for screeners to go see, an overwhelming number of choices. One of them was about to come out in theaters, so I didn’t want to rush the review. Another one didn’t come out for almost two months, and there would be more future screenings. So it came down to this film and a war film.

I settled on 9th Life merely because it seemed weird. Both films seemed interesting, both had mysterious components. But this title was just a bit stranger.

And hey, going on to read the IMDB page really didn’t answer any questions. I figured it was based on a book and would just be an actual unique movie to witness. I just didn’t imagine it would also be intense, haunting, and emotional.

And hey, you know what they say.
Wires on the head, sexy in bed.

Louis Drax (Aiden Longworth) is not your average little kid. On his 9th birthday, he finds himself falling off a cliff, straight into the ocean. You see, Louis Drax has always been accident prone. His birth was an accident, he almost killed his mom, Natalie (Sarah Gadon) in the process and needed an emergency C-Section. When he was a baby, a light fixture fell on him in his crib, breaking ribs. But Louis survived. Louis survived electric shocks, food poisoning, and more, and damn it, he is going to survive this.

And he has a great coma doctor to help him in Dr. Allan Pascal (Jamie Dornan), who also gives TED talks about coma stuff that is totally relevant to the plot. However, Pascal’s relationship with Natalie, as they both mourn over Louis’ fate gets a bit too personal and with the dad potentially stalking around, it can get bad.

At the same time, they really have to get to the bottom of all these accidents. Why is God seemingly out to get this little boy, causing him to need to see a psychiatrist (Oliver Platt) for all of his issues?

Ah, what a happy little family. 9th birthdays are always full of falling from heights, right?

The 9th Life of Louis Drax is the type of film I would love to talk about, complete with spoilers, but that is now how my site has worked. So I will respect that and keep things vague.

9th Life was a movie going experience. Not in the same way of something like Lord of the Rings, but an emotional roller coaster, going more than up and down, but also backwards, looping, spinning, and in circles. I’m sorry, that hyperbole was kind of shit. The intro showed Louis going through accidents growing up, including as a baby, and it basically made me horrified. I cried. And that was just the beginning. (Editor’s Note: Yes, I also cried at the ending).

Louis in the coma was a strange place, full of flashbacks, weird creatures and demonic voices. What was happening in real life at the same time was just so odd and strange. In terms of the mystery, I figured it out for the most part about halfway through. However, I was wildly wrong on the smaller details and guessing a big part of the end didn’t take away from the actual experience. 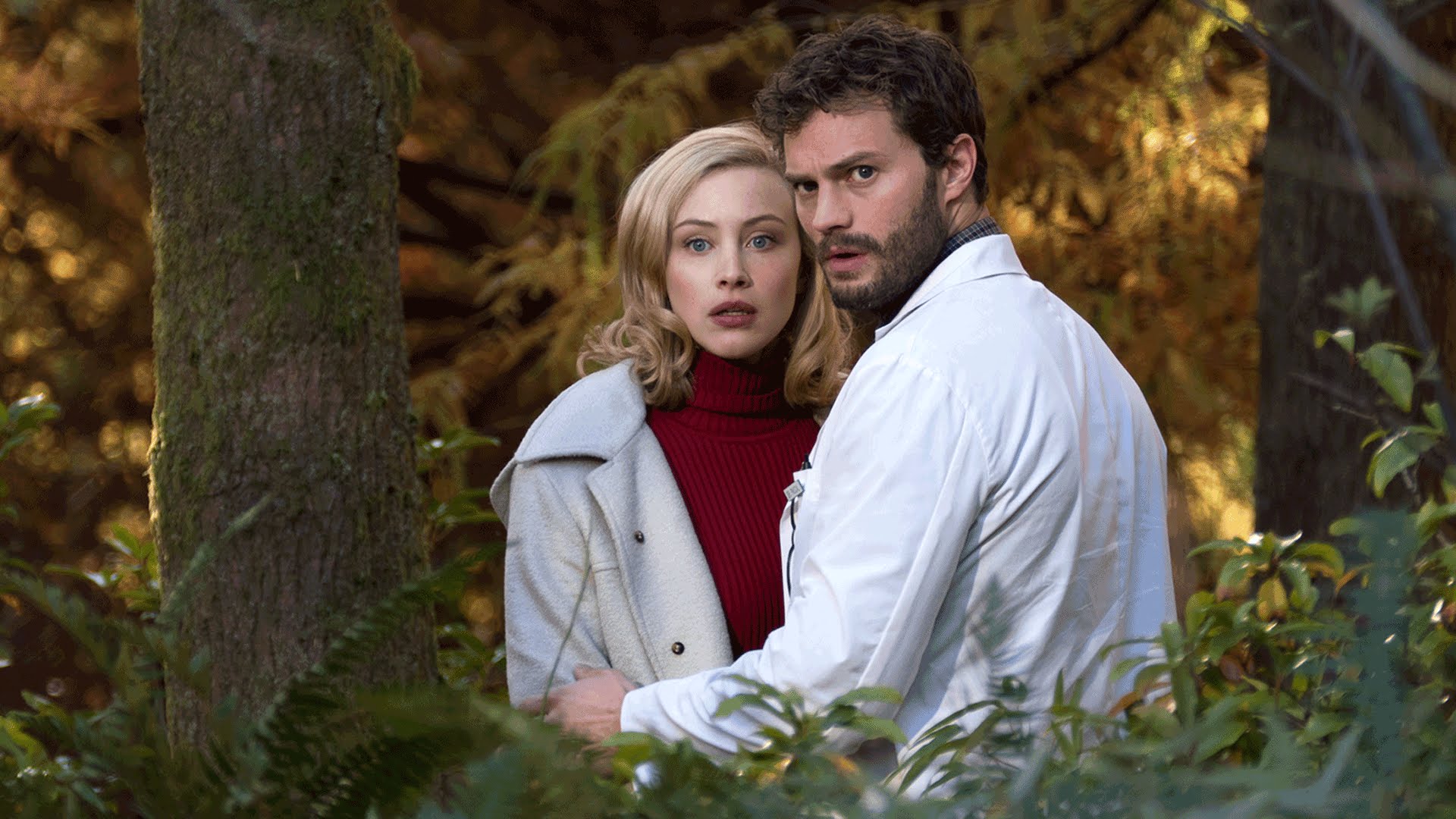 No, we don’t get to see Dornan’s penis. Stop asking. This is like Fifty Shades of Grey all over again.

The acting from Gadon, Dornan, Longworth, and Paul were all top notch. This is probably the best acting I have seen from Paul since Breaking Bad. He had me in tears at one part as well. Gadon’s character was appropriately weird, Longworth carried every scene despite being such a young actor, and Dornan was a very relatable character. It was easy to see his mistakes and understand why he was making them, while also finding him sincere in all of his actions.

And shit. This movie despite being fiction is about real diseases and problems. Again, if I went into specifics, it’d count as spoilers. There was one really odd scene at first that didn’t feel realistic. However, it fit within the universe that the movie had created, so it wasn’t completely out of place. It did provide a very haunting and sad ending as all of the threads were finally unraveled.

The 9th Life of Louis Drax surprised me. I both want to see it again and kind of never again. Good performances all around and damn it, an original story as well.