If you wanna have a good time, every time you say Looper, you should pronounce it as “Loopah”. Reminds me of Zelda a bit.

It is a good idea to laugh. Especially when you see Looper, and feel all sorts of weird feelings during it. 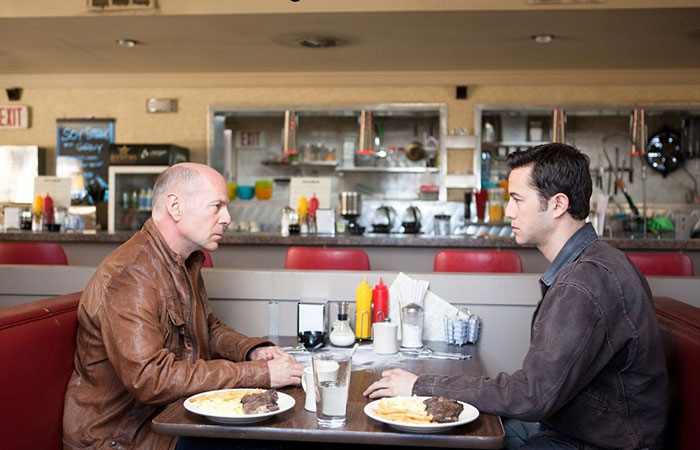 The year, 2044. The setting, Kansas, because why the fuck not? Joe (Joseph Gordon-Levitt) is a Looper. Probably want to know about that, eh? Well, in the future, time travel is invented and immediately banned. Naturally then, only criminals have time travel at that point. So they sent a representative back to 2044 (Jeff Daniels) to set up a system to their advantage. Bodies are hard to dispose of in the future, so they send back the people they kill at predetermined times and locations! The loopers job is to kill them right when they appear. They get paid with silver bars strapped to the back.

They work until their loop is closed. How does a loop close? That is when the mob sends back the future version of yourself. They are always bagged, so you don’t realize it until you see that you received gold bars instead of silver. Then they know they have 30 years left of their life, and to take their huge wealth and enjoy it. But things start to hit the fan for the Loopers. Loops start closing quickly. Joe’s good friend, Seth (Paul Dano) ends up letting his future self go, causing problems! Apparently the future is scary. Some new guy is taking over and closing up shop.

But what happens when Future Joe (Bruce Willis) gets sent back. Will Joe do his job, kill his future self? Or will he help him figure out how to change the future for the better, with every action they take changing it in some way? And what does the future have to do with a local single mom (Emily Blunt) and her kid (Pierce Gagnon)? 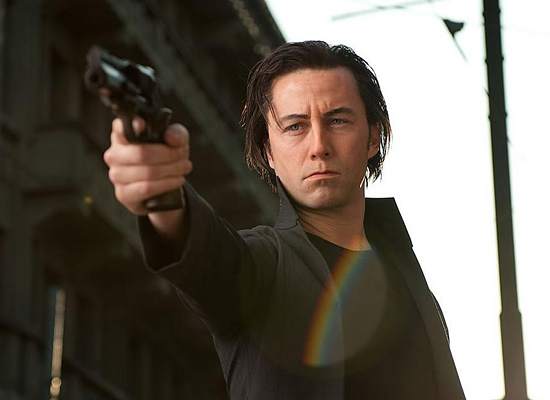 Tell me I am not the only one who immediately thinks of Bangkok Dangerous when I see this?

Shocked. Shocked is basically how I felt after watching that movie. Not at the ending. No, I could see it coming, just still didn’t expect it. Hell, there was many options the ending could have chose. The film did a nice job of keeping you guessing, and leaving you with a feeling of wonder.

I know what you want to know. Time travel? Does that mean this movie will be confusing? Does their time travel make sense? Hard to say really. I’d say there is some confusing elements. Comes with the territory. Is their time travel without paradoxes? No, not really. Especially when dealing with loops and stuff. I would say their metaphysics isn’t perfect, but it is good enough for the movie.

The science in the movie isn’t the main feature though. It is the characters involved. Lot of serious questions get asked when dealing with your future self and the implications of it, of which I think the film handled wonderfully. Everyone acted pretty amazingly, and I was on the edge of my seat wondering what was next. They also did great job with the makeup work to have Levitt look like a younger Willis.

Finally the movie does a few things that few films outside of horror ever do. Have the potential death of multiple children, and the use silence in the music and action to convey feelings of isolation/being alone. I love it when a film steps out of a normal comfort zone. It is great when a film makes you think too, and focuses a lot of energy into character development in arguably a short time. Just don’t go in expecting some action heavy flick, and you will be set.