This is a kind of weird movie. It is kind of a documentary, but also not really. Which is the joke/reference it makes at the beginning. Howl has about three different parts: one the telling of the poem Howl by Allen Ginsberg, famous beat poet. Two, an interview with him about the poem and his life. And three, the court room precidings against his publishing company who were defending the work from being banned for being “obscene”. Allen Ginsberg in the first two parts is played by James Franco. 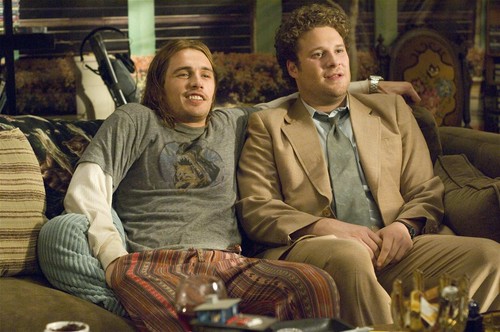 Sure. I could see him being a famous beat poet. I guess.

None of the events filmed in this are the actual scenes. But everything is word for word, the interview is the same, and the court room is the same. The telling of the poem goes back and forth between some art house small stage, and an animated work they made to go to the poem. The animation was very interesting, but I of course still didn’t understand anything about it. I was most excited about the courtroom parts, because I care about censorship, and wondered how it went down. This part featured everyones favorite actor, John Hamm, who did okay. Franco played Allen Ginsberg, mostly in the interview part, but also in the telling of the poem. I can honestly say I didn’t think it was Franco most of the movie, just didn’t have the Franco voice I am used too.

Even if you don’t understand or care about modern poetry, like me, this can be an interesting thing to watch. Clocks in under 90 minutes so it doesn’t take up too much time. You can also put a check mark on you “snobby nerd bucket list” probably.