Welcome to July 4th! And because Independence Day: Resurgence had to go and come out super early and of course not be good, I have to review something else today instead. And I had nothing. Nothing in my to watch queue fit the theme of the day and my mind was completely blank.

So sure. Netflix to the rescue? I first searched for the word America (and American), but none of the movies really felt patriotic. Or the ones with America in the title weren’t new enough for me to want to review them.

Okay, fine. So I went for the next best word to describe today. Straight up Freedom, and a movie called just Freedom is what I got. And it had to do with American civil war stuff! Great! I just had one of those also, Free State of Jones, but it also didn’t come out July 4 weekend so…yeah, we already talked about that.

A mostly random film that I know nothing about, just for July 4th review. 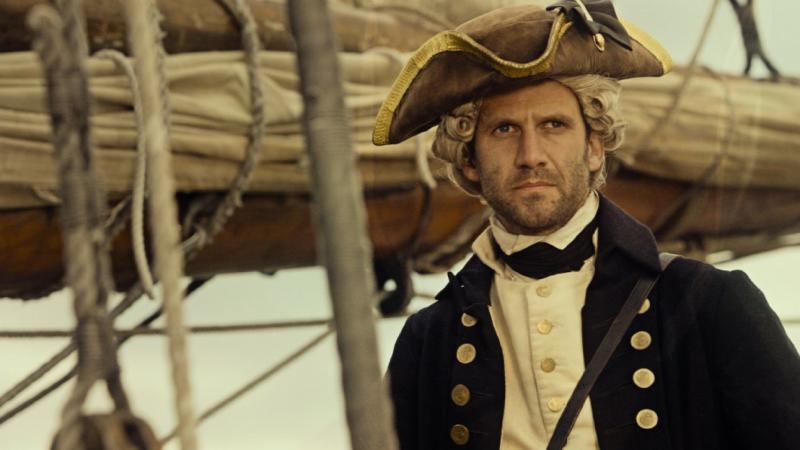 Although with a civil war theme, I wasn’t expecting this guy to be a main character.

Samuel (Cuba Gooding Jr.) is a slave and he doesn’t to be a slave. He is on a plantation with his mom (Phyllis Bash), wife, Vanessa, (Sharon Leal), kid (Aaron Bantum), and other people. The group of them and someone nicknamed Big Hand (Phillip Boykin) want to escape and finally try it, but the plantation owners find out really quick. Big Hand distracts the dogs so the family can escape though.

This pisses off the owner, Monroe (David Rasche). He really liked Vanessa, like sometimes slave owners did. He gets his old friend, Plimpton (William Sadler) to get out of retirement and hunt the slaves down with a small team. He used to be really great at it too.

Ahem, sorry, back to Samuel. Samuel doesn’t like singing. What the fuck right? He also doesn’t believe in God, or at least the “white man’s god” that would make them slaves and hurt them so. Yet he is alone in this regard. His family thinks he is ridiculous for not going on with their masters religion. Which is why his mom starts telling the story of a guy, a hundred years ago, who knew his great grandpa or something, who also made the song Amazing Grace.

Yep, we have a side story, of John Newton (Bernhard Forcher), a British dude who had to sail a ship as the captain. He just had to go pick up slaves, take them to America, and come home. His fiance (Anna Sims) would be waiting for him. Hell, he wouldn’t have to interact with the slaves. That is what his first mate (Jubilant Sykes) was for, also a slave. Fun!

And so we get the stories of the Samuel family escaping to Canada, and this British guy getting sad about slavery while taking them to the US. Also featuring Michael Goodwin as Garrett. 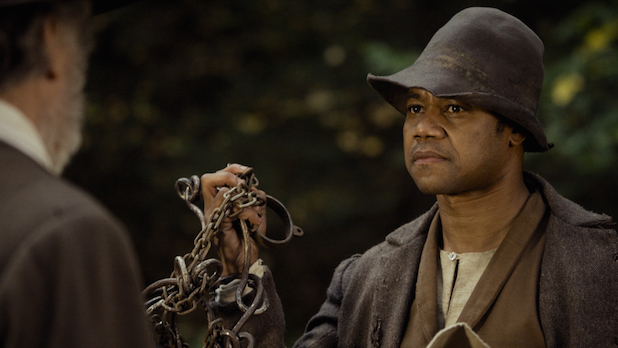 Yep, this is what I expected with the civil war theme.

At the end of the movie, I was shocked to find out that a few characters in this film were supposed to be real. This Garrett fellow apparently helped get 2,500 slaves over many years to freedom. Cool dude. And of course, John Newton, a British guy who actually did make the song Amazing Grace. This film was partially a biography to him, or at least why he was inspired.

Ah. Cool I guess? The story itself though had very little to do with Samuel’s story. And the “connection” to the story was unfortunately forced and silly, because Samuel isn’t a real person, just Newton is.

Instead, Samuel and his family get to be the slavery representation of thousands of people who had similar trips. They just wanted to also talk about Newton for whatever reason. The struggles shown for the family are relatively small on their hundreds of miles of journey though. In fact, most of it went pretty smoothly.

No, the crux of this movie is people being mad at Samuel despite Samuel having a perfectly reasonable attitude towards life. Slaves were forced to like Jesus and Samuel never really caring for that fact makes a lot of sense.

But no, by the end he figures out that Jesus is still awesome, despite his own personal struggles. So he finally sings a song when he is free, and then the movie ends.

The reason I gave this a 1 is because there is a surprisingly large number of songs in this movie. And yes, all of them are Gospel in nature but I happen to like that. Most of them didn’t really feel realistic as they tended to have that “produced” quality to them, but hey, it helped break up the monotony that was this dull, possibly offensive story.