This review is my 1100th from the site. I know, after 1000, what is the big deal? Eh, having a special longer review every 50 reviews gives me something to look forward to. It allows me to save particularly famous movies for ridicule. But not every one of them is actually bad. For instance, I last checked out Teen Beach Movie and it ended up being okay. So there is always hope. Maybe the hate these movies get is all internet hooplah.

Which is why I have decided to look at Dragonball: Evolution today. I, like every male in my age group, have seen Dragonball Z on Toonami as a youth. A nice anime, despite the 75 hour fights. Lots of story and backstory, and for what it’s worth, the show makes sense in the universe it created.

So when they decided to make a movie, clearly there would be an army of neckbeards furious if any part of it strayed from the anime, like any of their sacred source material. They don’t believe in movies telling their own similar story. I will do my best to avoid that in this review. 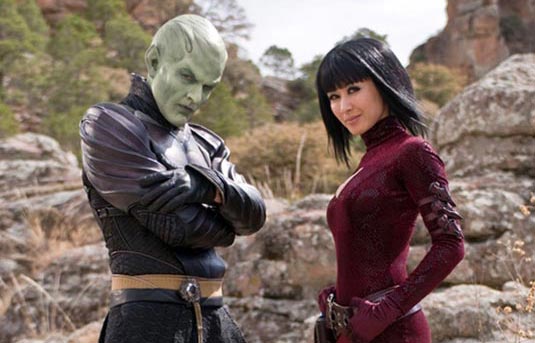 Well, so far the villains look power rangers quality bad. This should actually be good for my demographic.

This movie takes place on an Earth. But in this earth, two thousand years ago, this alien Piccolo (James Marsters, yes, Spike from Buffy) tried to destroy the earth with a giant monkey, but some people sealed him in the Earth. Now, Goku (Justin Chatwin) is a teenager. He is getting training from his grandfather (Randall Duk Kim). He knows how to fight, channel his Ki and all that. But why is that important? Hard to say. Buy kicking the butts of bullies at school is always fun. 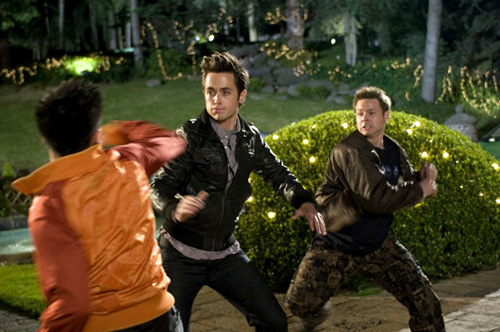 Anyways, his grandfather gave him a Dragonball, with four stars in it. He told them there were seven overall. These do stuff. We all know what they do. Get all seven, get an immortal dragon to come down and grant a wish! Yay! But not so fast. While Goku was trying to get his Chi Chi (Jamie Chung) on, this Piccolo fellow and his woman assassin friend Mai (Eriko Tamura) came by grandpa’s house and killed the old man, looking for the ball! Oh no! Sad times.

Anyways, those sad times don’t matter, because then some bitch comes into his house with a gun trying to take his ball! He beats the girl up, her name is Bulma (Emmy Rossum), and somehow she made a device that can sense local dragonballs. Of course, lucky timing. Yes, this is the same Emmy Rossum from Phantom of the Opera. 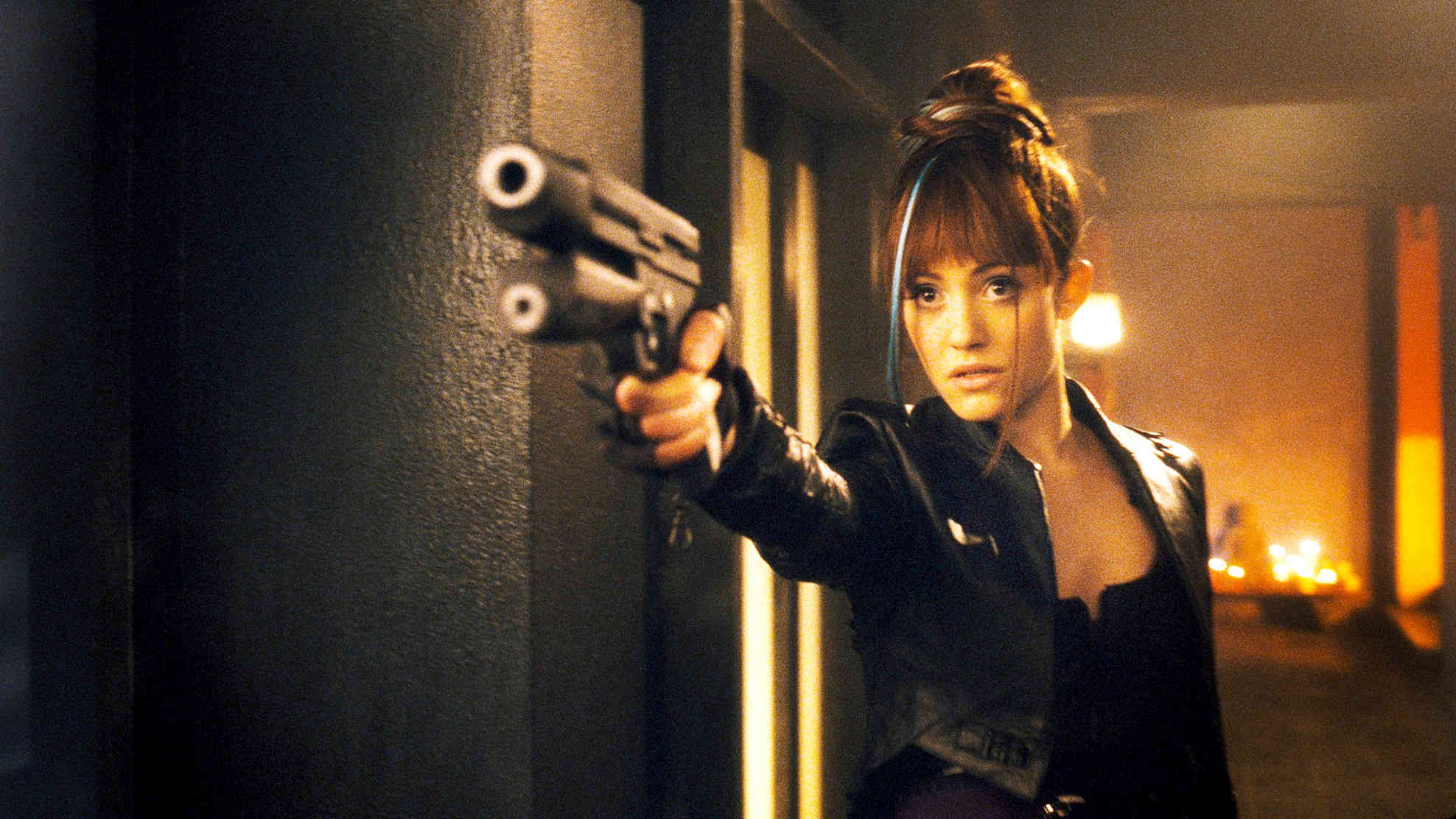 I honestly couldn’t find many more good pictures then generic character ones.

So they team up and go to find Master Roshi (Yun-Fat Chow)! Oh yeah, that is a guy that Goku’s grandpa told him to go and find before he keeled over. He can learn how to fight better with him maybe.

They actually find him next on accident! Yay dragonball locator. Mini fight happens, oh shit, he is Roshi. Big happy times. He joins them on their journey to help train and stop Piccolo. 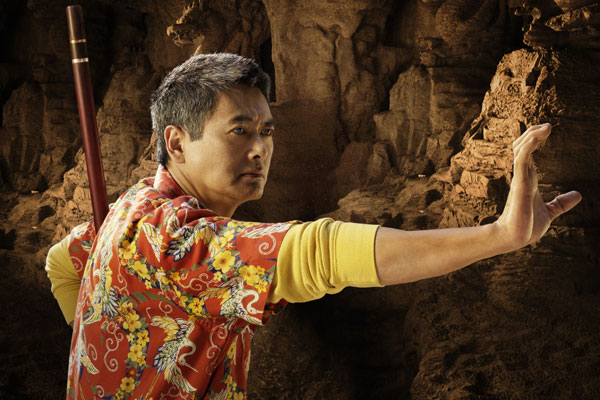 Despite the age difference, this might be the closest good casting decision in the movie!

Then what? I dunno. Some training and shit. Let’s take a moment to talk about other things. Like about how un-exciting the Piccolo character is in this movie. He isn’t even scary, he just looks awkward. Let’s also talk about how our male lead and Bulma both went on to be major characters in the American remake of Shameless.

Anyways, while looking for another Dragonball, they fall into a pit trap from this fucker Yamcha (Joon Park). He doesn’t want to help them until he gets cash. Eventually he helps them and they fight off Mai and get another Dragonball! 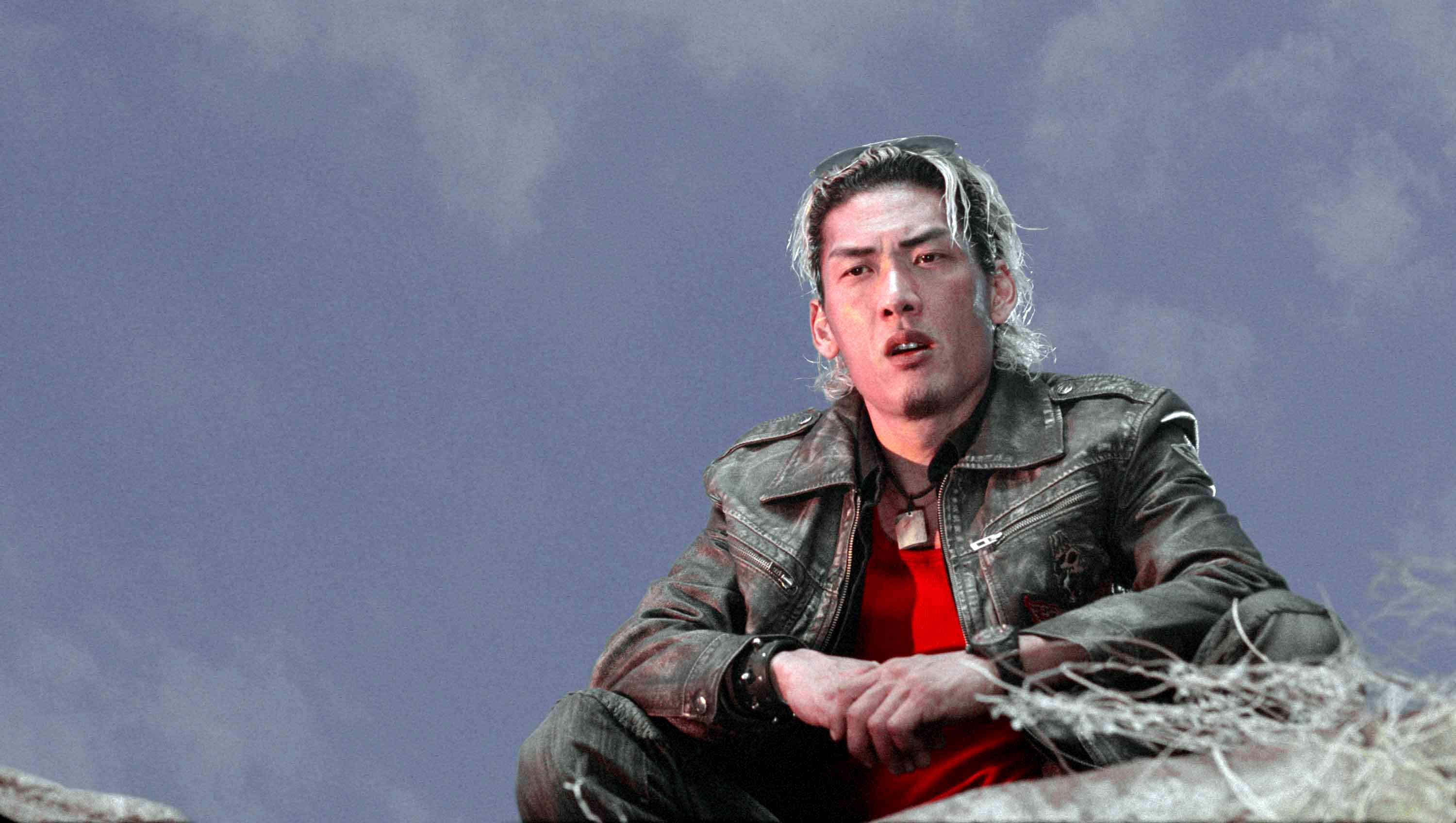 That’s the fucker, right there.

Did I tag everyone who was important by now? Good. Because no more new characters.

So, the rest of this movie is Goku training under Roshi, doing crazy things and feats of strengths, while Piccolo for whatever reason isn’t fighting them.

Speaking of Piccolo, why do they have such a hard time getting the dragonballs? He knew where some were, like Bulma’s, but couldn’t find Goku at the party? That seems strange. I am even more confused that he didn’t reach the Roshi or Yamcha ball before them either.

Blah blah, training and stuff. Oh hey, Piccolo’s team has stolen the dragonballs and will now summon the dragon! Oh wait, Goku and friends crash the party and start to fight. Turns out, Goku is actually the big monkey demon that is supposed to be on Piccolo’s side, but that seems to be just a minor issue. Because he remembers his destiny and frienship and decides to not be a demon anymore.

They really dodged that demon monkey bullet, didn’t they?

Goku then uses the Kamehameha wave, takes out Piccolo and saves the day! But now they have a dragon to summon. They can wish for basically anything what will they do?

He wishes Roshi back to life. That’s it. Dragon says sure, then gets the fuck out of the way, and spreads his balls all around earth. I mean, he could have wished for all lives lost by Piccolo back to life or something, including his grandpa, but yeah, sure, just Roshi.

Man, Goku sure is a fuck face. 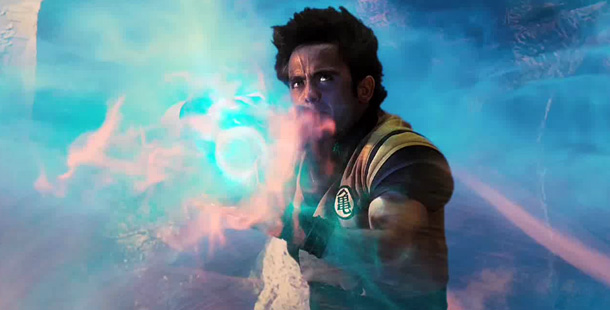 Does that not look like a fuck face to anyone else.

How about that analysis?

Well, Dragonball Evolution indeed was terrible. Not even basing it off of the cartoon, but you know, it’s own plotline and movie was just absolutely dreadful. Sometimes the internet is right about these things (although they always choose their opinion before it comes out).

The plot is all over the place, mostly nothing is explained, things happen so fast, and none of it in any way is believable. The villain is never seen as scary. The threat doesn’t feel real because it is accidentally too stupid. The fucking demon monkey scene took only a few minutes to begin and end! That should have been way scarier and had a bigger impact than what we got.

Acting was awkward too. Goku as a hero wasn’t relatable or really heroic feeling. Kind of felt like a whiny kid at times. Chi Chi is maybe the only character to be given a bigger role and expanded into someone you might actually like.

It also had no fun elements. Dragonball Z is kind of funny. The humor in this movie was practically nonexistent. If they attempted some humor in it, it would be a wildly better movie, because the plot is impossible to carry the serious tome without being overtly ridiculous.

Please, movie makers. Don’t do another live action anime anytime soon. Unless it’s Sailor Moon. I would watch that one easy.