Alright, look, I am sorry it took this long to review District 9.

Most have you have already seen it by now, I bet. Which is great. It was fantastic when I watched in theaters in 2009. Shit, that is like, four years ago. FOUR YEARS AGO PEOPLE. Fuck. It seems so new, even now. Still, I am reviewing it now for two reasons. One, Neill Blomkamp. District 9 was his first directed movie, and it is an indie one at that. Insane. More importantly, he has another movie coming out in a couple of weeks, Elysium, you might have heard of it.

Reason number two? I said I would review this movie once I finally rewatched it again. Needless to say, that shit took awhile. 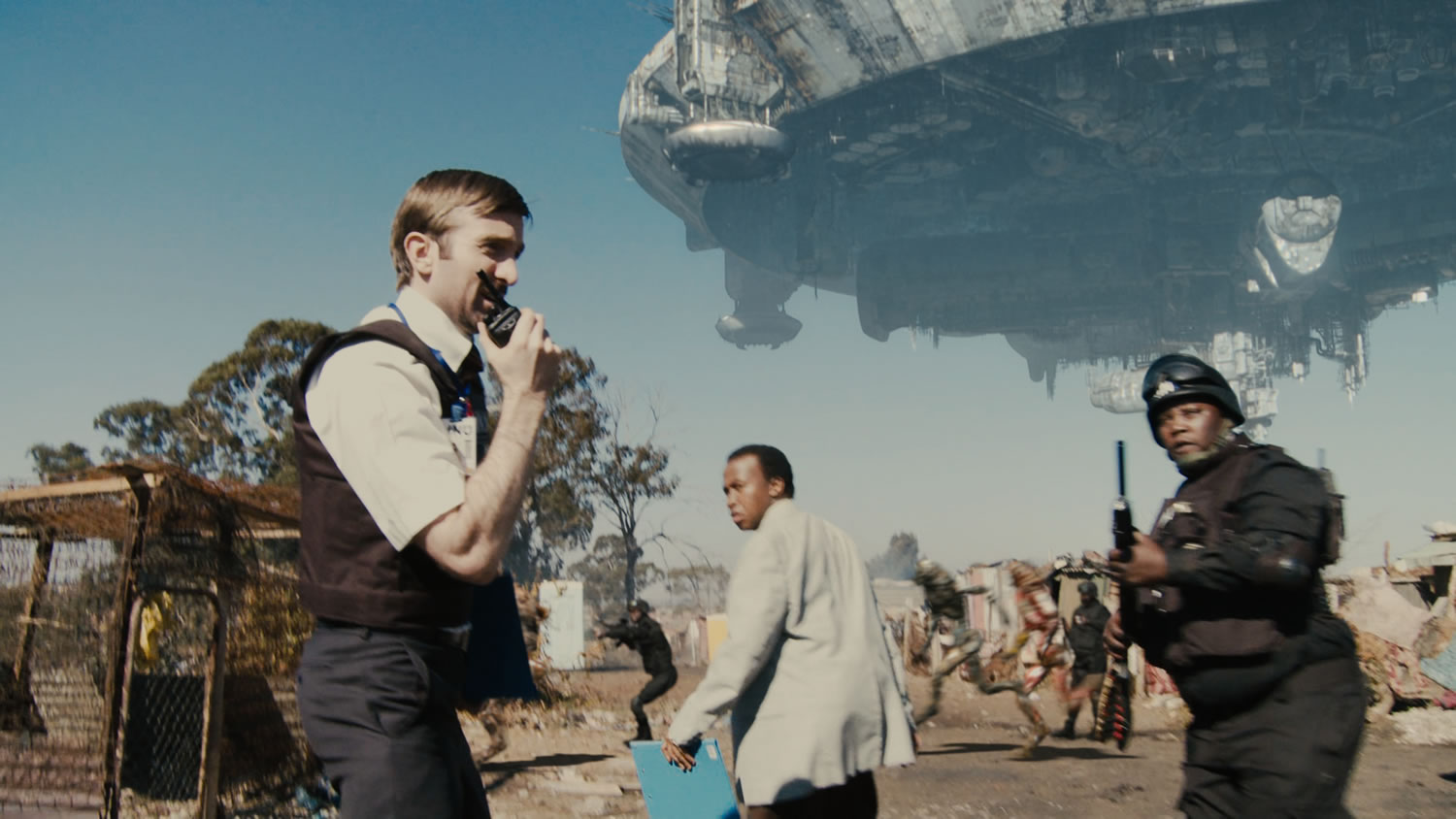 Yeah. Aliens AND politics. My kind of entertainment!
You already know this is a positive review, look how highly I talked about it before.

This takes place in modern day time, 2010 or so, but in an alternative history. South Africa has always been known for its rambunctious nature and high levels of racism. But did you know in 1982 an Alien Spaceship landed above Johannesburg? Of course not, it is a movie, ffs.

Well, they checked out the ship that wasn’t attacking them and found hundreds of malnourished aliens on board that they now call Prawns, a racial slur against them. They were put into a government campsite outside of Johannesburg, named District 9 and given tiny shacks and junk yards to live in. There is constant pressure from those in Johannesburg, who hate the shit out of them, and internal struggles in their poor neighborhoods, so eventually the government wants them to be moved.

These aliens have rights though. They have to be evicted first, before they can be put in a new location much farther away (And a lot more shittier).

Wikus Van De Merwe (Sharlto Copley), a random bureaucrat, has been assigned to give the notices. There is a lot of eyes watching the process, to make sure they don’t harass the prawns, so many news organizations have sent representatives. They also have a small armed force, lead by Koobus Venter (David James). But what happens when they find more than just a few homes smuggling alien weaponry, and discover something even bigger is forming?

Even more quizzical, what happens when they discover the black goop? 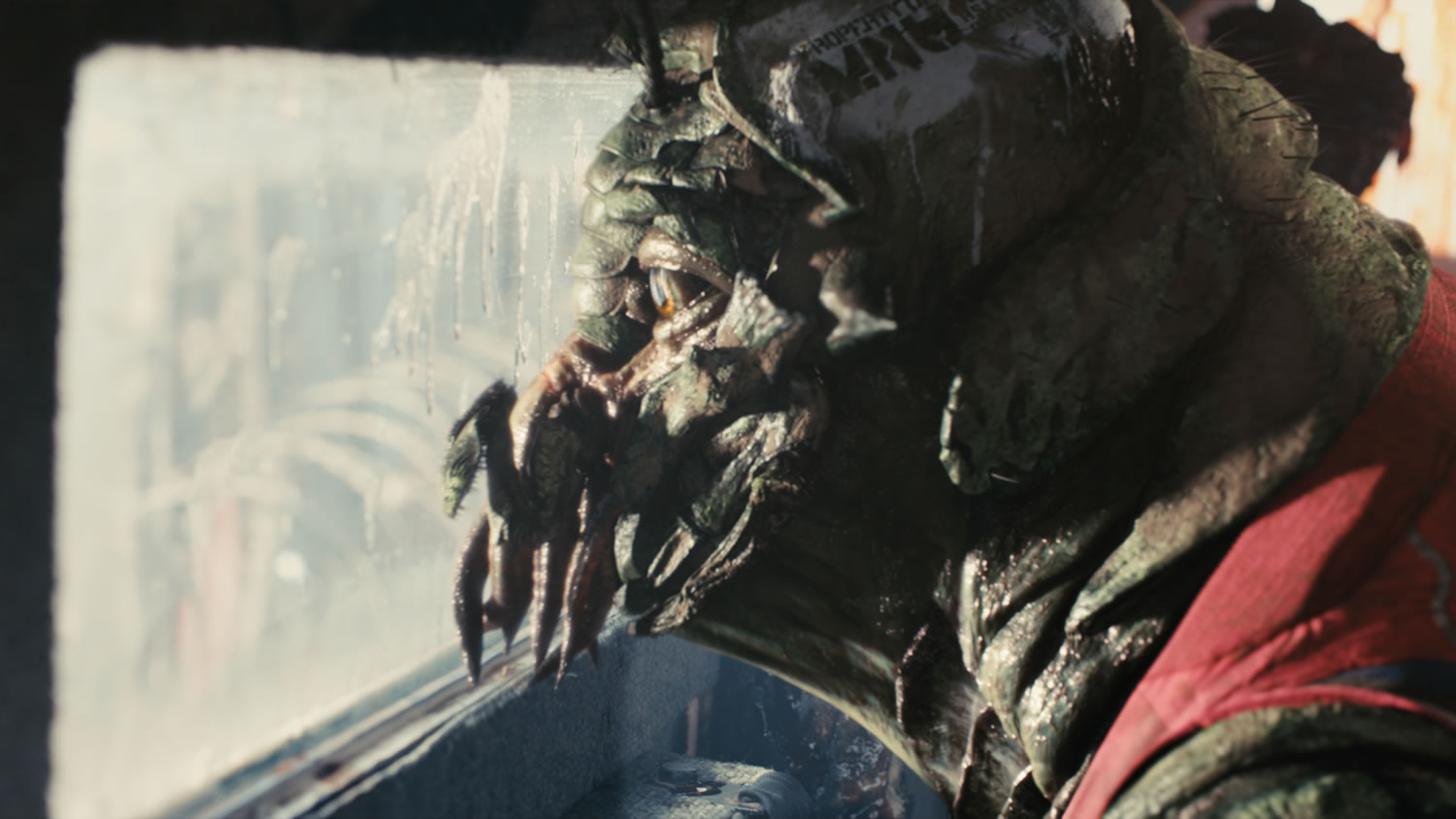 One thing I certainly forgot in the four years since I saw this movie in theaters? It is kind of gross. The attention to detail is high, and that leads to some cringe worthy scenarios in my stomach area. Lot of violence. People die. Aliens die. People die in weird ways. Other things happen that are gross that I can’t really describe without spoilers. But seriously, gross gross gross.

However, at the same time, it is just so fucking well done. The plot, the intrigue, and the acting. Only one actor really matters in this movie, good ole Sharlto, who had basically his first role with this film. He carries it on his back, despite being a big unknown. Especially when a lot of the movie deals with him interacting with aliens and Nigerians, he really stands out (racist?).

However, there is one thing that keeps me from giving it a 4. Part of the reason I would give a 4 comes from rewatchability. I can watch a great movie, and love its acting, but if I don’t think I would want to watch it again in a few years, it can’t be a 4 for me. Now, this one took me about three years to finally watch after buying it, which is a huge amount of time. I didn’t finally watch it because I wanted to, just had to before Elysium.

So, with that, that explains the 3. Very good, watch it at least once and be happy.