The male stripper film sensation has really taken off. Three in just a few years! What an exciting new genre. I can only imagine that soon these will be marketed towards teenagers and driving big summer franchises based on “novels” and produced by Lionsgate!

Why did I want to see Chocolate City? Well first of all, I try to watch all the dance movies. Even after seeing the disgusting Battlefield America.

Second, come on, it is basically being advertised as the Black Magic Mike. Outside of bad Marlon Wayan parodies, if your film can be described as the black version of another film, then generally it could be very entertaining. Because it isn’t just an actor swap, it is a complete genre shift, with different issues and different goals. 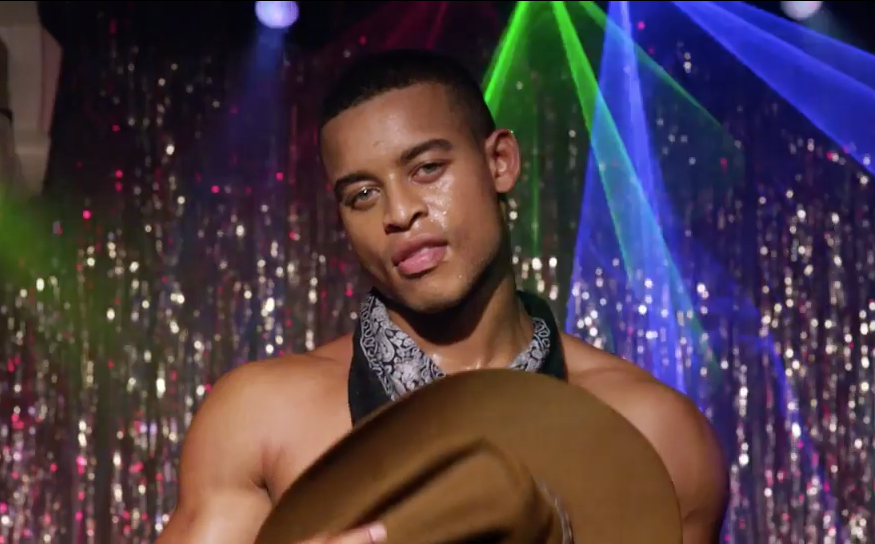 Or they could stare deeply into your soul and take it when you are most vulnerable.

Michael (Robert Ri’chard) is in college, on a partial scholarship, and working at a local diner as a chef. He has friends, rides a bike, and does good in school. And he can dance. That is important. But things aren’t looking super good at his house. His mother (Vivica A. Fox) is struggling to pay bills, and his older brother who lives at home (DeRay Davis) doesn’t have a job either. So funds are barely coming in, but he is told not to worry, he needs to work on his school work.

Despite his mom’s wishes, he gets some overtime at work. But in a bathroom, he also meets a man named Princeton (Michael Jai White), who offers him some working gig. So Michael grabs his brother and they meet up with Princeton at his club. They expect to be in line for bouncer or server or something, but sure enough, he runs a male stripper club, and it is amateur night. Since they already came all this way and Michael has muscles, he hits the stage, and makes a ton of dollar bills.

This is something he can really start to enjoy. All the attention, even if he has a girlfriend (Eurika Pratts), the money to help his family, and the money to help himself. He can be Sexy Chocolate, a terrible dancing name, but it is what it is. He just has to lie to everyone about where it is coming from and make sure people know it isn’t drugs. Hooray! 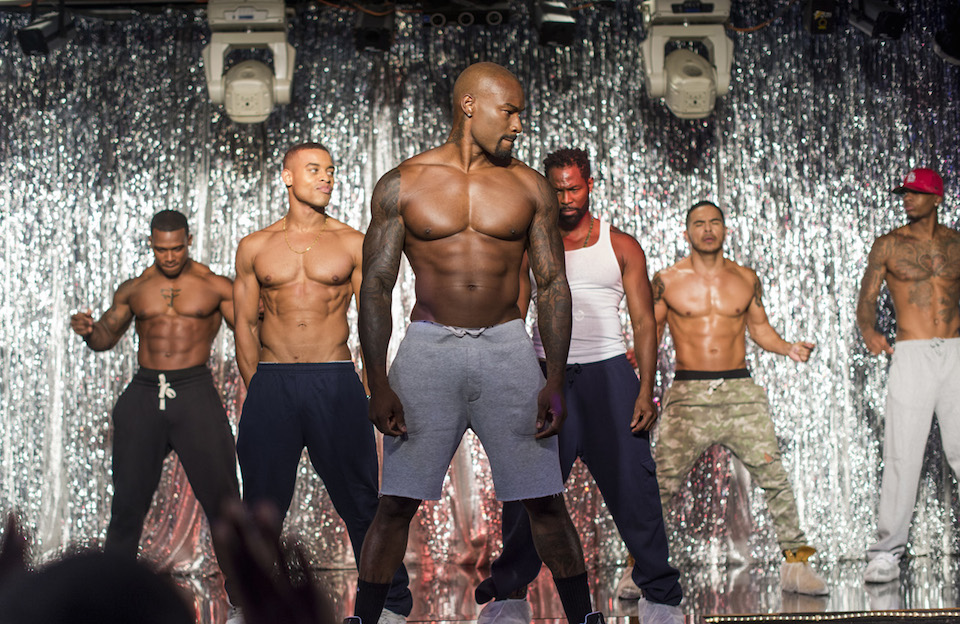 They had to train for a big group dance. Because Magic Mike.

Chocolate City knows it is the “black Magic Mike” and they run with it. Hell, they make two references to the film, one almost instantly. Which again, is not an issue as long as they tell their own story and make it believable or entertaining or decent.

But they didn’t. They went one of the cheap routes, and gave us a lazy movie hoping to monetize off the success of another film. Damn.

First of all, the dancing in this film was lackluster and mostly missing. A lot of shots show their dancers only from the waste up, especially our main character early on. I can’t imagine him becoming a big success, when we never really get to see him show off his moves. They have him and the other dancers starring straight at the camera, in order to make you few like a patron I guess, which is more awkward than interesting.

Some of the non-star dancers we can see dancing, but even then, the choreography is lame or very simple. The ladies in these clubs apparently just rain down the dollar bills for barely anything as if they have endless purses.

Say what you will about Magic Mike, but the excellent dancing was half the point.

I have no idea what is up with this director, Jean-Clause La Marre. He has directed and produced a lot of films, all low budget, and a lot of them where he stars in them as a Pastor Jones character. He really likes to play a preacher I guess. It is comical looking at his IMDB page and quite clear he might not be the most qualified person to direct an entertaining male stripper film.

Our characters aren’t really relatable. The main star is a dumb ass who lies to everyone. And eventually, of course, he sees the light and realizes he should stop. Of course. Except the very last scene ruins any amount of character development he might have gained by the end, turning the whole film into a quick “just kidding!” joke.

I am disappointed with Michael Jai White too. I enjoy him for the most part, and he is playing the Matthew McConaughey role, but it never really pays out or has that level of professionalism.

I guess I will just see where it goes, because coming this year, Chocolate City: Vegas!