Burke and Hare (which has been a movie before) is loosely based on the murders committed by William Burke and William Hare in Scotland in the 1800s.

The main difference is that the 70s version was a horror, so presumably scary. The modern version is a dark comedy, and thus well…strange. 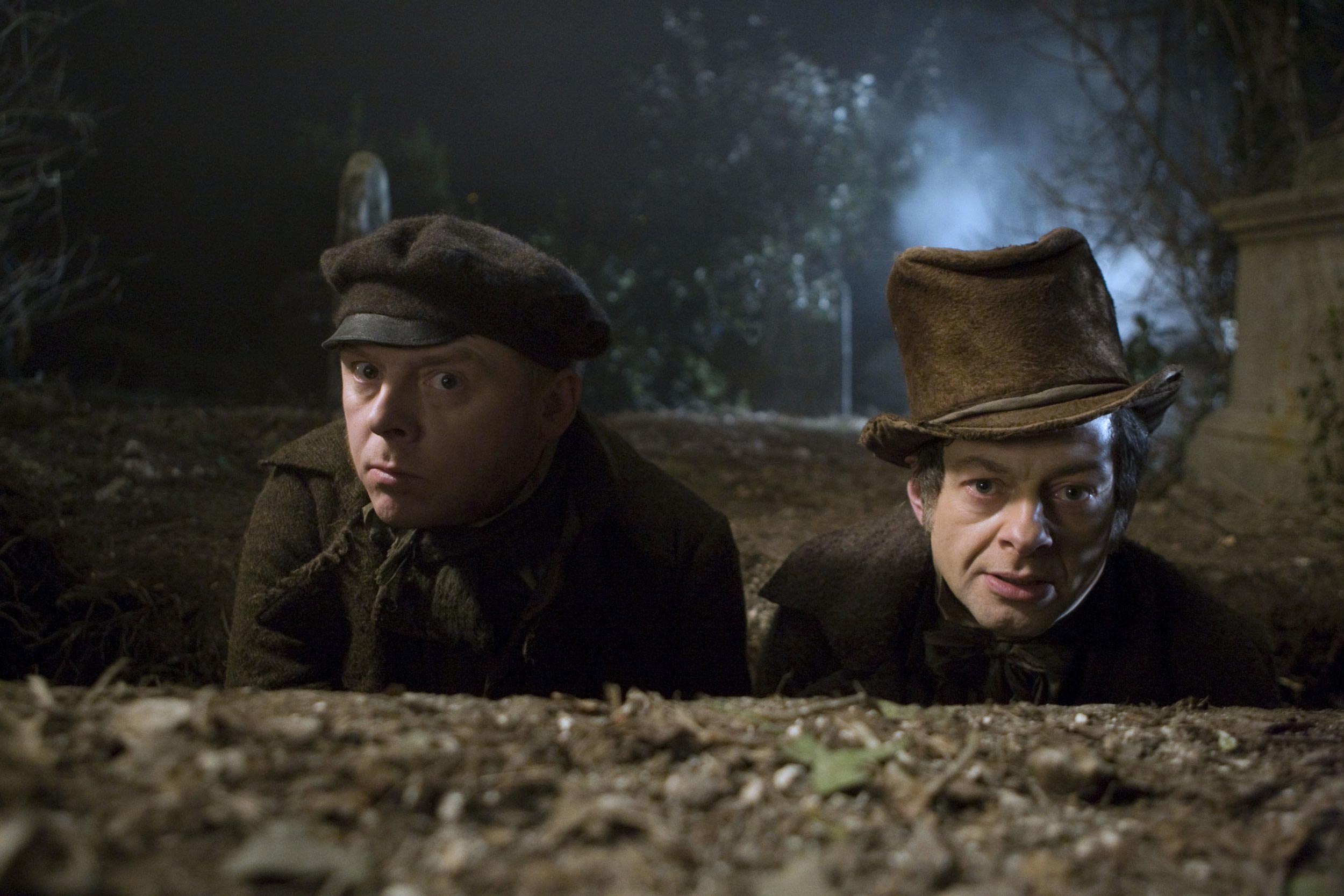 I feel like they are staring into my soul.

Burke and Hare are played by Simon Pegg and Andy Serkis respectfully. The movie is narrated by Angus the Hangman, played by Bill Bailey, who begins the story with a hanging, of course. The corpse is normally sold to the highest bidder, between two doctors, Tom Wilkinson and Tim Curry. They both teach at medical schools and use the bodies for dissections, (While Curry is having to resort to live patients).

Burke and Hare are down in the dumps! They are out of cash, and all of their plans go awry. When Hare’s wife mentions an Inn-patron died, they give the body to Wilkinson, and receive a nice fund. They enter a deal that if they can give him two bodies a week, they will be handsomely rewarded! First they attempt to dig up bodies in a graveyard, but they aren’t fit for dissection. Bones and what not only.

So instead? Murder! Specifically those about to die (at first). Or bad people. Or whatever. Soon they also get mixed up with blackmailers. Aka someone they have to give money too for “protection”. Hare wants to save up money to start a funeral parlor business (Which may be the first of its kind). Burke spent a lot of his money on the production of an all woman theater group for MacBeth. Starring Isla Fisher of course.

But eventually people get suspicious. WILL THEY BE CAUGHT? (this is history, yes, kind of). WILL THEY HELP SCIENCE? (yes) IS THAT CHARLES DARWIN OVER THERE? (yes). Well that’s cool.

The movie was decently funny. Simon Pegg was not with his normal ensemble that you always see, but instead with Smeagol. That was a change. 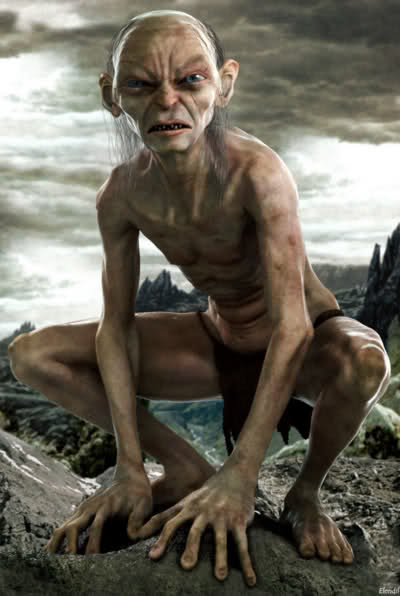 But the thought of this guy being a murderer? Easy to grasp.

I am sure a lot of the history was embellished, but it is definitely and interesting story. Parts were decently amusing, but amusing is really as far as it went. I liked all the science tidbits in the movie, especially the scene at the end where they showed where William Burke is today. Who doesn’t love movies that give you those tidbits at the end?